RCR Wireless NewsIntelligence on all things wireless.
YOU ARE AT:Network InfrastructureAT&T outlines DAS plans for 2015 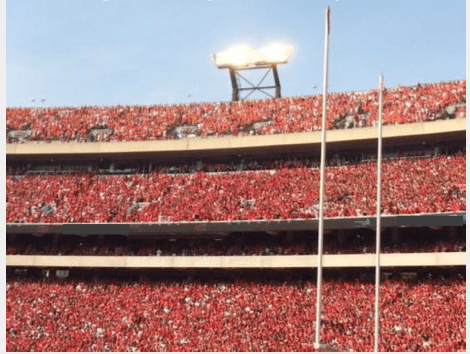 AT&T’s Paula Doublin likes to say that she is part of the “greatest business on Earth.” As AVP of antenna solutions, DAS and small cells at AT&T, Doublin oversees in-building wireless projects throughout the United States. She says her job has given her a love-hate relationship with several major college and professional sports teams that play in stadiums now served by AT&T distributed antenna systems. The University of Georgia (pictured above) is a perfect example – Doublin loves the school and the stadium now that AT&T’s DAS there has been successfully completed.

In the year ahead, Doublin foresees more capacity builds and more DAS deployments in commercial buildings like hotels, malls and large office buildings. She says that AT&T uses at least five criteria to evaluate potential DAS projects: customer experience in the building; the likelihood that other carriers will share the cost of the DAS; the quality of coverage outside the building; the physical state of the building and the owner’s involvement; and last but not least, the expected return on investment.

Spending on capacity
AT&T says its overall capital expenditures will be lower next year than in 2014, but the carrier does not appear to be cutting back on spending related to distributed antenna systems. Adding capacity to existing neutral host systems is a particular priority.

Neutral host systems are those that support more than one carrier. Doublin said that AT&T builds DAS that are neutral-host from the outset, in an effort to make them attractive to subsequent carriers.

“All they need to bring is RF,” said Doublin. “They pay a capital contribution based on how many sectors they want.” Adding new carriers to existing DAS is expected to be a driver of capacity builds in 2015.

100 hours per minute
Video will be another driver of capacity builds in the year ahead.

Doublin recently told an audience at LTE North America that according to YouTube, 100 hours of video are uploaded every minute. She expects video to eventually permeate every aspect of mobile communication.

“There’s going to come a point in time where you’ll never just use voice only,” she said. “Every call will be video, every bit of entertainment will be video.” Doublin said this is her personal outlook, but it clearly informs AT&T’s network priorities. “In order to make that happen you have to start to build a foundation now, so the networks that we’re building now have to lead into those. That’s why we’re calling it a video first architecture,” she said.