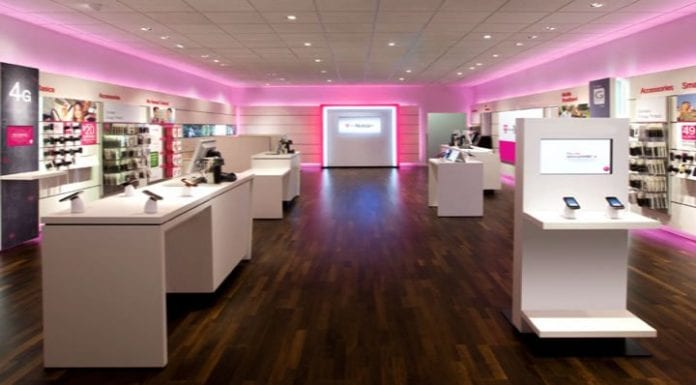 T-Mobile US continued to show it remains a force to be reckoned with among domestic operators, posting yet another strong quarter of customer growth boosted by robust demand for Apple’s latest iPhone line. However, that growth continues to come at a cost.

The nation’s No. 4 carrier said it added more than 2.3 million net connections to its network during the third quarter, more than double what it posted the previous year and nearly matching its record 2.4 million net additions from the first quarter of this year. The most recent growth was on the back of postpaid connections, which accounted for nearly 1.4 million connections and dominated by traditional handset connections.

Direct prepaid connections accounted for just 411,000 net customer additions for the quarter. Prepaid growth was boosted by T-Mobile US’ MetroPCS offering, which the carrier has rapidly expanded following the acquisition of those assets last year. The growth was in stark contrast to Q3 prepaid results posted by AT&T Mobility, which lost 192,000 prepaid connections as it continues to integrate its Leap Wireless assets.

T-Mobile US noted that the recent iPhone 6 launch was its biggest device launch ever with approximately 45% of all phone sales. Apple iPhones accounted for 20% of its device base at the end of the third quarter, with T-Mobile US expecting to potentially gain share from iPhone customers at AT&T Mobility coming off contract. Recent reports had suggested that T-Mobile US gained significant market share from the iPhone 6 launch.

Customer churn improved year-over-year, dropping from 1.7% to 1.6% on the postpaid side and from 5% to 4.8% on the prepaid side. However, both metrics were up sequentially from the 1.5% and 4.5% posted during the second quarter, which the carrier attributed to “seasonality.”

T-Mobile US made a point to note that the credit quality of its customers had hit its highest level, boosted by Verizon Wireless customers porting into T-Mobile US service. The carrier claimed that 77% of customers porting in from Verizon Wireless were considered “prime” in their credit rating and that 93% of those posts were to a postpaid plan. This comment would seem to have been directed at Verizon Communications CFO Fran Shammo, who during that company’s quarterly conference call seemed to indicate that the carrier was seeing prepaid customers moving towards postpaid services. Verizon Wireless reported meager prepaid growth, but highlighted its efforts to maintain high credit requirements for its postpaid service.

Average revenue per user was a mixed bag: with traditional postpaid ARPU falling $2.78 year-over-year to $49.84, while traditional prepaid ARPU was up $1.88 to $37.59. The dip in postpaid ARPU was linked to continued adoption of the carrier’s Simple Choice rate plans, which accounted for 84%of accounts at the end of the quarter. When including monthly revenue from T-Mobile US’ device financing option, postpaid average monthly revenue increased $2.51 to $61.59 in the third quarter. T-Mobile US reported that net receivables associated with its device financing program more than doubled year-over-year to nearly $4 billion in the latest quarter.

ARPU growth along with its larger customer base pushed total revenues up nearly 10% to $7.35 billion for the quarter. Expenses increased a larger 14.2% year-over-year, which increased net losses from $36 million in 2013 to $94 million this year. The most recent loss was also a stark turnaround from the $391 million in profit T-Mobile US posted during the second quarter of this year and was greater than forecast.

Adjusted earnings before interest, taxes, depreciation and amortization remained flat year-over-year at $1.3 billion, but down more than 7% sequentially. T-Mobile US attributed the drop to costs associated with its strong customer growth. EBITDA margins also dipped from 26% during the third quarter of last year to 24% this year, and below expectations of around 25%.

Investors did not seemed phased by the shortfall as T-Mobile US’ stock (TMUS) was trading up around 2% early Tuesday.

Capital expenditures ticked up slightly, growing from just over $1 billion last year and a touch less than $1 billion during the second quarter of this year to $1.1 billion during the latest quarter. T-Mobile US this week announced that its LTE network now covered 250 million potential customers, which was ahead of its previous year-end guidance.

Looking ahead, T-Mobile US’ management echoed comments by rivals in stating that a significant backlog of orders for Apple’s latest smartphone products will be felt during the fourth quarter. The carrier did note that inbound porting rates from its larger rivals in October had increased slightly so far in October compared with Q3 numbers, though a significant dip had been seen in relation to Sprint. T-Mobile US management complimented pricing changes implemented by recently installed Sprint CEO Marcelo Claure, which could see Sprint show improved gross customer additions when it reports quarterly results next week, though T-Mobile US was quick to note that the increase would not come at the expense of its operations.