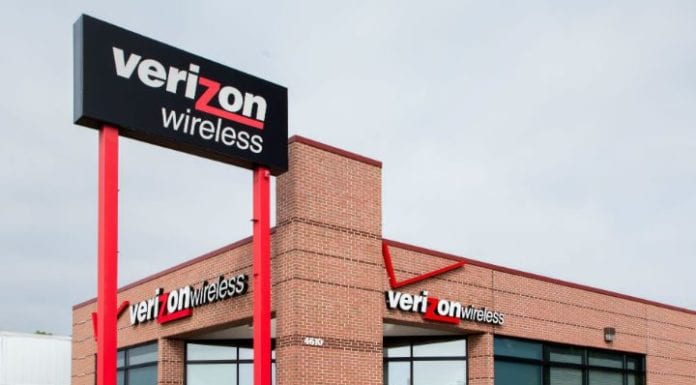 The carrier said it added 1.525 million direct net customers during the quarter, a significant 43.7% bump compared with the third quarter of 2013, and just ahead of the 1.427 million net adds posted during Q2. The most recent growth was nearly all attributed to lucrative postpaid customers, with Verizon Wireless’ tepid prepaid offering adding just 9,000 net customer additions. Analysts had been expecting the carrier to add around 1.2 million net additions for the quarter.

Growth was boosted by new device segments, with the carrier noting more than one million net additions came from tablets and other connected devices. Smartphones accounted for 457,000 net additions during the quarter and 77% of its total postpaid connections. Verizon Wireless finished the latest quarter with just over 106 million direct connections on its network, a 4.9% year-over-year increase.
Verizon Wireless’ growth came despite a slight uptick in customer churn, with postpaid churn increasing from .97% during the third quarter of last year to 1% this year, while overall direct churn increased from 1.28% to 1.29%.

Consumer spending increased 3.5% year-over-year, with postpaid average revenue per account surging to $161.24. Those accounts included an average of 2.83 connections, which translated to $56.98 in average revenue per connection per month. The carrier also noted that 57% of its “accounts” were signed up for one of its More Everything shared data plans.

Helping to boost spending was the continued migration of customers from legacy 2G and 3G services to the carrier’s LTE network. Verizon Wireless said it added 2.3 million net postpaid customers to its LTE network during the latest quarter, including 1.2 million smartphone and 1.1 million tablet connections. Overall, 10.2 million LTE devices were activated on its network during the quarter, with the LTE network now handling 79% of Verizon Wireless’ total data traffic.

Verizon Wireless reported that capital expenditures increased 1.3% year-over-year to nearly $2.5 billion for the quarter, and are up 16.2% through the first nine months of the year to $7.8 billion. Total capex across Verizon Communications is expected to come it at $17 billion for the year and remain flat through 2015. Verizon’s management did say it would “entertain” offers for its tower assets, but that it was not rushing those efforts. Recent reports have suggested that Verizon was in talks with banks and tower companies about a possible sale of its roughly 12,000 towers, which could generate nearly $6 billion in cash.

Earnings before interest, taxes, depreciation and amortization grew just 1.7% to $9.1 billion, with Verizon Wireless’ EBITDA service margin actually falling from 51.1% last year to 49.5% this year. Analysts were expecting EBITDA of around $9.2 billion for the quarter, with an EBITDA service margin north of 50%.