RCR Wireless NewsIntelligence on all things wireless.
YOU ARE AT:HetNet NewsReader Forum: Is your infrastructure in for a VoLTE of shock? 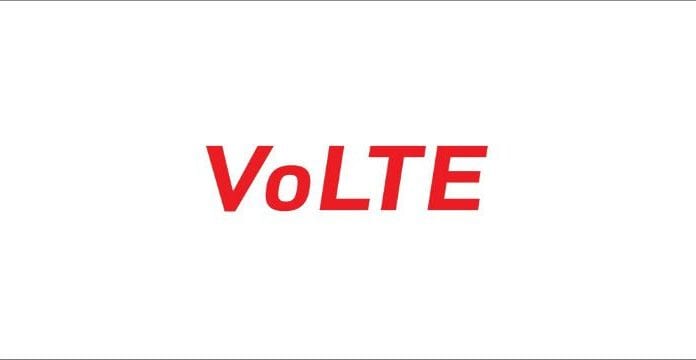 Reader Forum: Is your infrastructure in for a VoLTE of shock?

Historically, making phone calls was the primary use for mobile phones. Mobile telephone networks were optimized for voice and were effectively retrofitted to transmit data.

Fast forward to today when mobile phones provide instant data access. According to analyst Chetan Sharma, the fourth quarter of 2013 was the turning point in which the U.S. mobile industry started making more money from data than from voice — signaling an important shift in mobile. Today, mobile networks must be optimized for data and voice needs to ride on top of these data-optimized networks. Voice over LTE — or VoLTE — is the 3GPP-standard way to carry voice calls on LTE networks. It is essentially a highly-advanced mobile form of voice over IP.

To date, more than 40 operators around the world are in varying stages of VoLTE service implementation. Some, like SK Telecom in Korea and T-Mobile US and AT&T Mobility in the United States, already offer commercial VoLTE service. While others including Verizon Wireless and Vodafone are expected to deploy within the next year. According to ABI Research, by the end of 2014, there will be 59.6 million VoLTE users in place — a small fraction of total mobile voice users but a significant opening round of adoption. A recent IMS survey estimates that by 2016, 83% of operators will offer VoLTE, up from 3% today.

VoLTE is good for operators and subscribers

Operators are at risk of losing voice business to over-the-top voice and videoconferencing solutions such as Skype, WhatsApp and Viber. VoLTE will enable them to provide a superior experience compared to OTT voice solutions. With VoLTE, voice is carried in packets alongside data through the same core network infrastructure with full quality of service built into the end-to-end architecture. Further, operators can use VoLTE as a means to deliver HD Voice services that use wideband speech codecs and other acoustical improvements to provide clearer, more natural voice calls. In recent testing in a live VoLTE deployment, Signals Research Group found that VoLTE had significantly higher quality and more efficient network utilization than Skype.

With an LTE network, VoLTE alleviates the need to put mobile users into circuit-switched fallback — a process by which a phone in an LTE session converts to a 3G voice connection when a call is placed or received. This fallback adds a noticeable delay to the call setup, so avoiding the need for LTE-to-3G switchovers is another motivation for VoLTE implementation.

VoLTE provides an opportunity to offer a greater diversity of operator services that compete with OTT apps. Rich communication services refers to a standard set of enhanced calling services such as video calling and messaging by leveraging VoLTE and the intelligence of the IMS core network. In enterprises, VoLTE can provide the foundation for hosted IP-PBX services in which users’ mobile devices gain the features of PBX extensions, such as directory dialing, while retaining the power and personalization of the user’s own smartphone.

In addition to new and higher quality services, VoLTE also provides tangible cost savings opportunities for operators. LTE is more efficient in how it uses spectrum — allowing for more conversations to occur on the same spectrum than with 3G voice. Further, VoLTE will allow operators to streamline their network infrastructures. While it is common for operators to maintain more than one network, it requires managing different sets of equipment that run parallel to one another. As such, VoLTE represents an opportunity for operators to consolidate data and voice traffic onto a single network. By doing so, operators can then start to scale back 3G network resources, and ultimately discontinue 2G and 3G networks altogether. This also enables them to “re-farm” their 2G and 3G spectrum for use with 4G, enabling better utilization of that very precious and limited resource.

But is your infrastructure ready for VoLTE?

As 80% of mobile usage is indoors, it is critical that operators consider VoLTE support in their small cell planning. LTE standards specify multiple classes of “bearers,” that is communication channels with particular bandwidth, delay and priority characteristics suitable for different applications: messaging, Web browsing, streaming video, voice calling, etc. For VoLTE, the specified bearers ensure low delay, high priority and moderate bandwidth. Obviously, for a small cell to support VoLTE it needs to recognize a VoLTE connection and provide the correct bearer channel.

Most LTE macro network infrastructure supports VoLTE, but this is not necessarily the case with current generation small cells. Macro network equipment is high-cost, and it is designed for a long-term investment with flexibility for future upgrades. By contrast, small cells are typically cost-optimized for high-volume residential or small business usage, with little headroom for significant feature upgrades.

But beyond hardware design and channel support, the way that small cells are deployed — especially in enterprises and public spaces — creates special challenges for VoLTE. In these environments, small cells are densely deployed, creating border interference that results in increased delay and jitter (the variance in delay). Because voice calling requires extremely low delay and jitter, this interference effectively precludes the deployment of VoLTE in these areas served by small cells. Dense small cell deployment will also create frequent handovers as users move about within a building and generate signaling load on the mobile core network. When a user on a VoLTE call is moving along a cell border, ping-ponging can occur, causing handovers to be delayed, which results in even more interference, further degrading voice quality.

New small cell architectures are emerging to address the small cell limitations described above. The concept of “small cell cloud RAN” — in which baseband processing is pooled across a large number of radio points — allows a large indoor coverage area to behave like a single cell, with no borders and hence no border-induced delay, jitter or handovers, effectively providing a superior VoLTE experience.

This architecture also lends itself to greater upgradeability of installed systems. The “brains” of the systems are concentrated in a centralized controller that is inherently a more powerful device that can support the addition of new features. The remote radio points do a more limited amount of processing and therefore can support new features with zero-touch (remote firmware) upgrades or with no upgrade at all.

VoLTE provides an exciting opportunity for operators to simultaneously improve service quality and network efficiency, but to fully gain the benefits of VoLTE mobile operators need to ensure that their small cell infrastructure meets VoLTE requirements. Given the rate at which VoLTE is growing, small cells that do not meet its requirements will be obsolete within 18 months.

With over 20 years of experience in the communications industry, Mike McFarland currently leads Airvana’s product management and marketing. Prior to Airvana, he was a Senior Product Line Manager at Cisco Systems for several multi-billion dollar product lines. He was a founder of SetWave, and has had strategy and technology roles at Mercer Management Consulting, Ameritech and Accenture. McFarland holds an MBA from the J. L. Kellogg School of Management and a BSME from Northwestern University, and graduated first in his class from both schools.