RCR Wireless NewsIntelligence on all things wireless.
YOU ARE AT:Evolved Packet Core (EPC)Reality Check: Building out the LTE network 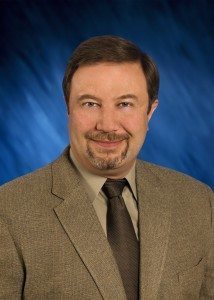 Editor’s Note: Welcome to our weekly Reality Check column where C-level executives and advisory firms from across the mobile industry share unique insights and experiences.
A look at the demand profile for 4G/LTE communications shows what’s in store for network developers. A recent Cisco Systems forecast predicts an 11-fold increase in mobile data traffic by 2018. And more than half of the 190 exabytes of data flowing over the wireless network is expected to be carried over 4G/LTE networks.

As wireless service providers work to roll out faster LTE service, they must invest significantly in the backhaul and core network infrastructure to deliver greater bandwidth and faster speeds, essential for connecting the more than 10 billion wirelessly connected devices anticipated by 2018. Building out the LTE network affects many aspects of wireless network development, including network Ethernet switching, high performance processors in cell sites, improved backhaul systems, network controllers and enterprise wireless LAN development.
The cloud is going to figure significantly into the network capacity build-out plans of wireless service providers. In a 2014 report, research firm Markets & Markets forecasts spending on cloud computing will grow by $677 billion between 2013 and 2016. Just for perspective, total IT spending globally in 2013 totaled $3.7 trillion. Carriers are expected to rely largely on cloud scale networks to meet the demand and a number of important and innovative technologies are under development to enable the transition.
Chief among the number of emerging technologies is network function virtualization, a variation on server virtualization that virtualizes multiple network nodes to deliver communications services on a broad scale. NFV moves networking functions from dedicated appliances – such as routers and switches – to general purpose servers that run virtualization technology in order to make Ethernet networks more scalable, agile and efficient.
Also emerging as important innovations are evolved packet core and virtualized EPC technologies. EPC represents the next evolution of the widely used 3GPP core network architecture. With EPC, packets are transported more quickly across the network using Internet protocol instead of a circuit-switched domain. VEPC technology virtualizes the capabilities of the EPC on wireless networks that will be increasingly delivered as a cloud service.
In the backhaul, transport providers will face substantial challenges to meet expanded LTE network bandwidth requirements. Providers must ensure accurate timing and synchronization over packet networks and smartly manage traffic. Key to this backhaul enhancement is what’s known as the consolidated radio access network. CRAN technology enables the development of larger base stations that consolidate many remote radio heads and towers into a single processing pool. But, accomplishing that depends on the integration of higher performance processors.
Besides the upgrades required in the backhaul, front haul network capacities also must increase capacity to carry common public radio interface traffic from the radio head to the base station. CPRI, an industry standard specification for the interface between the radio head and the base station, has made this specification a well-established interface and the main track for the majority of radio base station products.
Coming LTE networks will also deploy millimeter wave technology to enlarge the data pipeline. Millimeter waves are wireless frequencies measured in 60 GHz bands and above. These frequencies are capable of delivering 200-times the amount of bandwidth and data speeds as compared with lower frequencies. Millimeter wave technology provides a critical link from a base station to a radio access network and makes it possible to “daisy chain” multiple base stations together before terminating in the RAN. Millimeter wave can also carry CPRI traffic directly to the CRAN.
Related developments include 4K quadrature amplitude modulation on microwave links, the state-of-the art way of increasing amplitude modulation on networks, as well as wider use of fiber backhaul networks and 10-gigabit Ethernet connectivity to cell sites – replacing 1 GbE connections – which all combine to deliver optimum performance, but will also depend on integrated high performance processors.
Faster networks must also feature a significant improvement in processor capabilities at cell sites with such innovations as multi-core processors, multiple input-multiple output technology, digital signal processing at the base station as well as fabric networks that offer multiple pathways for packets to travel, thus easing network congestion.

Taken together, these network innovations will improve the speed, capacity as well as the security of LTE networks in order for carriers to deliver robust new device applications, faster connectivity and an overall better user experience. From a consumer perspective, LTE promises a giant leap forward in user experience with faster downloads and uploads, fewer dead spots and uninterrupted streaming. In addition, LTE’s faster speeds provide application developers with more options for creating better new experiences in mobile gaming, banking, socializing and shopping. By building out LTE networks, service providers can improve customer loyalty, reduce subscriber churn and increase revenue.
Nicholas (Nick) Ilyadis serves as VP and CTO of Broadcom’s Infrastructure and Networking Group (ING), responsible for product strategy and cross portfolio initiatives for a broad portfolio of Ethernet chip products including Network Switch, High Speed Controllers, PHY, Enterprise WLAN, SerDes, Processors and Security. Prior to Broadcom, Ilyadis served as VP of Engineering for Enterprise Data Products at Nortel Networks and held various engineering positions at Digital Equipment Corporation and Itek Optical Systems. Ilyadis holds an MSEE from the University of New Hampshire and a BTEE from the Rochester Institute of Technology.