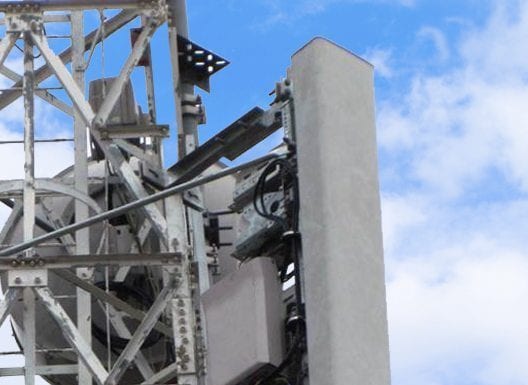 Wireless carriers are constantly on the lookout for ways to improve network efficiency, including squeezing as much coverage and capacity out of their current spectrum positions. That quest has been helped with the recent move towards LTE, which with its all-IP-based core, allows operators to transmit greater amounts of data with lower overhead.
Another arsenal that has come along with LTE is the move to smarter antenna technology, and more specifically multiple-input and multiple-output advances. Traditional LTE deployments rely on a so-called 2×2 configuration, where a cell site and mobile device rely on two antennas to handle transmit and receive of data.
However, operators are also starting to take the next step in MIMO technology with a so-called 4×2 MIMO configuration that doubles the number of antennas at the cell site. One domestic carrier taking a strong position with this technology is T-Mobile US, which has begun to rollout the enhancement in some markets.
Looking to gather specific benefits that come along with this move, Signals Research Group earlier this year went to Dallas, where T-Mobile US had 4×2 MIMO deployed to gather some in-the-field data on network performance. The short story is that SRG found strong increases in network performance speeds, especially on the uplink connection, and an even greater performance gain in terms of strength of signal near the cell edge. In addition, testing showed that the 4×2 MIMO implementation helped to preserve battery life in mobile devices due to that device not having to transmit back to the tower with as high of level of power.
In its testing, which was across T-Mobile US’ LTE network running 40 megahertz of total spectrum (20×20 megahertz downlink/uplink), a category four smartphone and a 4×2 closed-loop MIMO configuration, SRG say peak data rates of 143.8 megabits per second on the downlink and nearly 47 Mbps on the uplink. SRG added that downlink speeds exceeded 10 Mbps nearly 95% of the time, with uplink speeds in excess of 10 Mbps 87% of the time.
With consumers increasingly adopting video calling features like Apple’s FaceTime and over-the-top applications like Skype, SRG founder and CEO Michael Thelander explained that this increase in uplink speeds was perhaps the more significant finding of its testing. Thelander spoke with RCR Wireless News on the results of the company’s findings, as well as provided greater insights into what the move to 4×2 MIMO could mean for the wireless market.