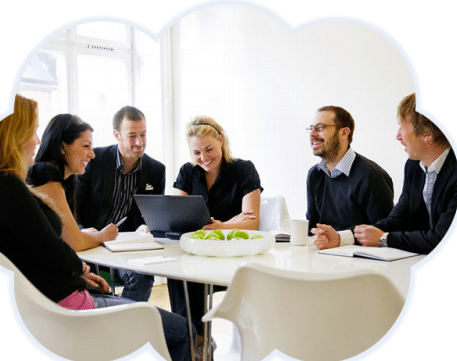 Enterprise small cells have been of interest to mobile operators for some time, but only recently have the end users of these solutions started to appreciate their potential value.
“I think we’re just starting to see a legitimate enterprise demand for in-building cellular, and I think part of that is just coming from frustration that they don’t have indoor coverage,” said Alcatel-Lucent’s Mike Schabel, VP for small cells.
“I am not sure that they completely understand it yet, because given their experiences with [distributed antenna systems], they are looking for neutral host in all cases,” said Schabel. “I think small cells, by nature of the fact that there are some integral pieces that belong to the operator, are not inherently neutral host today. I think there are pathways to get there, but they’re not there today.”
Schabel joined Peter Jarich of Current Analysis and Ronny Haraldsvik of SpiderCloud Wireless on a recent RCR Insights panel.
SpiderCloud’s Ronny Haraldsvik agreed that the enterprise experience with distributed antenna systems has impacted the way many IT managers look at small cells.
“For the last ten years the enterprises have been conditioned to think about DAS and buying DAS and paying for DAS,” said Haraldsvik. “When it comes to small cells, it is cost effective enough for an operator to pay for that solution themselves.” Haraldsvik said that some of SpiderCloud’s European customers have invested in small cell deployments because they see it as a way to differentiate themselves from competitors.
For the enterprise, one advantage of a single-carrier coverage solution can be the opportunity to outsource maintenance and trouble shooting to the carrier. But that has to weighed against the need to support all employees, many of whom are now bringing their personal mobile devices into the workplace.
“From the enterprise standpoint, they just know they have a bunch of employees who may be on a bunch of different operators and they want to make sure they have solid coverage for all those operators,” said Jarich. “So that’s where you have this interest in multi-carrier or neutral host.”
Schabel calls this the “public access model,” which he distinguishes from the “enterprise utility” model for small cells. He said that if cellular connectivity is an enterprise utility, there is often an expectation that the company will work with one carrier to deliver a secure, controlled set of functionalities. Public access, on the other hand, requires support for many carriers.
“If it’s public access then I think we’ll always have the neutral host type requirement, but I don’t see that as being as much of an economic driver for the deployment of indoor small cells, at least from what I’m seeing,” said Schabel.
Schabel said that enterprise demand for more connectivity often starts with concerns about coverage, which do suggest a public access solution, but as corporate decision makers evaluate the issue they often look for something they can control.
“I think some very savvy enterprise CIOs have been saying ‘Look, I want to unbundle or unwire my network in my building and in an unwired network I need to have a critical enterprise infrastructure,” he said.
Tomorrow: Small cell deployment challenges
Image courtesy of SpiderCloud Wireless
Watch the full interview: