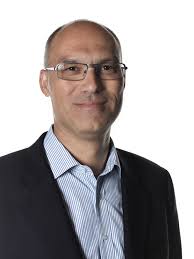 Ericsson executive vice president Johan Wibergh became head of the company’s networks business in 2008, just before the global recession and the emergence of low-cost Asian competitors delivered something of a one-two punch to the largest part of Ericsson’s business. But the company’s networks business has weathered the storm, trimming headcount when needed and insulating itself against regional downturns by competing in 180 countries around the world.

“We were really shattered by other companies a few years back but we feel very, very strong about the radio business and that’s doing great financially,” Wibergh told RCR Wireless. Currency fluctuations had a negative impact on earnings in the fourth quarter, but the underlying strength of the networks business countered that trend.

Wibergh said that Ericsson’s circuit-switched business is declining, but he expects VoLTE to pick up the slack. “That technology will hit this year, at least in the second half,” he said. “It’s the only way to go to voice calls on an LTE network. All the voice solutions you have today, they step back to the legacy networks. If you want to come to a situation where you can allocate your spectrum to LTE and you can reduce traffic on 3G, you need to move your voice to VoLTE, so it’s going to come.”

“It takes time to really get it out with great quality and performance,” Wibergh continued. “It took more than 20 years to build the voice quality of the mobile networks we have today. It’s just not easy in a short time to move to VoLTE and make everything work. But you’re going to see a start this year and then I think we’ll see an increased pace in 2015 and 2016.”

In the meantime, carriers are busy densifying their networks to boost capacity. Wibergh said that Ericsson tries to offer operators a toolkit of radio solutions here.

“There are different solutions that work best in different places so one size doesn’t fit all,” he said. “First of all, you really want to make sure your macro network is as effective as possible because that’s the most cost effective way, if it’s possible to use it. Typically you would improve the performance of existing macro sites, that’s the first step. The second step is to densify the macro network. If that’s possible, it’s usually most cost effective. You put up more macro sites. The third step is you go in there and add on small cells. There are different types of product – there are micro base stations, micro radio units, for bigger areas, then you have pico-based cells for smaller indoor areas. And then you have the Ericsson Radio Dot System that is very cost effective for enterprises.” Wibergh said Radio Dot will start deployments during the second half of this year.

Of all the bandwidth-optimization tools available to carriers, Wibergh is perhaps most excited about SDN, or software-defined networking. The ability to manage traffic in real time is just part of the story. SDN also increases an operator’s ability to offer value-added services. As a major player in radio networks, Ericsson can take a holistic approach to network software. This week the company announced plans to launch a new lab to work on integration and testing protocols for SDN.

“We have high ambitions on the IP and SDN side, we are targeting a top three position there,” said Wibergh, adding that Alcatel-Lucent and Cisco are competitors in the space. “We have a total of 96 contracts on the SSR (smart services router) …. it is still early days, but we are happy with the progress.”