RCR Wireless NewsIntelligence on all things wireless.
YOU ARE AT:BSS OSSReport: iPhone great for data connectivity, BlackBerry for voice 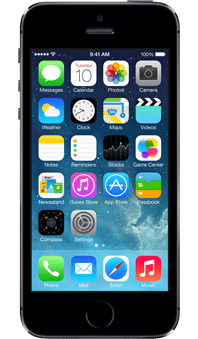 A new report from Actix found that different devices interact with wireless networks in different ways, resulting in the customers experience varying across a carrier’s handset portfolio.

“Handsets perform in different ways, not just because they have different components, such as the antenna and the radio, but also depending on how the mobile network is optimized,” explained Neil Coleman, global marketing director at Actix. “It is possible that if a network has been optimized for one particularly popular handset, other devices will experience an increase in dropped calls and slower data sessions.”

The Actix report noted that the iPhone 3GS dropped the fewest data sessions, followed by Apple’s iPhone 5 and 4S models. At the bottom of the data connectivity list were the BlackBerry 9320, Samsung Galaxy S3 and BlackBerry 9900. Actix noted that 97% of subscriber issues came from data sessions, highlighting the robust growth in data usage by consumers.

BlackBerry turned around the results when it came to voice performance, with the 9320 model posting the best voice connectivity performance, followed by the iPhone 3GS, iPhone 4S and BlackBerry 9900. Samsung, which is the world’s largest smartphone vendor, posted relatively poor results in the voice testing, with the Galaxy S2, Galaxy S3 and Galaxy S3 Mini ranking at the bottom of that metric.

Actix released a report last year noting that the vast majority of smartphone sessions are data-related and not initiated by the user. The report, based on real-world network data from eight network operators on four continents, found that on 3G networks smartphones were generating data traffic 85% of the time, while only about 10% of their traffic was voice-related. Meanwhile, less than 30% of those mobile data sessions were initiated by the subscriber. Smartphones were making three to 10 data connections per hour of use, and 60% to 70% of the sessions were less than 50 kilobytes in size.

RCR Wireless News spoke with Coleman at that time to glean more insight into the company’s findings.