RCR Wireless NewsIntelligence on all things wireless.
YOU ARE AT:CarriersOutgoing Deutsche Telekom CEO speaks out on privacy, European mergers 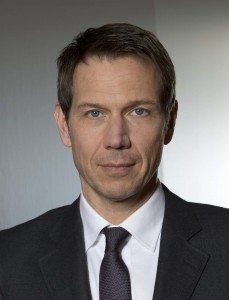 René Obermann may be in his last days as the CEO of Deutsche Telekom, but he is not leaving quietly. The 49-year-old exec has been making some bold statements in both German and U.S. newspapers about data privacy and the future of European telecoms.

Obermann, who has directed the $70 billion Deutsche Telekom, which owns T-Mobile US, is highly critical of the United States’ spying activities and the response of EU politicians to the scandal.

“This spying has shaken the confidence in two pillars of our society, free communications and privacy,” Obermann told the German newspaper Handelsblatt. The revelations that the U.S. was collecting data of EU citizens has really hit hard in Germany where NSA apparently even tapped the phone of German Chancellor Angela Merkel, and Obermann clearly found the official reaction tepid. “I do not understand the pussyfooting [around the Americans],” said Obermann. “It is negligent that so little has happened.”

The CEO is also concerned that Europeans remain able to compete with American-based carriers. Even Deutsche Telekom, which is Europe’s second largest phone company, is “too small in the long run for competing internationally,” he said.

Obermann told Bloomberg News that “Now is the right time” for consolidation. There have been an increasing number of mergers and acquisitions in the European telecom market recently, including the sale of KPN’s German business to Telefonica. The U.K.-based Vodafone Group also bought Kabel Deutschland for $10 billion. Obermann predicts more consolidation in the future.

Obermann argues that European companies must be large enough to face their counterparts and vendors from other countries. “Fragmentation of the market means that the local telecommunication companies cannot negotiate on equal terms, for example, with the American Internet companies or the Asian infrastructure equipment providers,” he told the German Süddeutsche newspaper. “The European companies are in permanent danger of being crushed.”

Obermann has been with Deutsche Telekom for 16 years, seven years as the CEO. Prior to heading the company, he ran the T-Mobile International division helping introduce the brand in 11 new countries. T-Mobile now has more than 100 million customers worldwide.

Obermann has had setbacks as well. Earlier this year, the company proposed capping data usage for flat rate users, a move that sparked outrage from customers and stern letters from the German government, which still owns 32% of the telecom company that was created out of a former state-controlled business. In November, a German court prevented Deutsche Telekom from implementing its plan.

In the new year, Timotheus Hoettges, currently Deutsche Telekom’s chief financial officer, will take over the role of CEO at the company.  Obermann will move on to head Ziggo, a Netherlands-based cable provider.