RCR Wireless NewsIntelligence on all things wireless.
YOU ARE AT:CarriersSK Telecom continues to push LTE-A boundaries; next stop 300 Mbps 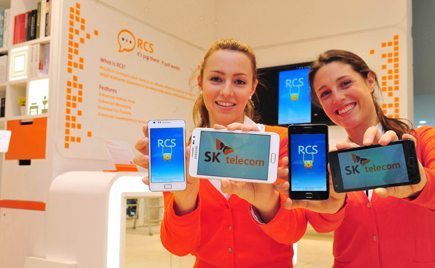 South Korea’s SK Telecom continues to push the limits of LTE technology demonstrating late last week an upgrade to its LTE-Advanced service that combines spectrum assets across two bands that the carrier claims can provide theoretical network speeds up to 225 megabits per second.

The offering builds on SK Telecom’s previously launched LTE-A service that combined 10 megahertz of spectrum across the 1.8 GHz and 800 MHz band. That combination provided theoretical network speeds of up to 150 Mbps.

For its next trick, SK Telecom said it plans to combine three component carriers in a 20 x 10 x 10 megahertz combination to provide network speeds up to 300 Mbps.

Several years ago, domestic operator Clearwire had dabbled with bolstering the spectrum allotment for LTE technology in order to maximize speeds noting it had run network tests using a total of 40 megahertz that produced downlink speeds of up to 90 Mbps. Sprint is looking to tap into those capabilities with its recently announced Spark program that will see the carrier tap into its 800 MHz, 1.9 GHz and 2.5 GHz spectrum holdings to provide LTE speeds of more than 50 Mbps.

SK Telecom gained access to the additional spectrum holdings in the 1.8 GHz band in late August with plans to tap the airwaves to bolster its LTE-A offering. SK Telecom said the enhanced LTE-A service is expected to be available nationwide through smartphones during the second half of next year with chipsets designed to support 225 Mbps speeds “currently being developed.”

The launch of LTE-A also provides the industry with its first legitimate reason to use the “4G” moniker. The ITU had initially designed the LTE-A standard as true 4G along with WirelessMAN-Advanced, though bowed to pressure by the marketing efforts of carriers looking to designate their LTE networks with the same tag.