RCR Wireless NewsIntelligence on all things wireless.
YOU ARE AT:WirelessAkamai to buy Prolexic 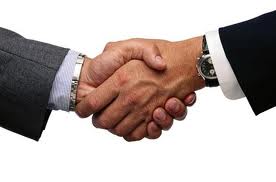 Cloud platform provider Akamai (AKAM) hopes to secure its future with the purchase of Prolexic, a Florida-based developer of cloud-based security solutions for protecting data centers and enterprise IP applications from distributed denial of service (DDoS) attacks. Akamai says it has in-house solutions in place to protect websites from DDoS attacks, and that by adding the Prolexic assets it will extend that protection to data centers and enterprise applications. Akamai will pay $370 million in cash for Prolexic, and the deal is expected to close within the first half of 2014.

AT&T and Ericsson have both partnered with Akamai for cloud content solutions. Last year AT&T decided to enhance its CDN (content delivery network) business with Akamai’s solution, contracting with the company to deploy CDN servers at the edge of AT&T’s IP network and in AT&T facilities around the U.S.

Ericsson partnered with Akamai in 2011 in an effort to leverage Akamai’s platform to monetize over-the-top content on wireless networks. The goal of the partnership is to integrate Akamai’s delivery network into mobile networks to improve the user experience, particularly in the mobile commerce arena.

The Prolexic deal will be the latest in a string of acquisitions for Akamai, which bought Cotendo and FactSoft in 2012. The Cambridge, Massachusetts-based company has also established itself as a leading authority on broadband access. A recent Senate panel evaluating broadband penetration and speed cited a report from Akamai as evidence of U.S. leadership in these areas.