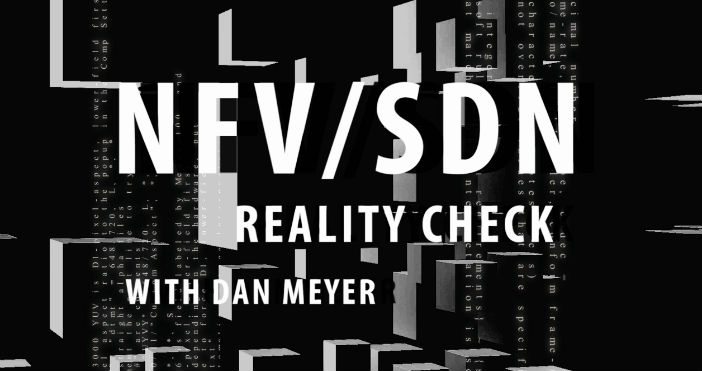 On this week’s NFV/SDN Reality Check we have an interview with Argyle Data to discuss how mobile operators are using big data and machine learning technologies for real time fraud detection, prevention and profit.
But first, let’s take a look at some top headlines from across the space.
AT&T this week announced plans to partner with Intel to work on the telecom giant’s cloud network initiatives. The partnership calls for work on optimizing network functions virtualization packet processing efficiency for AT&T’s Integrated Cloud platform, defining reference architecture and aligning NFV roadmaps in a move to speed AT&T’s ongoing network transformation.
AT&T has said its Integrated Cloud platform is where the carrier runs VNFs using OpenStack software at its core, with the carrier having set up 74 AIC physical locations in 2015, with plans for 105 by the end of this year and adding “hundreds more” by 2020.
As part of the deal, AT&T said it will join Intel’s “Super 7” program of web and cloud companies working on network and data center design. That program currently incudes Facebook, Google, Microsoft, Amazon.com, Baidu, Alibaba and Tencent.
AT&T and Intel had previously announced partnerships on “5G” and drone technologies.
Also this week, a recent report from IHS Markit found Cisco, Nokia and Ciena viewed as top software-defined networking vendors among global service providers surveyed.
The survey, which included carriers that have deployed or plan to deploy SDN and network functions virtualization platforms, cited Cisco and its Tail-f division, Ciena and its Blue Planet division, and Nokia as having the greatest brand awareness in terms of SDN orchestration software.
Cisco/Tail-f and Nokia were also noted as top providers in SDN hardware and software “under evaluation.”
IHS found more than 40% of those surveyed planned to buy equipment from specialized SDN vendors, open source distribution vendors, SDN application software specialists, data center virtualization and orchestration software vendors and virtual network functions software specialists.
Criteria cited in selecting vendors included product reliability; service and support; technology innovation; price-to-performance ratio; and management software.
For our featured interview this week, we spoke with Padraig Stapleton, VP of engineering at Argyle Data, to discuss how mobile carriers are using big data and machine learning technologies for real time fraud detection, prevention and profit.
Make sure to check out our next show when we are scheduled to speak with Faction on advantages of multicloud environments for telecom operators and enterprises.
Bored? Why not follow me on Twitter