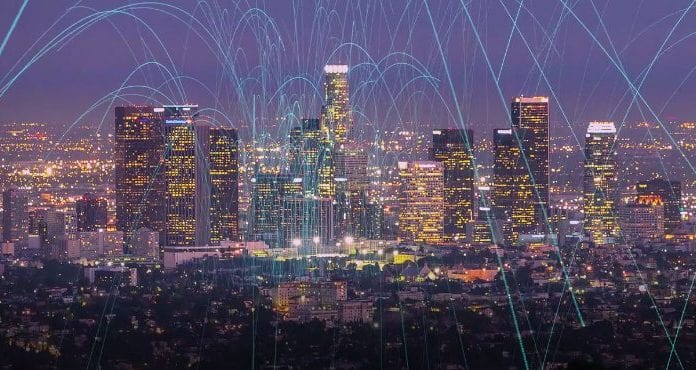 From distributed, to centralized and now to virtualized RAN, operators are re-architecting radio networks to set the stage for dynamic, software-centric operations. And based on commercial deployments from major Tier 1 operators in Europe, Asia, and North America, Samsung has emerged as the global leader in fully-virtualized 5G RAN solutions.

And the company continues to innovate, in the past year tallying 2.25 Gbps downlink throughput using vRAN and massive MIMO radios on C-Band spectrum; deploying commercial vRAN (also on the C-Band) with 64T/64R massive MIMO radios; leading the deployment of Open RAN-based 5G in the United Kingdom; and using its vRAN software to power the world’s first 5G Standalone, Open RAN-compliant site in Japan.

What differentiates Samsung is a combination of consistent innovation and large-scale commercial experience with leading Tier 1 operators around the world. This has helped Samsung lead the advancement of vRAN and Open RAN beyond lab tests and field trials, and into major commercial markets.

Breaking down the benefits of vRAN

The move to a vRAN architecture brings myriad benefits that can be divided into three buckets: operational efficiency; network responsiveness and agility; and enhanced network scalability and monetization. Let’s take a closer look at each of those.

Samsung has designed its cloud-native vRAN to run on commercial-off-the-shelf (COTS) x86 servers. This gives operators significant optionality in the equipment and platforms they select. In the context of making future-ready investments, because vRAN runs on COTS hardware, adding new higher capacity servers to run vRAN allows existing servers to handle other types of network workloads like mobile core, mobile edge computing, and more traditional IT functions. Further, hardware accelerators can add performance without the replacement of existing server infrastructure. Taken as a whole, vRAN sets an operator up to take advantage of the dynamic, rapid software delivery via a Continuous Integration/Continuous Deployment (CI/CD). With this CI/CD pipeline established, operators can quickly push new features and functions while simplifying operations and maintenance.

A vRAN architecture consists of a remote radio unit, a virtualized distributed unit (vDU) and virtualized central unit (vCU). The vDU can be located at the radio site (Distributed RAN architecture) or on a centralized data center or other location at the edge of the network (Centralized RAN architecture), while supporting multiple radio sites. A vDU can be located at a separate data center and/or other strategic operator’s location since it is capable of supporting large numbers of vDUs. The vCU improves the handover, quality and reliability; the separation of vCU and vDU allows operators to architect their network, particularly vDU placement, based on desired speed, quality and throughput requirements. The cloud-native nature of vRAN allows for dynamic scaling and optimization of resource efficiency.

With regard to scalability and monetization, Samsung supports a wide range of global spectrum bands and its vRAN solution is backward compatible to easily interwork with legacy investments. With the move to a fully-virtualized, cloud-native RAN, operators can work toward end-to-end network slicing—providing a bespoke, virtual network partitioned from the public network and tuned to the users’ needs—and better monetize its network by providing more refined services. vRAN allows an operator to efficiently allocate network  and spectral resources on a per-slice basis, helping them deliver a more differentiated user experience.

In January 2021, Verizon announced it rolled out Samsung’s vRAN solutions as part of a major expansion to its nationwide 5G UltraWideband Network. Verizon was the first company to deploy Samsung’s vRAN products. Then, as part of its deployment of C-Band spectrum, in 2022 Verizon used Samsung’s 64T/64R massive MIMO radios in conjunction with Samsung’s vRAN to optimize its mid-band deployment.

Also in the U.S., Samsung is a key vRAN partner for DISH Network, which is building a nationwide fully-virtualized, cloud-native Standalone 5G network that additionally uses Open RAN design principles. As part of the multi-year deal, Samsung is also providing radios that support DISH’s rather unique spectrum holdings, including both FDD and TDD bands.

As part of its network transformation, Vodafone UK is working with Samsung on virtualized, Open RAN as part of a larger commitment to scale Open RAN deployment across its multi-national footprint. In January this year, the duo turned on the United Kingdom’s first 5G Open RAN site located in Bath. Vodafone UK plans an additional 2,500 sites.

In Japan, Samsung is working with operator KDDI on a range of cutting-edge networking technologies, including most recently deployment of vRAN to support the carrier’s mid-band 5G network. The partners also completed a 5G Standalone call across a vRAN network comprising Open RAN-compliant massive MIMO radios.

Writing for RCR Wireless News, Tantra Analyst Founder and Principal Prakash Sangam summarized: “It seems Samsung Network is well poised to expand its market with its vRAN/Open RAN portfolio, along with support for legacy architecture. Dish being a bellwether for Open RAN, the industry is very closely watching its success and its collaboration with Samsung Networks.”