RCR Wireless NewsIntelligence on all things wireless.
YOU ARE AT:5GReducing network energy consumption with AI-based solutions is low-hanging fruit 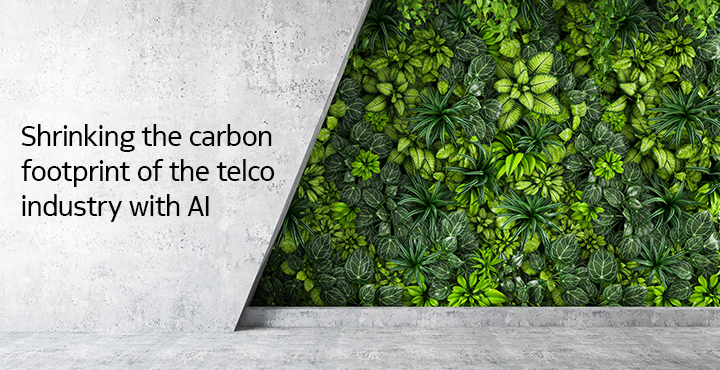 With 5G upgrades continuing to accelerate, communication service providers (CSPs) around the world are facing increased energy consumption driven by accelerating capacity demand due to the increase in traffic, especially in 5G networks. 5G is 90% more energy efficient than LTE, but this gain is overcompensated by the surge in traffic. The increase of traffic on both LTE and 5G will lead to higher energy demands on networks, and this, combined with consumer and government pressure, is positioning sustainability as an emerging priority in the telecom industry.

In fact, according to a global survey among 103 mobile operators conducted by Nokia and the GSMA, 83% of network professionals rate energy efficiency as “extremely” or “very important” in their network transformation strategy.

“In the past, power efficiency wasn’t the main priority when defining their plans about how to evolve their networks and their business,” explained Volker Held, head of marketing for managed services at Nokia. “Now, due to recent movements in the customer space, the government space and the stock market, sustainability has become a topic that has a major impact on the business of operators.”

Customers, both consumers and at the enterprise level, now consider the real-world green capabilities and strategies of an operator when choosing to go into business with them, and operators are starting to feel the pressure. The same survey found that 50% of network professionals said fulfilling customer expectations is the primary goals driving their network energy efficiency strategy.

In addition, 67% of network professionals said they expect energy costs to increase in the next three years, suggesting that increasing energy costs is another major factor behind many of their energy efficiency strategies.

Held said that while there are several different approaches to reducing the power consumption of a network such as modernizing hardware and decommissioning legacy 2G and 3G networks, implementing AI-based energy solutions that optimize network power usage and component shutdowns is emerging as the most promising because it offers the clearest ROI.

“Using AI-based software and services is an approach that is low-hanging fruit,” continued Held. “You can save massive amounts of energy and you can do so rather quickly because you don’t have to deploy new hardware; it’s purely software. And machine learning can further increase the savings over time. From our perspective, that makes it the most attractive approach.”

He acknowledged that when it comes to the most effective strategy to reduce an operator’s carbon footprint, the use of renewable energy on the energy-production side combined with AI-based energy saving software to reduce energy consumption is the best answer.

“When looking at the energy consumption side of things, however, they must utilize this energy in the best possible way,” he stated, adding that in the survey, for most respondents, (35%) AI-driven network optimization is the best bet, followed by data center cooling (30%) and RAN cooling and air-conditioning (16%).

More telling is that while only 2% of network professionals have already implemented AI-driven network optimization and shutdowns in their network, 78% of network professionals expect AI-driven solutions to be an extremely or very important part of their network transformation strategy and 50% are in the planning and testing phase, suggesting an impending rise in live deployments.

The promise of AI-based energy management solutions doesn’t stop there: “We also found a correlation between AI positivity and the exposure that operators have with it,” Held said. “We asked how far they are with the deployment of AI, what experience they have with it and what hopes they have for the technology.”

It turns out that the more experience and expose the operator had with artificial intelligence, the more positive their thoughts about the technology were regarding its ability to reduce their carbon footprint.

For Held, this signals that AI is not simply a “hype technology,” but will, in fact, support dynamic network energy management, leading to significant real-life reductions in power consumption and energy costs.