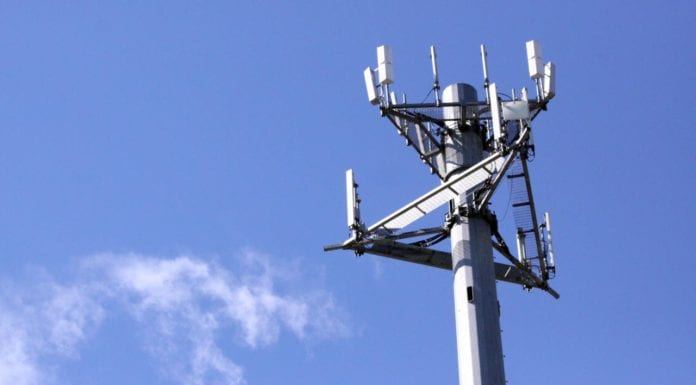 If you are trying to decide between buying wireless service directly from one of the big three carriers or an MVNO reseller, you need to know the difference. You need to understand what you are giving up if using a reseller to get a lower cost. So, let’s compare the big three wireless carriers, Verizon Wireless, T-Mobile and AT&T Mobility to MVNO resellers like Cricket Wireless, Boost, Xfinity Mobile, Spectrum Mobile, Altice Mobile, Visible, Tracfone, Pure Talk, Consumer Cellular and so many others.

First, it’s important to understand that if you use a reseller, you are actually using one of the big three wireless carriers. Except, you are now on their wholesale side. But the actual network is the same. The reach is the same.

However, on the wholesale side there are important differences. There are many restrictions you may not like but must deal with.

Second, the main reason to consider switching to an MVNO wireless reseller is price. These services are significantly less expensive compared to the wireless networks.

That is what we will discuss.

Cable TV have added 550,000 wireless MVNO customers in the second quarter of the year. So, they are showing growth. While some customers are happy, others are not.

I have a relative who recently switched from Verizon Wireless to Xfinity Mobile. They figured since it’s the same network, the experience would be the same. It was not.

They complained to me that they had no service on their drive to the beach and very limited service at the beach.

In the hometown things are fine, but outside this bubble, not so fine.

So, understand, when you become an MVNO resale customer you are giving up some very important features and functionality that you may not be aware of.

This may result in a very frustrating usage experience that users are not expecting.

Resellers are generally pre-paid services. That means you pay for the month in advance. This is in comparison to post-paid directly with the carrier where you pay monthly after 30 days of use. With post-paid, you must put a deposit down, which is generally one month worth of service.

Many MVNO customers often get hurt because they simply do not know what they are giving up in order to save some money.

There are differences between the two. Example, most reseller services do not work overseas.

However, the bigger problem here in the United States is that the coverage of the wireless data network for resellers takes a secondary position to primary users of Verizon, T-Mobile and AT&T.

This is the area where most complaints come from. I have received countless complaints over the years from customers of all the different wireless providers, pre-paid resellers, and post-paid carriers.

This is a problem because after all, you need connectivity. If not, then your smartphone is no better than a paperweight.

Without connectivity your wireless smartphone is just a paperweight

Most people do not realize this, but there are two different networks your wireless phone connects to, one for voice and the other for data. While you may be able to make a phone call, if the wireless data access is full, you will be blocked.

Wireless data network services are distributed to users over all those huge cell phone towers you see all around. Each tower is programmed to serve a certain number of users. When that limit is reached, no other user can access the network until other users disconnect.

That’s why it is so important for main carriers Verizon, T-Mobile and AT&T to carefully and effectively manage their networks.

The solution is simple. If too many users can’t get access, the carrier needs to increase the access to that site. This is costly for the carrier, however. That’s why they need to have the right amount of access.

Carriers need to make sure all users get connectivity. Otherwise, it is a bad reflection on their ability to provide good service.

And that is damaging to their brand.

Knowing that some will get connectivity while others will be blocked, wireless carriers always give priority to their own, direct customers.

But don’t assume if you are a direct carrier customer that you will always have connection. I have been comparing AT&T Mobility to their MVNO plan called Cricket Wireless.

While Cricket was frustratingly without service more often, even AT&T Mobility had times when their towers were full and that blocked usage for other users.

And, when deciding between direct wireless or MVNO reseller, the sales reps don’t tell you everything you need to know. I have talked with countless reps, and I don’t even think most of them are aware of these differences.

When network is busy even Verizon, T-Mobile, AT&T users get blocked

So, even directly with the carriers Verizon, T-Mobile and AT&T, users often suffer from this problem as well as MVNO resellers. The problem is worse in areas where there is an increase in users trying to connect or a busy hour that is too busy to handle.

If wireless carriers do not effectively manage their network and access, they will have frustrated users. And MVNO reseller users will as well since they don’t control the accessibility.

Neglecting this causes user frustration and anger. Again, not a good way to build a brand.

This ultimately leads the user to making the wrong choice.

Distinctions between users of wireless carriers and MVNO resellers

So, as you can see, there are real and important differences between being a primary and direct wireless customer with Verizon, T-Mobile or AT&T and a secondary customer of an MVNO reseller.

If you are a direct customer of Verizon, T-Mobile and AT&T, you typically get better quality and wireless data service that is on more often.

Users with service from the MVNO resellers are not always connected to the wireless data network, which saves money, but is very frustrating.

That’s why when considering buying directly from one of the wireless networks Verizon, T-Mobile and AT&T, or from one of the MVNO resellers, it’s important to understand what your real choices are.

Cost will be lower using an MVNO reseller, and that’s the most important factor to many. However, you will also get less than desirable service connectivity using them.

It’s the opposite directly with a wireless carrier. Service is better, but cost is considerably higher.

So, it’s a trade-off. There is nothing right or wrong with either, but there are real differences. In order for you to make an accurate choice, you must understand this difference.

As always, the choice is yours.