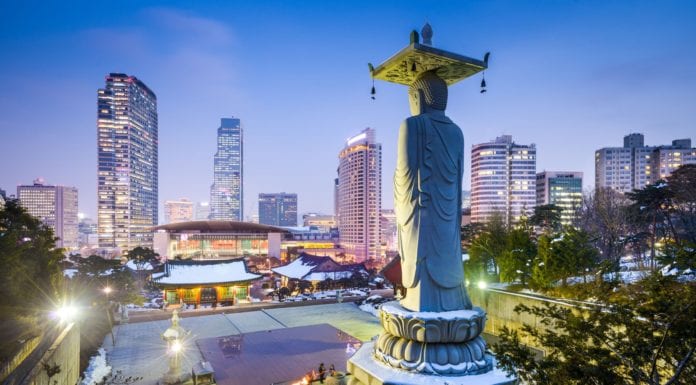 South Korea ended July with a total of 17.08 million subscribers in the 5G segment, local news agency Yonhap reported, citing data from the Ministry of Science and ICT.

During July, the country’s mobile carriers recorded a net addition of 616,000 5G subscribers.

5G subscribers at the end of July accounted for 24% of the total 71.71 million mobile subscriptions in the country, according to the report.

The country’s largest carrier, SK Telecom, ended July with over 8 million subscribers in the 5G segment, followed by KT with 5.2 million and LG Uplus with 3.8 million.

Subscriptions to 5G phones are expected to grow at a faster rate in the coming months after the commercial launches of Samsung Electronics’ new foldable 5G phones, as well as Apple’s new iPhones, according to the report.

The report also stated that Korean operators already provide 5G coverage in 85 cities across the country.

An ICT ministry report also found that average 5G download speeds in South Korea reached 808.45 Mbps in the first half of this year, an improvement from 690.47 Mbps in the second half of 2020.

In July, South Korea’s Ministry of Science and ICT announced it will award 28 GHz and sub-6 GHz spectrum in November to boost the use of 5G-related services across the country.

The ministry said that the allocation of these new frequencies will allow companies to operate 5G networks across various industries and offer new service such as smart factories, healthcare, robotics and smart farms.

Interested firms will have until the end of September to apply for the new 5G spectrum. The length of the licenses ranges from two to five years. The Korean government also said that the 5G spectrum is expected to be allocated by the end of November.