RCR Wireless NewsIntelligence on all things wireless.
YOU ARE AT:5GSurvey: Nearly 60% of global consumers plan 5G device upgrade within two... 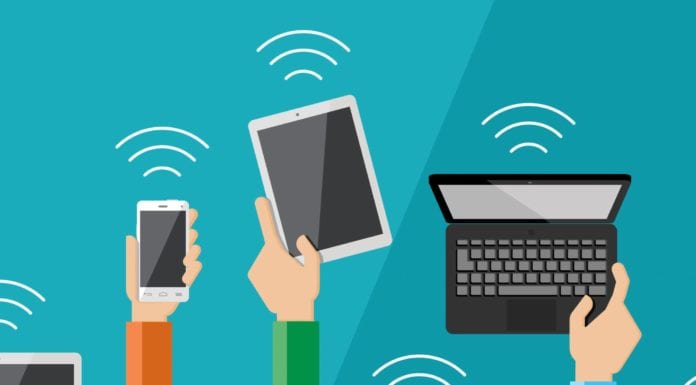 Is 2021 the year of the highly anticipated device “supercycle”, when consumers upgrade their devices in large numbers in order to get access to 5G? T-Mobile US CEO Mike Sievert has said that for Apple devices, it’s already here. Both Gartner and more recently, Strategy Analytics, have predicted double-digit growth for smartphones this year, after a 2020 in which the impacts of the global pandemic drove a roughly 10% drop in sales.

A new report from Blancco, which specializes in data erasure and mobile device diagnostics for the secondary device market, reinforces some of that rosy view, with the caveat that it sees upgrades happening over the next two years. According to Blancco, 57% of mobile users around the world have plans to upgrade to a 5G device within 24 months. That is in line with previous findings from the company from March 2020, when a Blancco survey found that 60% of consumers were planning to upgrade during 2020 — intentions that were presumably delayed by the COVID-19 pandemic, although some consumers had also indicated that they were waiting for more 5G device and network availability before they would upgrade. The report is based on a survey of 6,000 consumers divided equally between the United Kingdom, the United States, Canada, Japan, Germany and France.

Blancco also notes the ripple effect that a 5G device supercycle will have on the used device market, because 49% of those who plan to upgrade also intend to trade in an old device as part of the process, so the secondary market “can expect a significant influx of used devices,” the company said. IDC, it points out, has estimated that the secondary device market will be worth $65 billion by 2024.

“Operators are keen to achieve ROI from their 5G network investments, and as such, will be earnest about driving 5G smartphone adoption,” Blancco says in its report. “Some operators leveraged attractive device trade-in offers at the launch of the iPhone 12, leading to an uptick in new device sales. Not only was this tactic influential in stimulating new device upgrade cycles, but it also created additional revenue by
redistributing refurbished used devices in an increasingly buoyant secondary market.”

But the push to get consumers to upgrade to 5G has also gone beyond iPhone-specific offers. Verizon, for example, began an aggressive push for device upgrades with an emphasis on trade-ins back in April, when it started running ads promising that consumers could get credits of up to $1,000 if they traded in an old or even broken device. There are caveats —  you have to sign up for a new, unlimited plan with 5G service; and the device can be broken, but it has to be free of battery damage like swelling, leaking or being too hot to touch. That’s still a notable change from typical carrier device trade-in programs, where the value of the old device is assessed based on age and condition, and less wear-and-tear gets you higher credit toward a new device.

Blancco found particularly high interest in 5G upgrading in Germany, where Vodafone has raised its estimates of the number of people it will cover with its 5G network to 30 million by the end of this year (up from an original estimate of 20 million) and has already turned up 5G Standalone sites.

Another question that Blancco sought to answer was whether, after a year of wireless retail shops being intermittently shuttered due to pandemic restrictions and when many mobile-related transactions shifted online, will customers be more open to an online-based trade-in process? It found that while more than two-thirds of consumers know they have an online option for device trade-in, about 70% of respondents had never used it because the process is “unassisted, is perceived to lack transparency, and cannot match
the customer service received in store.”

“To take full advantage of the 5G super cycle already underway, operators, retailers and OEMs will want to open all avenues to allow upgrade and trade-in cycles to run as efficiently as possible,” the company found. “Demand for online services will continue to grow, but only if stakeholders involved in the collection, processing and refurbishment of used devices can ensure sustainable models that mirror in-store experiences and have best practice data protection and management at the core.”

Blancco’s report can be accessed here.

5G was going to be huge before COVID-19 swept the globe: What’s next for 5G-enabled devices

Secondary device market will see a ‘deluge’ in 2020, Blancco predicts