RCR Wireless NewsIntelligence on all things wireless.
YOU ARE AT:OpinionAccurate coverage maps are fundamental to overcoming the digital divide (Reader Forum) 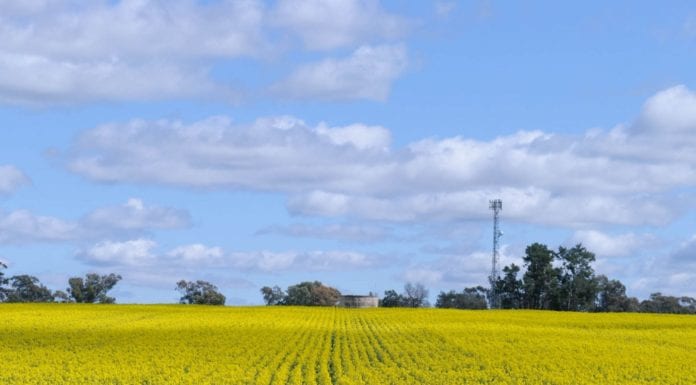 Without accurate maps, it’s impossible to know what communities lack wireless  services or how much it will cost to reach them

One thing that the COVID-19 global health crisis has taught us is that wireless connectivity is not  a luxury but a necessity. Millions of people are currently relying on wireless networks for their  work, their education, and their entertainment.

But for those living in rural or underserved communities, where wireless coverage is either not  available or slow and unreliable, the lack of broadband services has put them at a critical  disadvantage.

And the number of people impacted by this coverage gap is growing as many who are living in  cities are leaving their urban environments and moving to rural communities where they can  find larger and more affordable homes without the congestion of cities.

The FCC is attempting to fix the digital divide. In October it issued an order outlining its 5G Fund for Rural America, which makes $9 billion available to help cover some of the costs associated  with making wireless services available to areas that today lack high-speed mobile services.  Those companies that are awarded these funds must provide service that support speeds of at  least 35 Mbps downstream and 3 Mbps upstream.

However, a key aspect of this FCC order is that the commission is planning to rely on new, more accurate broadband data maps than currently exist today to determine what areas are eligible  for this funding. The FCC wants new coverage information submitted to its Digital Opportunity  Collection, which will create these new wireless coverage maps.

But this process will take time. In fact, the commission estimates that it will take 18 to 24  months for the new wireless coverage maps to be developed, which means that it could be two  or more years before we begin to see any improvements to the digital divide. And that means  that those living in underserved areas of the U.S. are going to remain at a disadvantage for  many more years.

The reason the FCC wants to use new coverage maps is because last December the commission  released a report that included findings from the FCC’s Enforcement Bureau field agents. The  report found that speed tests conducted on U.S. wireless operators’ networks revealed that the data provided by operators about their networks was unreliable and they overstated their 4G  LTE coverage maps.

In fact, the Enforcement Bureau found that operators’ networks performed as promised during  fewer than half of the staff drive tests. In addition, in many of those drive tests the field agents weren’t able to obtain a 4G LTE signal at all.

It’s unlikely that wireless operators are reporting better data on their 5G network deployments than they do on their 4G LTE networks. Although the three nationwide operators—T-Mobile,  Verizon and AT&T— claim they have nationwide 5G coverage, that really just means that their  network covers at least 200 million people.

The wireless operators are claiming nationwide coverage at 200 million so they can meet  guidelines established by the National Advertising Division. According to the NAD, a U.S. operator can claim “nationwide coverage” if it offers service in diverse regions of the country  and the network covers at least 200 million people. But the NAD admits that about 130 million people remain without 5G despite these “nationwide” coverage claims.

While I applaud the FCC’s decision to make more reliable and accurate wireless coverage maps  a priority, I urge the commission to explore alternative methods for gathering network  coverage data. At Aurora Insight, we believe that accurate data can be compiled much more  quickly than the FCC’s 18-to 24-month estimate.

Using our network of sensors to measure actual use of radio frequency spectrum, we can map  the technologies in use and coverage of wireless operator networks across the U.S. —and we’ve  become very attuned to areas where there are significant coverage gaps.

Because we use airplanes to gather our information, we can track coverage in hard-to-reach  places where other mapping methods such as drive-testing or crowd-sourced data gathering  can’t reach.

Although drive testing is a popular method that many wireless operators use, it is limited to  areas where there are highways and roads. Crowd-sourced data, which is another popular  method, gathers data from apps that are being used by smartphone users. But for crowd sourced data to work, you have to have a sizable number of users, which limits coverage  measurements to large and mid-sized cities. Even more, crowd-sourced data has been  highlighted by a number of media outlets recently for all of the privacy issues that have come  up.

The bottom line is that the current global health crisis has revealed just how reliant people are  upon wireless networks to provide them with reliable connectivity, whether it is for their work,  their school or their entertainment.

It is not acceptable for our rural areas to lack connectivity, contributing to our national digital divide. If we work together, we can close that gap and reduce the inequities that exist today in  these underserved areas.