RCR Wireless NewsIntelligence on all things wireless.
YOU ARE AT:5GChina Tower’s business positively impacted by 5G acceleration in China 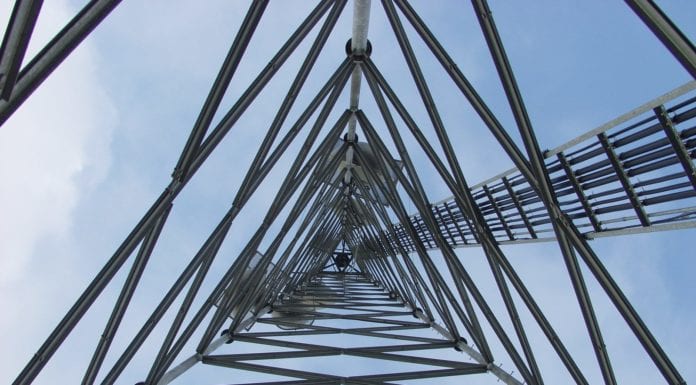 China Tower’s business in the first three quarters of 2020 was positively impacted by the rapid deployment of 5G sites across China, the company said in its earnings release.

“In the first three quarters of 2020, amid the complicated internal and external environment, the company persisted in resource sharing and innovation by actively capturing opportunities arising from 5G construction,” China Tower said.

During the period, China Tower generated operating revenue of CNY60.2 billion ($9 billion), up 5.6% year-on-year, while its profit totaled CNY4.6 billion in the period, up 17.8% year-on-year.

China Tower’s DAS revenue for the first three quarters of the year amounted to CNY2.6 billion, up 36.9% year-on-year.

As of the end of September, China Tower managed a total of 2.02 million tower sites, up from 1.99 million sites at end-December 2019.

“China is endeavoring to speed up the construction of 5G and other new infrastructures and the economic and social digital transformation is accelerating, which will bring ample development opportunities for the company.”

China Tower was formed in 2014, when the country’s mobile carrier China Mobile, China Unicom and China Telecom transferred their telecom towers to the new company. The three telcos decided to create the new entity in a move to reduce redundant construction of telecommunications infrastructure across the country. China Mobile, China Unicom and China Telecom currently own a 38%, 28.1% and 27.9% stake respectively. State-owned asset manager China Reform Holding owns the remaining 6%.

China’s Ministry of Industry and Information Technology (MIIT) recently stated the country has now built more than 600,000 5G base stations and that data shows that the number of devices connecting to the network has exceeded 150 million, with more than 110 million users in China having already signed up for 5G plans.

Some of the country’s main cities have reached full coverage with 5G technology. In August, the municipal government of Shenzhen announced that the city’s 5G deployment was fully completed. With the deployment of almost 46,500 5G base stations, Shenzhen became the first city in China to to achieve full-scale 5G deployment.

Meanwhile, Beijing’s authorities announced last month that the capital had become the second city in China to achieve full coverage of 5G technology.