RCR Wireless NewsIntelligence on all things wireless.
YOU ARE AT:5GDish officially gets more time to build out its licenses — and... 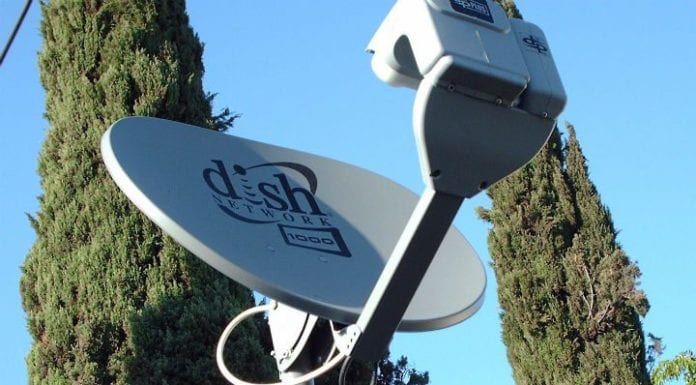 The FCC had already put that March deadline for the 700 MHz spectrum built-out on hold, because so much of Dish’s future was riding on the closing of the Sprint/T-Mobile US deal, which did not happen until April 1, and on a related settlement with the Department of Justice that the merged carriers had to carry out: Namely, divesting Boost Mobile’s assets to Dish and arranging a seven-year wholesale agreement under which Dish’s customers will have access to the New T-Mobile network. So the license and build-out modifications weren’t included in the FCC’s merger order, because, as the FCC put it, “it could not conclude with confidence that without the acquisition of the prepaid wireless assets and full MVNO agreement from T-Mobile and Sprint, Dish would be able to meet the deadlines to which it committed” — and the license changes also required a 30-day challenge period to be opened. The commission also wanted to leave the door open for the build-out extensions to be yanked back if somehow the merger didn’t close.

But the merger went through in early April, and the divestiture of the Boost Mobile assets to Dish closed on July 1. The WTB’s action now formally puts Dish’s license term changes and build-out requirements in place.

The Rural Wireless Association and the Communications Workers of America union had challenged the changes to the license terms, but the WTB dismissed their objections because they were not license holders who could be impacted by the changes.

For Dish’s 600 MHz licenses, acquired in the broadcast incentive auction, the 75% build-out requirements were accelerated from June 2029 to June 2025, bringing them in line with the rest of the spectrum licenses at issue.

The FCC is requiring Dish to build out “5G Broadband Service,” which it defines as 5G New Radio, as laid out in 3GPP Release 15 or later,  that is capable of providing Enhanced Mobile Broadband (eMBB) functionality.

Dish had planned to build a narrowband IoT network to fulfill its FCC build-out requirements, but the new rules on its licenses mean that it must offer 5G NR service instead — and specifically say that each of its licenses are now “expressly conditioned on Dish building, deploying, and offering 5G Broadband Service.” Dish has waived its right to flexible use for the licenses and although it can still offer IoT services, the FCC said, it cannot use IoT or any non-5G broadband service to satisfy the new build-out metrics. And if Dish fails to meet the build-out requirements in a license area, it automatically loses that license — without further action by the FCC — and is ineligible to get it back if the commission makes the spectrum available at a later time.

Dish has made a number of its own commitments, which largely are in line with the requirements set by the FCC. In a letter to the commission sent last July — on the same day that Dish agreed to acquire Boost as part of the Sprint/T-Mo DoJ settlement — it committed to covering at least 70% of the U.S. population with download speeds of at least 35 Mbps, verified via drive-testing; to deploy at least 15,000 5G sites; and to use at least 30 megahertz of its downlink spectrum holdings averaged over its 5G sites nationwide.

In addition, Dish voluntarily committed to covering 20% of the U.S. population with 5G, and to have deployed a core network, by June 2022. (The company announced yesterday that it will use vendor Nokia for its 5G core software.) Dish also said that for six years, it won’t sell its AWS-4 or 600 MHz spectrum and will not lease more than 35% of its 5G spectrum capacity, directly or indirectly, to any of the three national wireless carriers — both of which are meant to reflect its commitment to become a viable competitor in the wireless market and “remaining a nationwide wireless carrier for the long term.”

The company faces financial penalties of up to $2.2 billion and license forfeitures if it doesn’t meet the new deadlines, starting with the potential for a $200 million penalty if it doesn’t meet its June 2022 commitments. Dish suggested the penalties itself, as part of the build-out metrics it laid out and the FCC incorporated them into the conditions of granting the license changes.

It should be noted that in addition to its existing licenses, Dish recently acquired a significant national footprint of Priority Access Licenses in the CBRS band at 3.5 GHz. Dish bid $912.9 million to win 5,492 licenses in 3,128 U.S. counties. For context, licenses were available in 3,233 U.S. counties, meaning that Dish used the auction to build itself a nationwide footprint of priority access to the 3.5 GHz CBRS spectrum.