RCR Wireless NewsIntelligence on all things wireless.
YOU ARE AT:5GSenate bill would put $1.25B in play for 5G O-RAN R&D, security 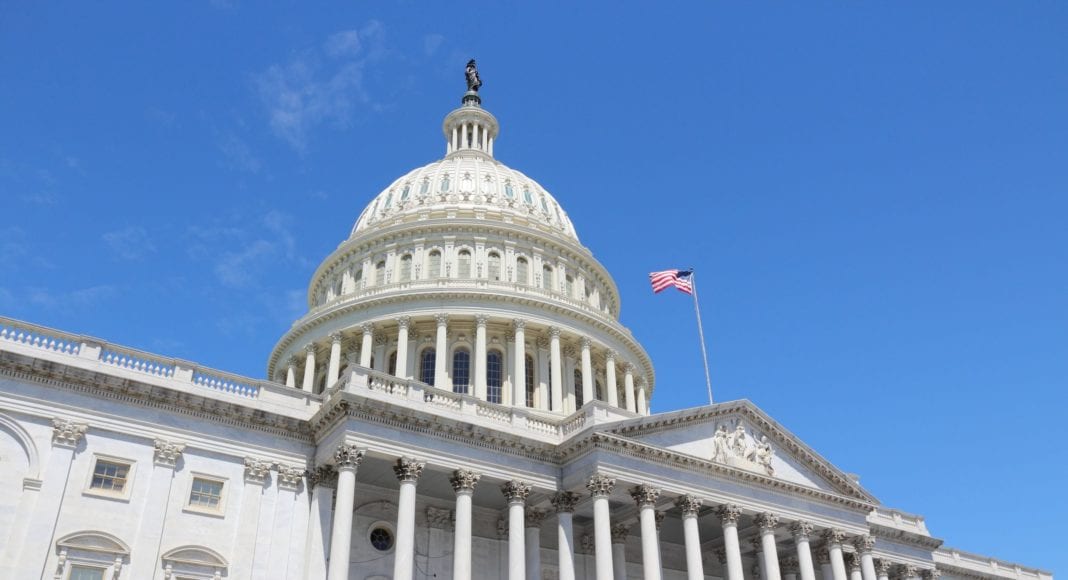 A new, bipartisan bill in the Senate would require the Federal Communications Commission to set aside $750 million in spectrum auction proceeds to strengthen the ecosystem of open standards-based 5G solutions that don’t originate from China, including OpenRAN and the Telecom Infra Project.

The bill also calls for $500 million to be used to fund work related to 5G network security and promote multilateral adoption of such technology.

Companies including Verizon, AT&T and VMware immediately expressed support for the bill, which seeks to “invest in Western-based alternatives to Chinese equipment providers Huawei and ZTE,” according to a statement released by Warner’s office.

The bill aims to “reassert U.S. and Western leadership by encouraging competition with Huawei that capitalizes on U.S. software advantages, accelerating development of an open-architecture model (known as O-RAN) that would allow for alternative vendors to enter the market for specific network components, rather than having to compete with Huawei end-to-end.”

It would establish two Treasury funds, each with a lifespan of 10 years, funded by “new auctioned spectrum licenses”. One of those would be a O-RAN research and development fund of $750 million, to “spur movement towards open-architecture, software-based wireless technologies, [thereby] funding innovative, ‘leap-ahead’ technologies in the U.S. mobile broadband market.” That would be doled out as grants of up to $20 million under criteria and oversight by government agencies including the National Telecommunications and Information Administration, the National Institute of Standards and Technology, Homeland Security, the Defense Advanced Research Projects Agency and the Intelligence Advanced Research Projects Activity of the Office of the Director of National Intelligence.

The bill’s stated aims include promoting development of software, hardware and microprocessing technology “that will enhance competitiveness in the fifth-generation and successor wireless technology supply chains,” as well as “accelerating development and deployment of open interface standards-based compatible, interoperable equipment, such as equipment developed pursuant to the standards set forth by organizations such as the O-RAN Alliance, the Telecom Infra Project, 3GPP, the O5 RAN Software Community, or any successor organizations” and promoting compatibility of 5G equipment with future open standards-based equipment. The bill also specifically calls out promotion of network function virtualization “to facilitate multi-vendor interoperability and a more diverse vendor market.”

In addition, on the security front, the bill calls for federal government representatives to establish a funding mechanism “in coordination with foreign partners … to support the development and adoption of secure and trusted telecommunications technologies” so that such technologies would be adopted around the world. It aims for a transition plan to be established to O-RAN equipment “so small and rural carriers are not left behind.”

The bill also calls for the secretary of state, the secretary of the Commerce Department and the chairman of the FCC to “prioritize the use of federal funds to enhance representation of the United States at  international forums that set standards for 5G networks and for future generations of wireless communications networks.”

In addition, it encourages the FCC to “harmonize new commercial spectrum allocations with partners where possible, thus promoting greater alignment with allies and driving down the cost of Huawei alternatives.”

“Every month that the U.S. does nothing, Huawei stands poised to become the cheapest, fastest, most ubiquitous global provider of 5G, while U.S. and Western companies and workers lose out on market share and jobs. Widespread adoption of 5G technology has the potential to unleash sweeping effects for the future of internet-connected devices, individual data security, and national security. It is imperative that Congress address the complex security and competitiveness challenges that Chinese-directed telecommunication companies pose,” said Warner (D-VA), who was a co-founder of Nextel. “We need to move beyond observing the problem to providing alternatives for U.S. and foreign network operators.”

“When it comes to 5G technology, the decisions we make today will be felt for decades to come. The widespread adoption of 5G has the potential to transform the way we do business, but also carries significant national security risks. Those risks could prove disastrous if Huawei, a company that operates at the behest of the Chinese government, military, and intelligence services, is allowed to take over the 5G market unchecked. This legislation will help maintain America’s competitive advantage and protect our national security by encouraging Western competitors to develop innovative, affordable, and secure 5G alternatives,” said Sen. Richard Burr (R-NC), Chairman of the Senate Select Committee on Intelligence.

Menendez said that the bill “will supply the U.S. government with resources to help the private sector create viable 5G alternatives from all ends of the supply chain, is a long overdue step in the right direction. As I’ve said over and over again, confronting China is not the same as being competitive with China. It is time we do just that.”

“We are at a critical point in history for defining the future of the U.S.-China relationship in the 21st century, and we cannot allow Chinese state-directed telecommunications companies to surpass American competitors,” said Rubio, who is also a member of the Senate Intelligence and Foreign Relations Committees. “It is not only in our national security interests to support American competition in the 5G market, but it is also in our economic interests to continue to build and support an economy that leverages American strengths and creates American jobs in the industries of the future without relying on malign Chinese state-directed actors like Huawei and ZTE.”