RCR Wireless NewsIntelligence on all things wireless.
YOU ARE AT:CarriersT-Mo touts 1.9 million net adds in Q4 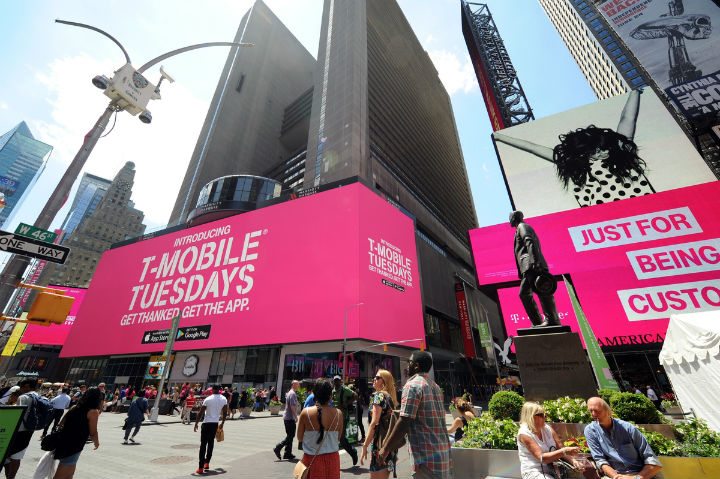 The carrier said it has now racked up 27 quarters in a row with more than 1 million total net adds. It ended 2019 with a customer base of 86 million.

For the full year of 2019, T-Mobile US said that it added 7.0 million total net additions, including 4.5 million branded postpaid net additions. That number, it noted, was better than its guidance of 4.1-4.3 million.

The carrier is waiting for a judge’s ruling as to whether it can proceed with its proposed merger with Sprint.

T-Mobile US’ stock was trading up slightly, less than 1%, on Tuesday morning. And Wall Street observers are likely to take the new numbers as continued evidence that T-Mobile US doesn’t need Sprint to continue its path of growth; according to a Bloomberg report, Nomura Instinet analyst Jeffrey Kvaal said that investors backing T-Mobile US are “winners” whether the merger goes through or not. Kvaal expects a court decision on thermerger by early February and put the odds of approval at 45%.