RCR Wireless NewsIntelligence on all things wireless.
YOU ARE AT:5GTelefonica Spain selects Huawei for part of its 5G core network: Report 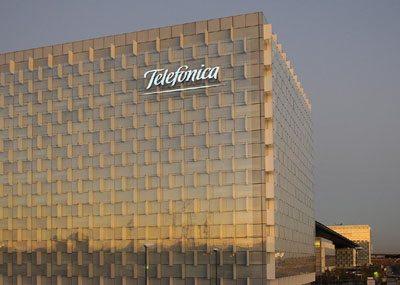 According to the report, the decision to award this contract to Huawei  will pressure rival vendors Ericsson, Nokia, Affirmed or Mavenir to provide more “commercially aggressive” offers for the second part of the 5G core network deployment in the summer of 2020.

The sources also confirmed that Telefonica intends to award that contract to a different supplier, so as not to depend solely on Huawei for its network deployment.

Telefonica had previously awarded to Huawei a contract for the deployment of its core 4G network, according to the report. Since the company already has Huawei’s gear in the 4G network, it would be very difficult for the telco not to also have the technology of the Chinese vendor in its 5G core, in order to be able to transfer services such as roaming or network intelligence, according to the sources.

A typical distribution would be to use a core from one vendor to provide services to the entire residential market and the other core for corporate services and the government segment, the report noted.

It also said that the deployment of the core network would represent only 5% of the telco’s total investment in the new network, since the bulk of the planned investment will go to the acquisition and deployment of  5G mobile stations. In the 4G segment, Telefonica currently operates approximately 18,000 base stations across Spain.

According to the report, Telefonica did not install any base stations manufactured by Huawei in its domestic operations, where it mainly relies on Ericsson and Nokia. However, the Chinese vendor had provided base stations for Telefonica’s operations in several Latin American markets and in Germany.

Telefónica aims to convert the two Spanish cities into living laboratories over the next three years, with capabilities including the initial 5G capacity, the deployment of the new network and the development of use cases allowing their citizens and companies to benefit from the advantages of 5G.

Nokia was expected to deploy 5G infrastructure in Segovia, while Ericsson will focus on network deployments in Talavera de la Reina.

Facebook
Twitter
Linkedin
Previous articleXR: Or the graphics, audio and processing of a world connected and mobile
Next articleDutch government to carry out first 5G spectrum auction in June 2020