RCR Wireless NewsIntelligence on all things wireless.
YOU ARE AT:BusinessWBA survey: 90% already planning to deploy Wi-Fi 6 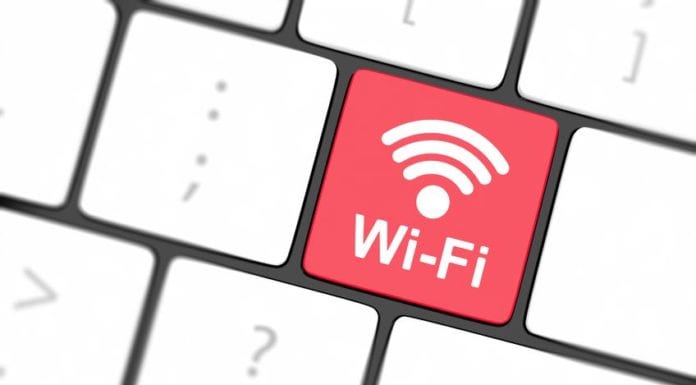 In the weeks following Wi-Fi Alliance’s release of the Wi-Fi Certified 6 certification program, a cross-industry survey conducted by the Wireless Broadband Alliance (WBA) showed that a staggering 90% of respondents are already planning to deploy Wi-Fi 6, surprising even the WBA’s new CEO, Tiago Rodrigues.

“Although the WBA has been driving the adoption of WI-Fi 6, with deployment guidelines and field trials, we were ourselves surprised at the scale of support that Wi-Fi 6 already has,” said Rodrigues. “When such a large proportion of service providers and technology vendors have the technology in their short-term roadmap, it means that Wi-Fi 6 will very quickly become part of the landscape for service providers, enterprises and consumers.”

The survey, which included respondents from a global cross-section of over 200 telecommunications service providers, technology vendors and enterprises, highlighted the speed of planned upgrades, as 66% said they plan to deploy the next iteration of Wi-Fi before the end of 2020.

The report also revealed that 78% of respondents find the 6 GHz extension to be very important or important to their current or future network strategy, and half of respondents felt the role of Wi-Fi or unlicensed spectrum was the most important factor to consider in terms of strategy for network evolution and 5G.

Additionally, with 40% of those surveyed saying they would incorporate the Wi-Fi roaming technology before the end of 2020, it is clear that Next Generation Hotspot (NGH)/Passpoint continues to gain in popularity. Further, 37% plan to implement the technology but have not set a firm date.

Lastly, the survey showed that within three years, IoT and vertical industry applications are expected to become the leading revenue driver for Wi-Fi, with 45% of respondents placing it in their top three expected revenue sources.

Due to Wi-Fi 6’s more deterministic behavior than previous generations of Wi-Fi, the technology is entering the industrial IoT space, as well as smart cities and transportation hubs. The report includes new case studies from its members exploring innovative uses of Wi-Fi in some of these areas, including Deutsche Telekom’s deployment of in-flight Wi-Fi, AT&T’s use of Passpoint-based Wi-Fi roaming, Mettis Aerospace’s use of Wi-Fi 6 for industrial IoT and Hong Kong’s ambitious and multi-faceted smart city project.

According to the lead author of the report, Adlane Fellah of Maravedis Research, Wi-Fi platforms will drive a whole new generation of use cases and revenues. “The impact from innovation, investment and hard work by companies involved with the Wi-Fi industry and the supporting standards bodies and industry alliances, including the Wireless Broadband Alliance, will be powerfully felt in 2020,” he commented.

The WBA report also analyzes the timeline for availability of unlicensed spectrum bands such as 6 Ghz, 3.5 GHz in the U.S., and explores the roadmap for Wi-Fi 6 as deployment continues to pick up speed, including details of the WBA’s work on convergence of Wi-Fi 6 and 5G, which many of the leading service provides have expressed interest in, as convergence is expected to deliver cost savings and better service for consumers.

“2020 is set to become the breakout year for Wi-Fi 6, which is clearly energizing our membership,” said Rodrigues. “This is easily the most dynamic time we have seen for anyone involved with Wi-Fi – from service providers to technology vendors – as we address massive opportunities from Wi-Fi 6 and unlicensed spectrum to 5G convergence, Wi-Fi roaming and IoT.”

The WBA recently published its Wi-Fi 6 deployment guidelines to help key vertical markets best address the Wi-Fi 6 opportunity, and as the global dependence on Wi-Fi continues to grow exponentially, it seems those guidelines are going to become increasingly critical.

The full WBA Annual Industry Report 2020 is available to download from this link.