RCR Wireless NewsIntelligence on all things wireless.
YOU ARE AT:5GIn the race to 5G, don't overlook the continued importance of 4G... 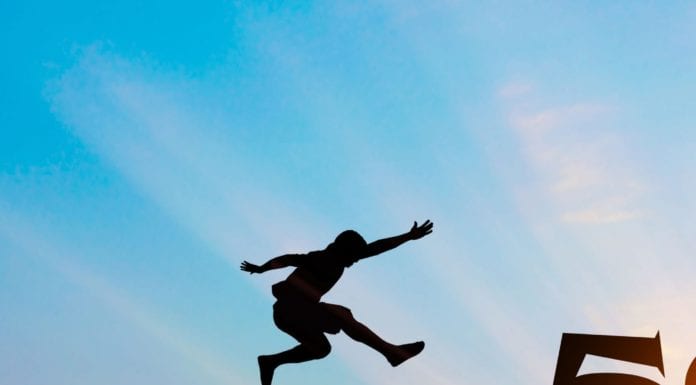 In the race to 5G, don’t overlook the continued importance of 4G (Reader Forum)

5G is the hot ticket item for mobile operators at the moment – we hear about its legendary fast speeds, its ultra-low latency and its ability to handle network congestion in a way we simply haven’t experienced with 4G. However, despite all the hype, we’re likely still a good few years away from a realistic future where that’s the case. However, surely we should be building for a new and exciting 5G future rather than trying to shore up legacy technology?

Unfortunately, it’s not that simple – and it’s far too soon to label 4G as an “old” technology. To begin with, it’s worth noting that as recently as 2018, GSMA reported that 4G was responsible for 43% of total connections, with 28% on 3G, and 29% on 2G. By their estimates, in 2025, 5G will only be responsible for 15% of connections, with the vast majority still on 4G. Even in North America, which is predicted to have the highest percentage of 5G connections, 44% will still rely on 4G.

This may in part be due to some of the limitations of 5G technology. The millimeter-wave technology that is near-synonymous with 5G will deliver additional capacity and enable super-fast speeds; however, it will be limited to short-range broadcasts, requiring direct line-of-sight to the cell, without the interruption of obstacles like windows, walls, or trees. Deploying 5G on sub-6GHz spectrum will aid the coverage component, of course, but even as 5G networks grow, they will remain complemented by 4G. Even the current 5G deployments are non-standalone and require 4G connections to “pass along” the connection onto 5G. With this in mind, even as investment pours into 5G planning, infrastructure and marketing, it’s important not to overlook the short term, realistic improvements that 4G can still offer.

For example, in Germany, Deutsche Telekom recently deployed over 300 LTE sites across the country, extending LTE service to 51,000 households that had previously only had 3G connectivity. As a result of the change, we observed a drop in average latency from 63 ms to just 24 ms in one of the municipalities (Kaufungen in central Germany) where the sites were deployed. What would such a decrease in latency translate to? Likely a significant improvement for making video calls or competitive video gaming over a mobile connection.

Worldwide, operators have spent the last few years installing LTE-Advanced technology like carrier aggregation and MIMO in tens of thousands of markets. Those upgrades have driven a steady global improvement in wireless speeds; moreover, the majority of handsets in use are compatible with at least some LTE-Advanced features, compared to the handful that support any 5G frequencies at all.

Maintaining a widespread and high-quality 4G network is also important for minimizing the rural/urban divide. Not only are the majority of current and planned 5G deployments focused on large urban areas, but historical trends suggest that urban users will adopt 5G-compatible devices more rapidly. Research suggests that rural residents in the US are the least likely in America to own a smartphone, indicating a general trend where rural areas are slower to adopt new technologies. Meanwhile, other research suggests that overall people are now keeping their phones longer – just short of three years for iPhones – meaning that we are least three years away from most consumers having 5G compatible devices. In truth, even three years is likely ambitious – 5G compatibility is by no means an “as standard” feature in new handsets and is more likely to come to higher-end devices first. Ensuring continuous, high-quality 4G services for sub-urban and rural areas, as well as consumers who, in general, want to upgrade less often and don’t necessarily want to pay extra for a premium device, will be important to that nobody gets left behind on the path to a more connected, faster mobile future.

The potential of 5G is beyond doubt, but we’re likely a decade away from when mobile users can expect a reliable 5G connection regardless of where they are. Meanwhile, 5G connections will be of most use for emerging use cases – autonomous vehicles, smart factories, or extremely intensive mobile gaming – rather than usual smartphone use-cases. For the foreseeable future, 4G and 5G will be forced to coexist, and operators must ensure they keep their eye on improving the 4G experience, even as they plan for the 5G revolution.

Facebook
Twitter
Linkedin
Previous articleKagan: What to expect as Altice Mobile enters wireless
Next articleTest and Measurement: IT network ‘brown-outs’ are costly and common, Netrounds finds