RCR Wireless NewsIntelligence on all things wireless.
YOU ARE AT:5GVerizon 5G goes live in 13 NFL stadiums in time for season... 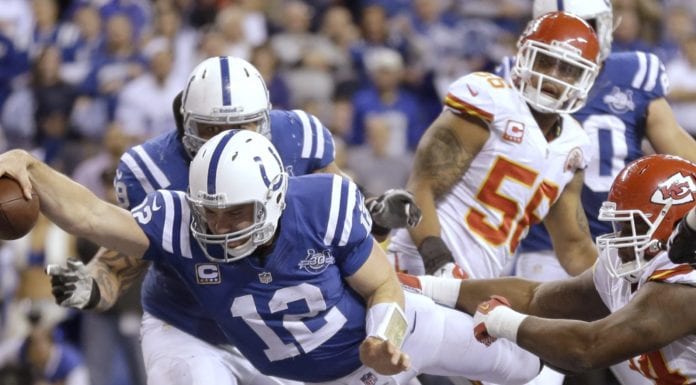 Verizon CEO: “We expect the impact on the sports entertainment industry to be massive”

As the NFL’s 100th season approaches, Verizon is preparing to bring its 5G Ultra Wideband service to 13 NFL stadiums, with additional deployments announced throughout the season. When used with a 5G-enabled device, Verizon 5G’s service will provide higher capacity, faster download speeds and lower latency for both fans and stadium employees.

The stadiums include Bank of America Stadium in North Carolina, Broncos Stadium at Mile High in Colorado, CenturyLink Field in Washington, Ford Field in Michigan, Gillette Stadium in Massachusetts, Hard Rock Stadium in Florida, and MetLife Stadium in New Jersey. In some cities, the stadium will be the only place with Verizon 5G Ultra Wideband service, giving fans a rare chance to experience 5G’s capabilities, which, according to Verizon CEO Hans Vestberg, are unprecedented.

“Verizon 5G is fundamentally changing the way we live, work and play, and we expect the impact on the sports entertainment industry to be massive — it promises to revolutionize the entire game-day experience for fans,” Vestberg said.

Football fans are not the only ones expected to benefit from Verizon’s 5G Ultra Wideband network. A super-fast and reliably connected network will improve operating models and revenue streams for everyone from stadium retailers, to food and beverage concessions, maintenance and operations managers, and public safety officials.

Service will be concentrated in parts of the seating areas, with limited availability in other locations, and when customers with 5G-enabled smartphones move outside the 5G coverage area, their devices will transition to Verizon’s 4G network.

Verizon has stated that when using its 5G network, users can expect average download speeds of 450 Mbps, with peak speeds of more than 1.5 Gbps and latency below 30 milliseconds. Initial tests revealed mixed speed results; however, recent tests performed in May produced consistent download speeds of 1.3 Gbps.

Roger Goodell, NFL commissioner, is optimistic about what 5G can bring to fans, commenting that the NFL is looking forward to having Verizon’s 5G Ultra Wideband service in all 32 NFL Clubs.