RCR Wireless NewsIntelligence on all things wireless.
YOU ARE AT:5GVerizon EVP on spectrum strategy: 'Not all 5G is created equal' 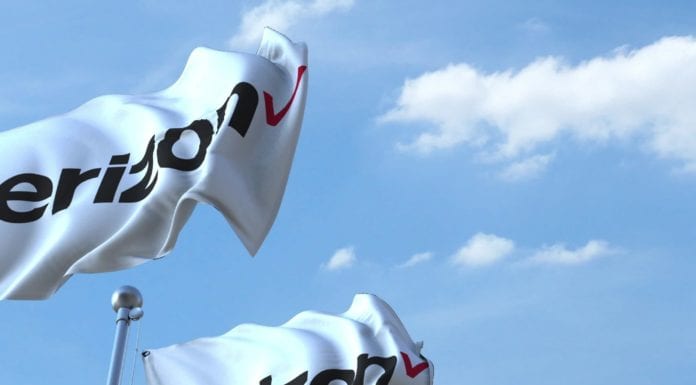 Verizon EVP on spectrum strategy: ‘Not all 5G is created equal’

Verizon’s ongoing mobile 5G network deployment, slated to hit parts of 30 cities by the end of the year, taps the operator’s millimeter wave spectrum holdings and has delivered downlink speeds in excess of 2 Gbps. In discussing how Verizon thinks about 5G coverage and capacity and attendant spectrum mix, EVP Ronan Dunne, group CEO of Verizon Consumer, said the current goal is discover what the technology can do.

The executive said millimeter wave is ideal for dense, urban areas and provides a differentiated value proposition; he noted that while less than half of Verizon’s wireless customers are in urban areas, more than half of the data traffic is generated there.

“Not all 5G is created equal,” Dunne said. “The broader the bandwidth you have…the more of the features and capabilities of 5G that you can enable. We want to have both a coverage strategy and a capability strategy. A very large majority of data that we carry on our network goes to large, dense, urban environments. When it comes to the ability to use 5G as a significant capacity enhancement, there’s more of an opportunity to leverage that in urban areas.”

T-Mobile US, which is working to merge with Sprint in part to combine 600 MHz, 2.5 GHz and millimeter wave spectrum for nationwide 5G, T-Mo executives have hit out at Verizon and AT&T for the limitations of millimeter wave and promised “5G for all” based on the wide area coverage 600 MHz provides.

“The lower down the spectrum tiers you go, the more that will approximate to a good 4G service,” Dunne said, speaking at Oppenheimer & Co.’s 22nd Annual Technology, Internet and Communications Conference in Boston. “If someone is rushing to bring out 5G nationwide” it could be because they “don’t have a credible 4G service” to start with.

Speaking last week on a quarterly earnings call, Verizon CEO Hans Vestberg said dynamic spectrum sharing is “an important piece” of 5G. “Ultimately, 5G is going to be on all bands. And I have a high confidence that my team is going to be doing that well, continue to have the leadership in the market when it comes to network performance. There might also come up opportunities all the time where it could be added spectrum. But right now, to launch both capacity and coverage, we feel confident on the assets we have.”

Dunne also reflected on Verizon’s reorganization into three business units–consumer, business and media, under the direction of Vestberg. Dunne said the reorganization was meant to reflect the company’s network-centric strategy.

“Our foundational rock on which we’ve built our Verizon brand is exceptional service from the network,” he said. We took the view that, particularly as we move into a 5G world, that we should orient our business model around our customer groups,” rather than around technology sets. Soon, he said, there “will be no difference between wireline and wireless.”

As Verizon builds out fiber and 5G, executives have called out a tight coordination in the engineering process.