RCR Wireless NewsIntelligence on all things wireless.
YOU ARE AT:5GTrump, Pai to talk 5G and rural broadband today 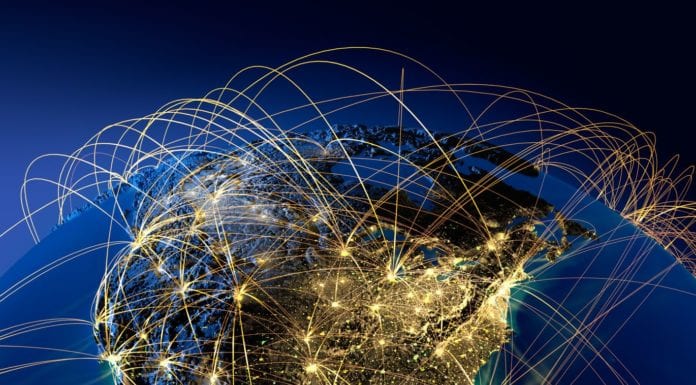 FCC has auctioned 1,500 megahertz of millimeter wave spectrum for 5G

Later today (April 12) President Donald Trump and Aji Pai, chairman of the U.S. Federal Communications Commission, will head to the Roosevelt Room in the White House to make public statements regarding 5G deployment in the U.S. and provide an update on plans to invest $20 billion in providing rural Americans with improved broadband access.

Trump has made a number of statements regarding 5G largely focused on cellular technology’s role in creating financial opportunities. In February he tweeted: “I want 5G, and even 6G, technology in the United States as soon as possible. It is far more powerful, faster, and smarter than the current standard. American companies must step up their efforts or get left behind.”

His administration has previously discussed plans to potentially build out a nationalized 5G network, although that has been walked back. Last week White House advisor Larry Kudlow, a former Wall Street analyst, television host and cocaine addict, said, “The private sector will figure things out far better than the government sector.”

In the U.S., Verizon and AT&T are currently offering commercial 5G services in limited parts of several markets. Verizon has mobile 5G available in two cities, and fixed wireless home broadband in four others. AT&T has mobile 5G available in parts of 12 markets. Although device selection is currently limited, a raft of compatible handsets will hit the market throughout the year as the carriers expand their service areas. Sprint and T-Mobile US, which are tied up in an ongoing merger review process, have standalone and joint 5G ambitions.

White 5G is holistically envisioned as a mix of low-, mid- and high-band spectrum, Verizon and AT&T are currently using millimeter wave frequencies to deliver an enhanced mobile broadband experience.

The FCC has moved quick in freeing up high-band spectrum for 5G, so far auctioning off more than 1,500 megahertz with plans to start another auction on Dec. 10 covering some 3,400 megahertz of spectrum.

Another focus of today’s White House event is rural broadband–a major focus of the FCC and the subject of the $20.4 billion Rural Digital Opportunity Fund.

According to the telecom regulator, “In urban areas, 97% of Americans have access to high-speed fixed service. In rural areas, that number falls to 65%. And on Tribal lands, barely 60% have access. All told, nearly 30 million Americans cannot reap the benefits of the digital age.”