RCR Wireless NewsIntelligence on all things wireless.
YOU ARE AT:5GUnderstanding the technological and business appeal of 5G fixed wireless access 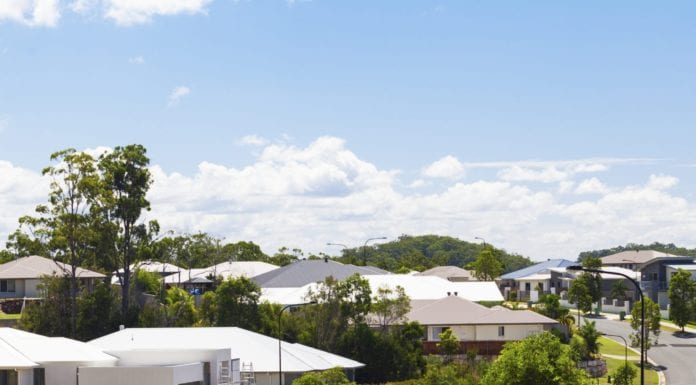 Throughout the standardization process, 5G was boiled down to three primary use cases: enhanced mobile broadband, massive support for the internet of things and ultra-reliable low-latency communications. Providing mobile users with higher speeds was always regarded as the first 5G use case that would tip, so to speak, but in practice we’re seeing something slightly different, particularly in the U.S. market.

Case in point: Verizon claimed the mantle of first to market with a 5G service, but it wasn’t a mobile service. In October of last year, Verizon began offering 5G Home–a fixed wireless residential broadband service available initially in four markets. (Granted 5G Home in its current form is based on proprietary Verizon Technical Forum 5G specifications rather than 3GPP’s 5G New Radio, but the operator says it will upgrade to the global standard and that dynamic has been thoroughly dissected and criticized).

A big driver of fixed wireless’ appeal is the millimeter wave spectrum strategy that has marked U.S. operators’ first cuts at 5G. In short, it’s significantly easier to provide a consistent user experience over millimeter wave if the device is stationary. Millimeter wave propagation, while performing better than expected, is tricky. Foliage, oxygen absorption, building materials and a raft of other variables compound the already limited abilities of high-band frequencies.

But there’s a clear logic to starting with fixed wireless and evolving to mobile. Both use cases, in order to deliver an enhanced broadband experience as compared to LTE, require millimeter wave spectrum. And successfully deploying millimeter wave spectrum requires densification of the radio access network. So, while you’re adding radio sites for fixed, you’re simultaneously laying the groundwork for mobility. Not to mention, by taking on the residential broadband segment, traditionally mobile-focused carriers are solving a number of business problems, chief among them the last mile costs of fiber-to-the-home or premise, stagnating ARPU and movements from traditional cable companies into the wireless space. And while Verizon was initially derided by its competitors, the winds seem to be changing.

Verizon’s choice to pursue fixed wireless as its first 5G offering initially drew some criticism from competitors–ahead of the October launch, AT&T’s Chief Technology Officer Andre Fuetsche quipped that Verizon is “fixated on fixed. At AT&T we’re all about 5G mobile…We think that’s pretty significant and a differentiator.” Fast forward to AT&T’s January when the company was reporting its fourth quarter earnings and CEO Randall Stephenson discussed 5G as an alternative to fixed broadband. “I have little doubt that in the three to five year time horizon, you’ll see substitution…This will play itself out that way.”

T-Mobile US executives throw shade at virtually everything their competitors do but have signaled their own interest in using fixed wireless to enter the residential broadband market, particularly in the context of creating competition as they try to gain regulatory approvals for a proposed $26 billion merger with Sprint.

In February, T-Mobile US Chief Operating Officer Mike Sievert said early pilots will be based on LTE but characterized 5G as a disruptive force vis-a-vis home broadband. “In 2019 we are gonna begin piloting home broadband offers,” Sievert said. “They’re based on 4G LTE for some of this year; later it’ll move to 5G and it’s a pilot. You’re going to see us doing activity and it’s for a reason. We expect in New T-Mobile for this to be a substantial part of our growth story. We see the opportunity for millions of household. We intend to market home broadband service in 52% of U.S. zip codes.”

Sievert called out a median speed of 450 Mbps and called out home broadband as a space ripe for new entrants, noting that 48% of U.S. households “have no choice for home broadband.” He said investment in a mobile network would lay the groundwork for home broadband “without the extra burden of significant extra capital. “Most of our aspirations for that are in the context of New T-Mobile. It’s capacity dependent and home broadband is very, very consumptive.”

As U.S. carriers invest in this generational upgrade to 5G, fixed wireless is clearly appealing. Capex dedicated to fixed wireless can also be iterated to support mobile and vice versa. Further, as cable companies lure away mobile customers, telcos can give as good as they get by bundling in wireless home broadband service, which balances capital spend with a potential to increase ARPU and add net subscribers.