RCR Wireless NewsIntelligence on all things wireless.
YOU ARE AT:Analyst AngleFTC vs. Qualcomm: A proxy for China vs. the USA? (Analyst Angle) 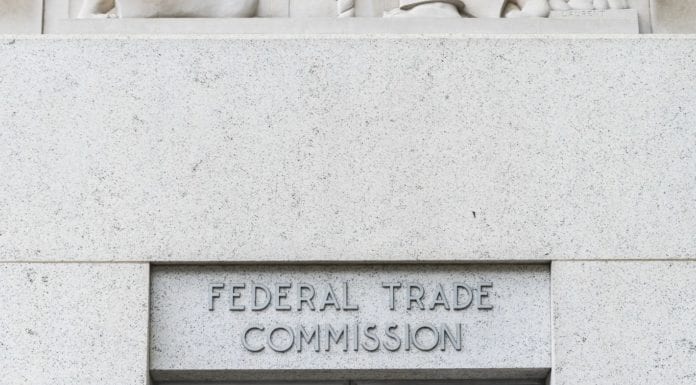 FTC vs. Qualcomm: A proxy for China vs. the USA? (Analyst Angle)

In all the chaos of allegations, counter allegations, scores of testimonies, rebuttals, cross-examinations, and others, I humbly request that Judge Koh and the FTC pause for a moment and ponder this question: “If Qualcomm loses this case, who will win?” No, it’s not the FTC; the real winner would be China, in the form of its proxy Huawei (and to a lesser extent, Apple).

In my previous article, I explained how FTC’s activist attempt to fight Qualcomm will result in reduced competition, limited choice, increased prices, and will ultimately do great harm to consumers and the industry. This is clearly against FTC’s sworn mission and the very reason for its existence. But the importance of this case goes much further and beyond the FTC; it goes directly to the core of the purpose of the United States government itself, which is to protect the lives, the assets, and the interests of citizens of this great country. Today, technological advances define the future of countries. Rightly so, the U.S. government has made the protection of its intellectual property one of its main objectives. However, FTC’s actions are summarily against that objective.

Qualcomm is a well-oiled innovation engine

As the trial progressed, a lot of interesting facts have come to the light of day. It is undeniably clear that Qualcomm has been and continues to be a well-oiled innovation engine, efficiently cranking out technologies and products. In the testimony on Friday, Jan 25th, 2019, Christopher Johnson of Bain & Company reluctantly spilled the beans from the competitive analysis they did for Intel. They benchmarked investments, execution, and productivity between Intel and Qualcomm, especially pertaining to the development of wireless technologies and products.  Bain’s analysis showed that Qualcomm’s investment on the SoCs (System on Chip) was comparable to that of Intel, but produced three times as many products. The report also showed that Qualcomm invested much more than Intel in developing wireless technologies and modems, which are at the heart of all mobile devices and networks.

With Qualcomm’s strong performance, no wonder weaker modem chipset players couldn’t compete and quickly folded. For example, companies such as Broadcom (which consolidated assets from Renesas, and Beceem), ST Ericsson, and Texas Instruments exited the business. Other players such as Infineon were bought by bigger companies like Intel. As a result, the majority of smartphone OEMs, be it new ones such as Apple, Samsung, LG, and a whole slew of Chinese OEMs, or legacy OEMs such as Motorola, Sony, Blackberry, and others, ultimately ended up using Qualcomm’s chipsets. In other words, Qualcomm’s strong market position was primarily because of its clear vision, incredibly talented engineers, and military-precision execution. However, this position didn’t give them the market power as alleged by FTC or make them immune to competition. As proven time and again, the highly-competitive mobile market only rewards winners, and harshly punishes those that stumble. Nokia’s spectacular demise from its peak is a great example of this. Specific to Qualcomm, the failure of the Snapdragon 810 chipset which came after the blockbuster Snapdragon 800, made many OEMs quickly abandon Qualcomm and take their business elsewhere. In the fast-changing mobile industry, market power is a misnomer, and only the companies that have the right foresight, investment and execution survive and thrive.

Down payment for the next-gen technologies

When analyzing the value of cellular IP and modem chipsets, conventional wisdom might be to only consider the share of a company’s contribution in the current generation and to evaluate accordingly. However, many fail to understand that wireless technology is not static, but a series of evolutions, and multiple releases within each evolution (G, or generation). For OEMs to be successful, the key is to leverage a steady stream of technologies and solutions to feed multiple generations of products. That means, the price they are paying for today’s technology also includes a down payment for the next generation of technologies they will need down the road. For example, when OEMs were selling 3G devices in 2006 and 2007, Qualcomm’s R&D engineers were already working on 4G technologies, funded in large part by licensing revenue from all of those OEMs’ devices.  And when 4G was growing exponentially in 2014 and 2015, Qualcomm was already heavily re-investing in 5G. Essentially, Qualcomm has acted like an R&D design house for the entire smartphone industry ever since 2G. It is a virtuous cycle of innovation and re-investment, one generation after another.

What happens, if this cycle of innovation and re-investment is disrupted?

If Qualcomm loses this trial, and its ability to recoup investments through licensing technology at market prices is severely curtailed, Qualcomm will undeniably have to reduce investment in risky new technologies. Remember that 5G is still in its infancy, and the industry still has a long way to go to achieve its promise of changing the world. As articulated in testimonies in the trial, it is not just the investment that matters; Qualcomm’s vision, brain trust, and execution will also be severely hampered. Damage to Qualcomm will create a big void that no other American company may be able to fill, and any public company would be faced with the same challenge of not being able to recoup its investments with fair returns. There are not many companies in the U.S. that have the expertise, and fewer still, the efficient horizontal business model of Qualcomm, as made amply clear by Bain’s analysis.

China’s premier technology provider, Huawei, would be more than happy to fill this void, and with tacit support from the Chinese government. Unlike publicly-traded American companies, Huawei enjoys freedom from the worries about access to capital for investment, and it’s not particularly worried about returning a profit to investors. Remember that Advanced Information technology is among the top of “Made in China 2025” goals set out by the Chinese government. Capitalizing on its current momentum, Huawei would willingly take the world’s R&D crown. And the FTC would unwittingly be handing over the tiara on a silver platter.

The irony is that other parts of the U.S. government, for example, the U.S. Department of Justice, are busy pressuring other governments to keep Huawei at bay for security concerns. They even criminally charged Huawei for IP violations and other charges. Yet the FTC is upholding Huawei as its key, credible witness in undermining Qualcomm, the crown jewel of U.S. innovation. What could you call this travesty? The tragedy of democracy, the lethargy of bureaucracy? No matter what you call it, this is indeed a national disgrace.