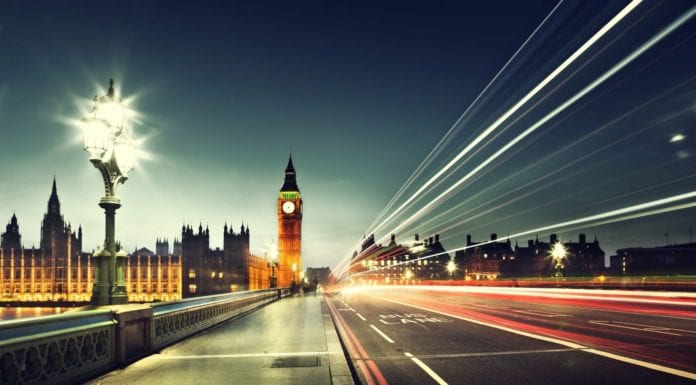 The carrier aims to launch its 5G commercial service in 2019

U.K .telecom operator EE,  part of BT Group,  announced that nine 5G trial sites are now live across East London.
“Deploying this brand new layer of our EE mobile network is far from straightforward, and this trial has helped us to understand – and learn how to overcome – the significant challenges that we’ll face in the coming years. We’re also learning about the coverage we can achieve with 5G New Radio on our new 3.4G Hz spectrum, both indoors and in densely cluttered streets,” said Howard Watson, CTIO at EE.
The executive also highlighted that the trial had a number of key challenges when deploying 5G, including: that rooftop sites often need significant strengthening to carry the new 50 kg 5G antennas; that the level of upgrade work required can cause delays in obtaining planning permission, and can necessitate repeat visits; and that the location for 5G antennas can be dictated by the need to stay below regulated power output levels.
EE’s nine trial sites in East London cover Provost Street, City Road, Central Street, Old Street, Cheapside, St Paul’s, Finsbury Circus Garden, Clerkenwell Street and Bartholomew Square, EE said.
The carrier also said that businesses and consumers in these areas are being invited to join the trial, which will first use 5G as an alternative to their fixed broadband.
As well as these new sites in East London, EE is also currently trialling live 5G in Canary Wharf, and new device functionality is being tested in the state-of-the-art Borehamwood test lab.
EE has previously said it aims to launch commercial 5G services next year.
In June, rival operator Vodafone unveiled seven cities that will become 5G trial areas, with roll outs starting between October and December this year. The carrier aims to test 5G at more than 40 sites in Birmingham, Bristol, Cardiff, Glasgow, Liverpool, London and Manchester. Vodafone also expects to work with a number of enterprise customers, with a view to testing new 5G applications such as augmented and virtual reality in offices, factories and hospitals.
Vodafone plans to commercially launch 5G services in the U.K in 2020, the telco has previously said. Its initial 5G trials will allow the company to start limited deployments in dense urban areas in some markets during 2019.
O2 previously announced plans to launch a 5G testbed at the O2 entertainment venue in North Greenwich during 2018. The company also said that the network will initially roll-out across select locations at the O2, including the O2 blueroom and the O2 store at the venue, with plans to extend coverage across the venue by the end of 2020. The testbed will be delivered using Multi-access Edge Computing (MEC) and is configured for virtualization of core 5G network technologies. O2 will use the network to test a variety of equipment and potential use cases for 5G under live conditions, gathering feedback from customers and partners.
Earlier this year, U.K. telcos obtained spectrum for the future provision of 5G services. BT-owned EE won 40 megahertz for which it paid £303 million ($395 million). Three secured 20 megahertz of 3.4 GHz spectrum at a cost of £151.3 million. Vodafone won 50 megahertz of spectrum in the 3.4GHz frequency band after paying £378 million, while Telefónica-owned O2 picked up 40 megahertz for £318m.

Facebook
Twitter
Linkedin
Previous articleKagan: How 5G wireless will impact you and your company
Next articleOptus to launch 5G fixed wireless in two Australian cities in January 2019