RCR Wireless NewsIntelligence on all things wireless.
YOU ARE AT:5GNI: The emergence of 5G, IoT complexity and autonomous vehicles are driving... 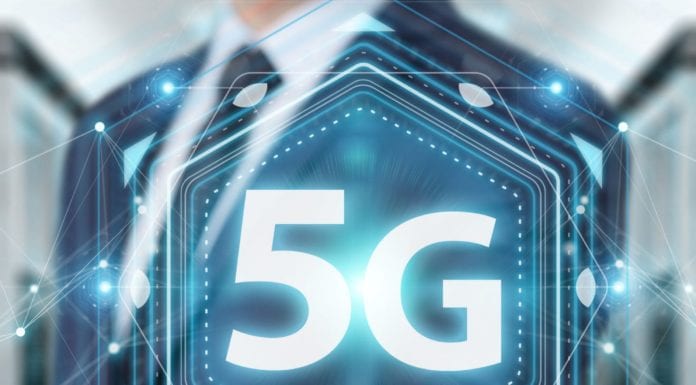 NI: The emergence of 5G, IoT complexity and autonomous vehicles are driving test

Three mega trends driving automated test and measurement include the emergence of 5G, increasing complexity in internet of things devices and the push toward autonomous vehicles, according to a National Instruments’ annual Trendwatch report.

“Since the beginning of cellular communication, test engineers have been iterating on an accepted set of measurements and techniques to test wireless communications technology in high volumes, from RF semiconductors to base stations and mobile handsets,” wrote Charles Schroeder, NI business and technology fellow, in the report. “But with 5G, the technology inside these wireless devices will be more complex, and the highly optimized techniques that have been used to test previous generations will need to be rethought.”

“Test equipment suppliers and test engineers have risen to the challenge of testing increasing performance and complexity while minimizing time to market and cost of test, and they’ll do it again for 5G. Though the challenges of testing 5G look complex today, engineers around the world are already developing the new test instruments and methods, like OTA, that are necessary to make 5G a commercial success,” he wrote.

In the area of autonomous vehicle development, NI’s Jeff Phillips, head of automotive marketing, cited the success of Advanced Driver Assistance Systems such as collision warning and automatic-braking features, but went on to add that “to … take the driver from behind the wheel, the auto industry faces significantly more complicated challenges.

“Sensor fusion—the combining of measurement data from many sensors to drive outcomes—is required, and it demands synchronization, high-power processing, and the continued evolution of the sensors themselves. For automotive manufacturers, this means finding the appropriate balance across three critical trade-offs: cost, technology, and strategy,” Phillips wrote. “Ultimately,” he went on, “the goal of processing sensor data is to create a fail-safe representation of the environment surrounding the car in a way that can be fed into decision-making algorithms and that can keep costs down so the final product is profitable.”

He cited the example of the Audi A8, saying that in the 2019 model, Audi “combined the required sensors, function portfolio, electronic hardware, and software architecture into a single central system. This central driver assistance controller computes an entire model of the vehicle’s surroundings and activates all assistance systems. It has more processing power than all the systems in the previous model of the Audi A8 combined. The primary concern with a centralized architecture is the cost of high-power processing, which is exacerbated by needing a secondary fusion controller somewhere else in the car as a safety-critical backup. Preferences will likely alternate between distributed and centralized architectural design over time as the controller and its processing capabilities evolve, which means a software-defined tester design will be critical in keeping up with that evolution.”

Another major trend is increasingly complex IoT devices, according to Mike Santori, NI business and technology fellow. He added that applying IoT concepts to make test processes more connected — by making test devices themselves into connected, managed devices — can help to address challenges in IoT testing.

“Applying IoT capabilities such as systems management, data management, visualization and analytics, and application enablement to the automated test workflow can better equip test engineers to overcome the challenges of the IoT,” Santori wrote.

In related news, NI reported a strong third quarter performance and continued a string of record quarters in terms of revenue.

The company’s revenues were up 8% year-over-year to a record $346 million, and net income jumped 29% from the same period last year, to $43 million — a company record for third-quarter profits, NI noted.

“I am excited by the multi-year growth opportunities we see in areas like 5G semiconductors and electric and autonomous vehicles,” said Alex Davern, NI CEO, in a statement. “We will continue to drive aligned execution through sales, marketing, and [research and development] to accelerate growth — both organically and inorganically — in the target industries where our platform is most highly differentiated.”