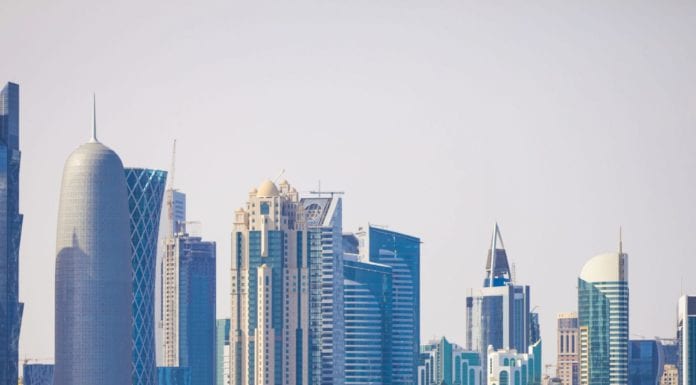 Qatari telecom operator Ooredoo has showcased a self-driving 5G connected aerial taxi in Doha, as part of a demonstration of 5G use cases in different locations across Qatar’s capital.

The telco also tested a 5G-equipped bus as well as a 5G house boat.

Ooredoo’s self-driving 5G connected aerial taxi is a large, drone-like vehicle big enough to transport two people to a destination up to 20 minutes away with a 130 Km/h speed. The taxi is automatic and runs on Ooredoo’s 5G network.

Also, Ooredoo also set-up a futuristic 8K virtual reality experience on a modern house boat in The Pearl, an artificial island in Doha.

“The Ooredoo 5G roll-out is growing daily, but as our customers cannot yet access the speeds and benefits of our ongoing investment, we wanted to demonstrate the true power of 5G and showcase what our technology will do for Qatar in the near future and in the years to come,” said Waleed Al Sayed, Ooredoo CEO.

“Ooredoo is leading global internet of things innovation thanks to our world-class 5G networks and we are the clear partner for Qatar’s growing smart city technological needs. Thanks to our Supernet network and IoT solutions, Qatar will soon be able to offer the futuristic experiments shown today to everyone connected to Ooredoo 5G,” the executive added.

Ooredoo Qatar said it is currently preparing 1,200 base stations across the country to be 5G-ready.

In May, Ooredoo launched what it claimed to be first the world’s first live 5G network on the 3.5 GHz spectrum band.

At the time of the launch, Ooredoo said it expected to expand its 5G offering to new areas in Qatar over the coming months. The company has previously said the 5G rollout will also support smart cities and smart stadium projects in Qatar.

In February this year, Ooredoo Group strengthened its framework agreement with Finnish vendor Nokia to pave the way for 5G adoption across the Middle East, North Africa and Southeast Asia, signing a deal with Nokia to collaborate on the 5G deployments starting in 2018 in Qatar.

The agreement included Nokia’s commercially-available 5G-ready products, such as the AirScale radio platform and 5G Adaptive Antenna System based on 3GPP Rel. 15 New Radio, and transformation of Ooredoo’s existing networks.

Rival operator Vodafone Qatar recently announced the activation of its 5G network in the Arab nation, aiming to enable a wide range of new applications including remote healthcare and driverless cars.