RCR Wireless NewsIntelligence on all things wireless.
YOU ARE AT:Network InfrastructureHow pdvWireless hopes to shape the US private LTE space 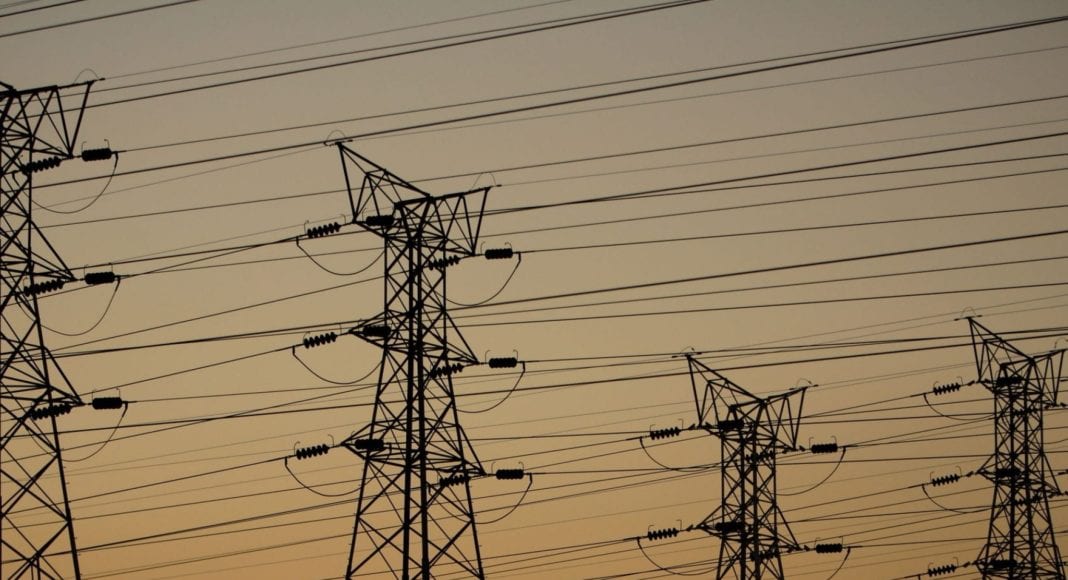 How pdvWireless hopes to shape the US private LTE space

pdvWireless hopes to leverage its 900 MHz footprint for private broadband, including LTE

The most-discussed spectrum for U.S. private LTE use is the Citizens Broadband Radio Service band at 3.5 GHz, or the unlicensed spectrum at 5 GHz most commonly used by Wi-Fi. But
there is another option in front of the Federal Communications Commission: the reshaping of
spectrum at 900 MHz that currently supports narrowband uses for private networks such as utilities, municipal transportation, railroads, airlines and other enterprise and industrial critical communications.

Private network operations are far from new for such companies, but such networks have been limited to narrowband uses.

“We think of private networks as being new, but if you look at utilities, they’re operating a lot of different private networks for quite some time,” said Rob Schwartz, president and COO of pdvWireless, adding that those can range from Land Mobile Radio voice networks to Supervisory Control and Data Acquisition (SCADA) systems. “Utilities often operate in places where there isn’t ideal coverage, or for specific use cases, and with the exponential growth in connected devices, this creates the need for broadband private LTE.”

Back in the days of Nextel, Sprint used holdings in the 896-901/935-940 MHz to operate its iDEN network. In 2014, that Nextel spectrum was acquired by pdvWireless, which is headed up by a number of former Nextel executives, including Nextel’s co-founders. Although there are other licensees in the band, pdvWireless says that it is the largest holder with a nationwide footprint of licenses in the spectrum, owning about 60% of the channels with a nationwide footprint and an average of 240 channels (out of 399) in most major metro markets.

In late 2014, pdvWireless made a proposition to the FCC: 900 MHz should be realigned to allow a
Private Enterprise Broadband allocation, or PEBB, and the spectrum subdivided in order to support both narrowband and broadband operations (such as LTE).

“The rules governing the 900 MHz band have not been updated in any meaningful technical
or operational sense for more than 30 years,” pdvWireless said in one of its FCC filings. “The spectrum remains assigned in 12.5 kHz bandwidth increments, affording limited opportunity to aggregate channels for wideband operation. Outside the major urban areas, much of it has never been placed into operation.”

“Today, the most advanced communications networks are usually part of public networks offered by wireless common carriers,” pdvWireless said. “These networks are quite capable, but they are built to the specifications of the wireless carriers, not the unique specifications of individual businesses that use 900 MHz networks. Utilities, for example, may require better backup and greater survivability during emergencies than common carrier networks. As examples, during recent hurricanes, utility narrowband networks were more likely to remain operational than wireless carrier broadband networks. These private networks would be even more valuable with broadband capabilities.”

Schwartz said that pdvWireless’ spectrum holdings represent one of the few opportunities for companies that require private broadband networks on sub-1 GHz spectrum.

“If you’re one of those enterprises that needs spectrum for cost effective coverage, there really aren’t any other options,” he said. “We’re going to be the enabler to allow them to build and operate a broadband network.”

In some cases, that enablement may simply be providing spectrum access. In other cases, that could mean building and operating the network on behalf of the end customer.

“We’re seeing interest in private spectrum leveraging 900 MHz from a variety of sectors in addition to utilities: oil and gas, mining, transportation and airports are just a few,” said Alice Moy-Gonzalez, VP of strategic development for pdvWireless.

Moy-Gonzalez said that one complexity which utilities face today comes from managing multiple networks, which makes the private LTE opportunity so attractive. While utilities often have telecom staffs, their organizations may not have the extensive personnel teams that a carrier does — so partnerships will be important in order to get private LTE networks deployed and to operate them and benefit from the economies of scale.

The FCC responded to pdvWireless’ request by taking comment on a number of possibilities for the 900 MHz band: allow greater aggregation of licenses so that broadband operations could be achieved; realign the band, perhaps as pdvWireless suggested for both broadband and narrowband use; and generally, asking for input on how to make more efficient use of the spectrum.

PdvWireless has gathered a number of backers for its proposal, although current licensees have made clear that they don’t want interference from new LTE operations in the band to interfere with their current narrowband critical communications infrastructure and adjustments have been made to its proposal in order to address those concerns. United Parcel Service, for instance, which operates 900 MHz private land-mobile radio at its hub facilities, said in comments to the FCC that it generally supported the PEBB proposal in order to expand its technology options.

“The entrance of a 900 MHz PEBB licensee will provide a much-needed enterprise-grade provider in the marketplace for commercial LTE services, where current providers are understandably more focused on the typical consumer’s needs,” UPS said. “UPS is a heavy user of commercial LTE services throughout many parts of our business, but for mission-critical communications at many of our larger facilities, no existing LTE service provider to date has been willing or able to guarantee contractually the service levels we require. As a result, private trunked radio systems are the only option available today for meeting this critical business need.”

In its most recent filing with the FCC in May, pdvWireless urged the commission to move forward with a Notice of Proposed Rulemaking on changes to the band — but there’s no guarantee that the FCC will do so. PdvWireless has focused its operations on narrowband dispatch systems, and as of its most recent quarterly call, Schwartz told investors that the proliferation and sophistication of OTT PTT applications on carrier LTE networks mean that the narrowband dispatch business wasn’t sufficiently supported by the market. Pdv cut 20% of its workforce and reported a net loss for the quarter of $8.8 million, which was less than its loss of $14 million during the same period in the previous year.

In the meantime, the company is focused on trials, such providing spectrum support for a drone trial led by Rockwell Collins to demonstrate the ability to serve as “utility infrastructure for preventive and restorative maintenance,” and a large project with utility company Ameren. Ameren was granted a two-year experimental license for a private LTE pilot network in Illinois and Missouri and according to pdv, is “currently preparing to launch their multi-state pilot program this calendar year.” PdvWireless was one of a number of 900 MHz licensees that allowed Google to utilize its spectrum for its Project Loon balloons that provided emergency cellular coverage in Puerto Rico in the wake of Hurricane Maria.

So for U.S. private LTE, what would be the relationship of 900 MHz to the Citizens Broadband Radio Service? PdvWireless says they would be complementary.

“Pdv’s 900 MHz provides superior coverage and penetration characteristics of a sub-1 GHz spectrum band with existing off-the-shelf LTE technology and devices that [allow] for a foundation of cost-effective coverage for private wireless sytems,” Schwarz said on the company’s quarterly call. “We believe higher spectrum bands like CBRS … can provide incremental local capacity on a licensed or unlicensed basis where and if needed, and we look forward to potentially proving out this use case in future pilots.”

PdvWireless also argued in its filings that if the FCC decides to go with a CBRS framework based on larger geographic license areas than enterprises want — or a compromise mix of the larger licenses favored by wireless operators and the smaller ones favored by businesses — that the 900 MHz spectrum would provide another opportunity for enterprises to get access to small geographic portions of broadband spectrum.

“If the Commission … adopts a CBRS licensing framework that lacks reasonable small geographic-area licensing, such action would deny industrial and critical infrastructure entities meaningful access to the 3.5 GHz band and could undermine U.S. national and homeland security by denying them the ability to deploy [industrial IoT] applications and services that improve the resiliency of their operations,” pdvWireless said in comments to the FCC. “The 3.5 GHz band … will fill a vital role in addressing fixed, localized IIoT needs where expansive capacity is required, but it cannot provide the propagation and mobility advantages offered by the 900 MHz PEBB option. Together, these bands can play essential, complementary roles in addressing [private enterprise]/[critical infrastructure industry] broadband requirements.”

Looking for more information on private LTE? Check out our webinar featuring Rob Schwartz of pdvWireless, and download our editorial special report.