RCR Wireless NewsIntelligence on all things wireless.
YOU ARE AT:CarriersBT chief Gavin Patterson sacked as shares and confidence slide 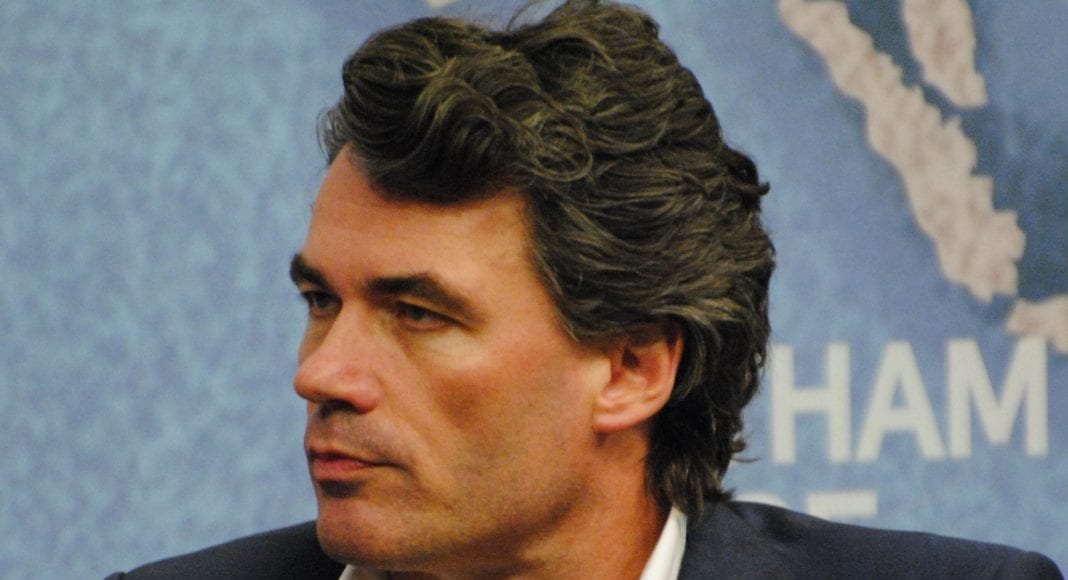 BT chief executive Gavin Patterson has been sacked, after shareholders finally lost patience with the beleaguered British group’s strategy and performance. BT’s stock has slumped to a six-year low on the back of slowing performance, job cuts, regulatory fines, and accounting scandals.

BT chief executive Gavin Patterson has been sacked after deepening shareholder unrest at the group’s recent performance and strategy took its toll. Having backed Patterson just last month, as the company announced 13,000 jobs cuts, BT chairman Jan du Plessis called Patterson to a meeting on Wednesday (June 6) to confirm his five-year stewardship was to end.

BT said Patterson will remain in position until a replacement is found; it expected to finish its search before the year is out. “The board is fully supportive of the strategy recently set out by Gavin and his team. The broader reaction to our recent results announcement has though demonstrated to Gavin and me that there is a need for a change of leadership to deliver this strategy,” commented du Plessis.

“To that end a number of concrete initiatives have already been launched and Gavin’s commitment to continue to lead the business during this transition phase will provide invaluable continuity. While BT is a very demanding business, with multiple stakeholders, we do have significant opportunities ahead of us. I am confident that, for the remainder of his term, Gavin and his senior management team will continue to display the energy required to deal with every dimension of the task at hand.”

The symbolism of the Amazon deal put BT’s own takings from the reshuffled Premier League football rights in the shade. BT is spending an additional £90 million on a further 20 football matches from next season. The change to Premier League broadcasting was expected, with Amazon in negotiations for some months, but it put increased pressure on Patterson, who has prioritised BT’s consumer brand building.

For Patterson, things came to a head in May, with the company’s reporting flat-to-lower revenue and profits, a pared back outlook, and, more 13,000 job cuts, its most in a decade. Days later, news broke from its financial results Patterson had pocketed a £1.5 million bonus and a 1.5 per cent pay rise, taking his annual income to £2.3 million last year.

Patterson, who became BT chief executive in 2013, having headed its retail division previously, has sought to build up BT’s mobile and TV services to complement its broadband and fixed line business. But he has been criticised for staking massive sums on sports rights, primarily, in an attempt to attract customers to its TV service.

Patterson said: “I’ve been immensely proud of what we’ve achieved, in particular the transformation of the business in recent years with the launch of BT Sport, the purchase and integration of EE, and the agreement to create greater independence for Openreach.

“That, combined with the critical expansion of our superfast broadband network to 27 million customers, and our stated ambition to reach 10 million homes with ultrafast broadband by the mid-2020s have fundamentally repositioned the company. BT is a great business and with the new management team I’ve recently put in place, is I believe very well positioned to thrive in the future.”