RCR Wireless NewsIntelligence on all things wireless.
YOU ARE AT:5GU.K. cities to generate annual savings of more than $8 billion with... 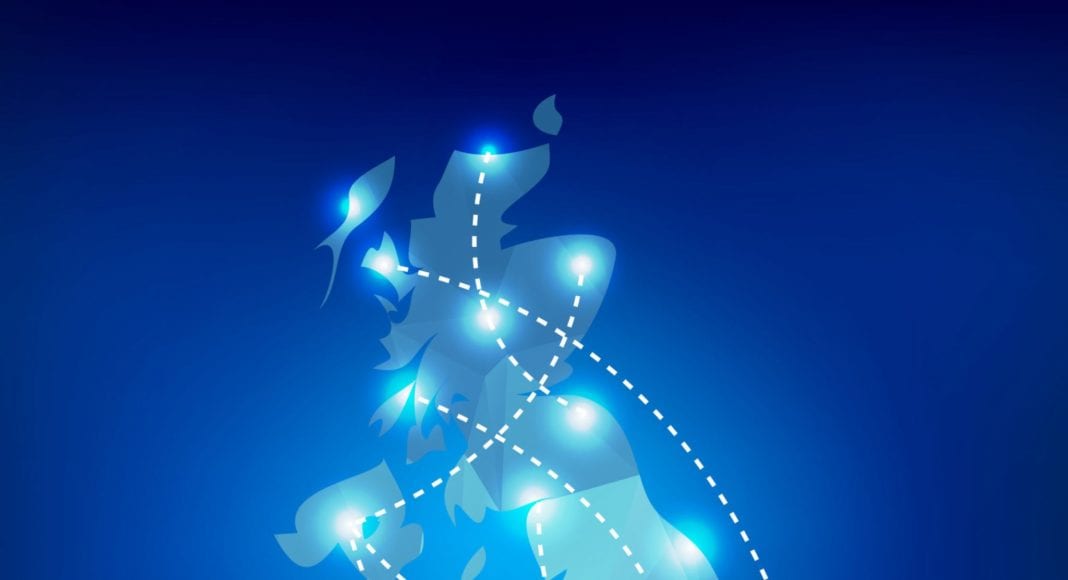 The U.K. government plans to kick off a 5G spectrum auction on March 20

The implementation of 5G technologies will enable cities in the U.K. to generate annual savings of £6 billion ($8.36 billion), according to a recent study by U.K mobile operator O2. The report said with the adoption of 5G, cities will experience reductions in road congestion and rail delays and improvements to smart grids and healthcare.

According to the telco, the deployment of 5G sensors on railway lines will generate improvements in predictive maintenance. Meanwhile, 5G-enabled road management systems will reduce the time spent stuck in traffic by 10% for the U.K’s 5.6 million vehicle commuters.

Commuters will also be better connected to street-level data via mobile journey planning apps linked to connected street furniture such as lamp posts and bus stops, the report said.

“Our report demonstrates how 5G technology, when it arrives, will provide unprecedented benefits for consumers, councils and cities alike. The enhanced connectivity on offer will make a real difference to people’s lives and pockets,” O2 CEO Mark Evans said. “However, none of these benefits are assured. We need a high level of collaboration to press ahead with the rollout and to hardwire 5G into the fabric of our cities.”

O2’s report also highlighted that future 5G networks will also generate savings in households. The implementation of 5G-enabled smart grid systems and other equipment such as smart fridges, will allow households to save up to £450 per year.

“It’s clear from our report that 5G technology will play a vital role in ensuring that all citizens get the mobile service they deserve. But while 5G promises a range of unprecedented benefits, we should be clear that these won’t be achieved without collective investment and collaboration,” said Derek McManus, O2’s chief operating officer. “That means complete alignment from operators, public service providers, local authorities, landlords and technology companies to explore new opportunities for better connectivity and denser coverage.”

Last month, O2 unveiled plans to launch a 5G testbed at The O2 venue in London later this year. The telco said that the test bed will be delivered using Multi-access Edge Computing (MEC) and is configured for virtualization of core 5G network technologies.

O2 said that it aims to launch future 5G trials in England, Scotland, Wales and Northern Ireland that will look at uses for 5G for consumers.

U.K. telecommunications regulator Ofcom plans to award 150 megahertz of spectrum in the 3.4 GHz band for the provision of 5G services in the country. The watchdog has recently confirmed that six telcos including EE (BT), O2 (Telefonica), Vodafone, Three (Hutchison 3G UK), Connexin Limited and Airspan Spectrum Holdings were approved to take part in the process.

The 5G spectrum is slated to begin on 20 March, Ofcom said. The regulator had initially planned to hold the 5G spectrum auction in 2017, but it has been delayed by litigation brought by local carriers Three and BT/EE.