RCR Wireless NewsIntelligence on all things wireless.
YOU ARE AT:DevicesHow telecom operators can benefit from drones 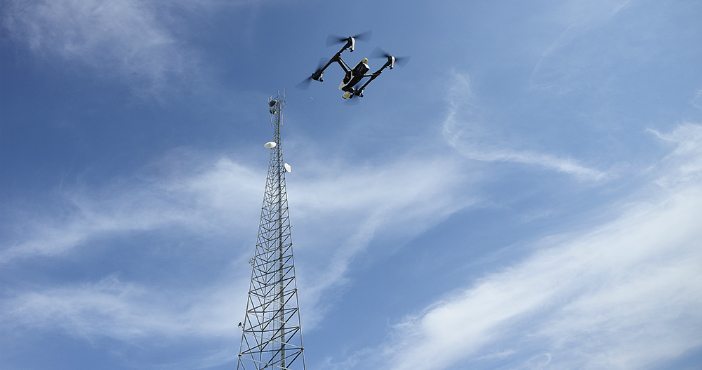 How telecom operators can benefit from drones

Drones in the telecom industry

Unmanned aerial vehicles (UAVs), or drones, are often characterized as toys or weapons, but they are also seen as maintenance tools among telecom operators. In a global report on the commercial applications of drone technology, PwC estimates the addressable market of drone powered solutions in the telecommunications industry at $6.3 billion. Below explores the different ways wireless carriers and telecom operators are looking to take advantage of the technology.

Tower climbing has been recognized as one of the most hazardous jobs in the world. Increasingly, however, drones are being used to conduct tower inspections, capturing pictures, video and data about towers, and sending it to the carrier network automatically. In addition to saving lives, drones can carry out routine audits and inspections faster than when done manually. The data captured by these devices during inspections is often more reliable too.

Using drones for tower maintenance can help telecom operators cut expenses in more ways than one. A single tower climb can cost anywhere between $2,000 and $5,000, depending upon the scope of the inspection. Drones are extremely lightweight and cheaper to deploy by comparison. Additionally, the technology is less expensive to launch next to larger aircraft, such as helicopters or airplanes.

Drones can also be used for radio planning and line-of-sight testing, where line-of-sight refers to a clear path between two antennas. For example, using the technology, various obstacles that degrade radio signals, such as trees, buildings and hill tops, can be identified and avoided. This information can then be used to determine the ideal location and height for an antenna.

Drones can be leveraged to help get telecommunications infrastructure back online in wake of a disaster as well. Last year, for example, AT&T used LTE-equipped drones to reconnect some Puerto Ricans who lost wireless service following Hurricane Maria. Generally though, these types of devices, which AT&T describes as “flying COWS” (cells on wings), can be used to help boost signal strength in the short-term for areas impacted by a catastrophe.

To explore drone use cases beyond the telecommunications industry, click here.

Facebook
Twitter
Linkedin
Previous articleT-Mobile US CFO: ‘5G is band agnostic’
Next articleAT&T CFO on the business benefits of FirstNet and 5G