RCR Wireless NewsIntelligence on all things wireless.
YOU ARE AT:Big Data AnalyticsCisco, Teradata partner on architecture and analytics for smart cities 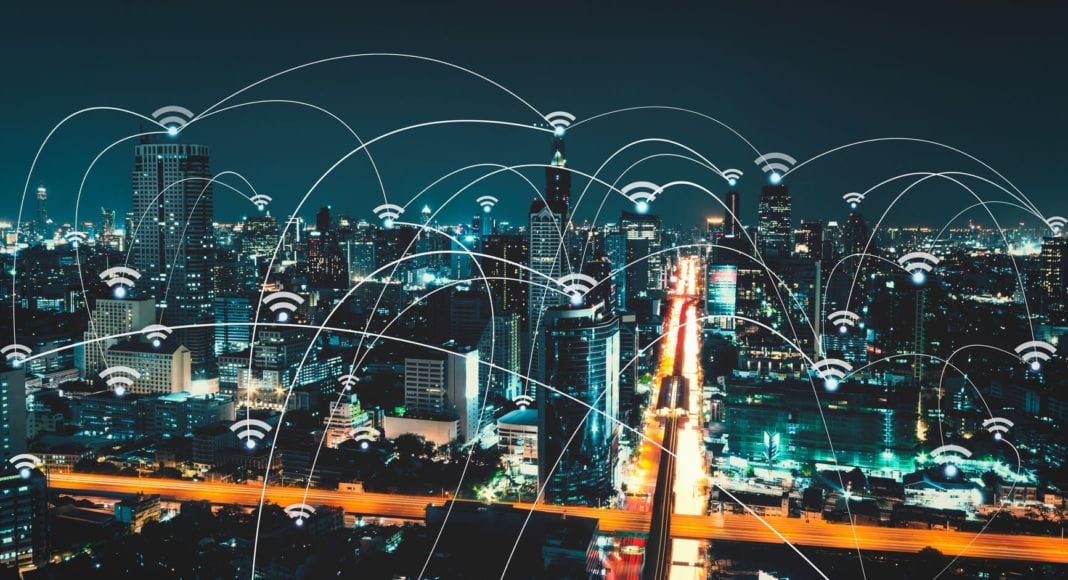 Cisco, Teradata partner on architecture and analytics for smart cities

Cisco and Teradata are partnering on a platform for smart cities that integrates Cisco’s Kinetic for Cities IoT platform with Teradata’s big data analytics capabilities.

“The good news is, smart cities are starting to happen,” said Maciej Kranz, VP of Cisco’s corporate technology group, who leads IoT strategy. “In the past, we’ve had challenges with business models, we’ve had challenges with deployments, with the architectures. He said that at this point in smart city ecosystem development, it was important to formalize repeatable models for smart city project deployment.

“We all talk about connecting devices, but it’s about these devices generating data and us analyzing the data. Without analytics none of this connectivity will make sense,” he said.

The two companies have been working together in the smart city realm, and Cisco has been a Teradata customer for approximately a decade, according to Teradata CTO Stephen Brobst.

“We have a lot of joint customers and a lot of joint work together, but it wasn’t really tested, packaged and integrated,” said Brobst. “This is formalizing it and making it easier for customer to adopt.”

Serving cities means both achieving repeatability and easy deployment without reinventing the wheel each time, but also ensuring a degree of flexibility so that solutions can be tailored to each city’s needs. Brobst said that many of the existing competing solutions are “monolithic systems”, versus Cisco and Teradata’s approach — which is to view cities as businesses which need the ability to deploy incrementally, focus on a couple of key use cases and get IoT projects quickly to the point of self-funding. At the same time, Brobst said, IoT point solutions that only address one issue without a comprehensive architecture and a view into interrelationships across different city services and/or data sources aren’t the right solution either. Kranz said that approach can slow deployment.

“You have to have that flexible architecture,” Kranz said. “At the end of the day, it’s about responding to business needs rather than technology.”

Brobst called Cisco and Teradata’s approach a “start small but think big attitude,” and that the architecture approach differentiates between what data needs to be centrally processed — the important events that signify behavioral changes — versus what is more economically feasible and makes more sense to process on the network edge.

Having good data drives successful smart city projects, Brobst said. He cited one example in Spain, where within the travel corridor between Barcelona and Spain, he said, about 80% of people flew rather take the regional train because trains were rarely on time. Siemens proposed a solution to the Spanish government in which it would essentially provide transportation-as-a-service rather than trains themselves. The company outfitted trains and tracks with sensors and were able to improve timeliness to the point that they began promising customers that if a train was more than 15 minutes late, their tickets would be free — and they had the data to know exactly what level of risk they were taking on in making that promise. Brobst said that as a result, about 80% of travelers between Madrid and Barcelona now take the train, basically reversing the travel ratio — and in 2017, he added, Siemens only had to give one trainload of tickets away in the course of the year.

Kranz emphasized that smart city deployments are happening now. Cisco, he said, has 14,000 customer deployments across all major industries — and the two companies are equipped to handle the large-scale of full smart city operations, he added.

“I do think we are in a perfect-storm situation,” said Kranz. “The technology has matured. We’ve learned from proof-of-concepts, and now we can deploy at scale. But also, we have experimented with business models and now I think we have created business models — whether they are in parking or lighting or transportation or garbage collection — that can be deployed across cities.”