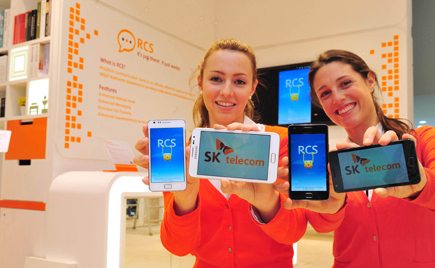 SK Telecom developed “hologram AI” and autonomous driving solutions for consumers, and fronthaul and relay tech for the network

Right now KT is showcasing advanced experiences for fans attending the 2018 Winter Olympics Games, and the operator has plans to expand 5G services in the coming quarters. Rival operators LGU+ and SK Telecom both have comprehensive plans for rapid commercialization of next-gen networks, with the latter maker major strides in fronthaul, relay and application development for 5G.

To get an idea of how SK sees 5G taking shape with its users, let’s take a look at what the company plans on highlighting during the upcoming Mobile World Congress 2018. From a network side, the company will use the 3GPP’s non-standalone 5G New Radio (NR) standard to demo 5G/LTE interoperability in the 2.6 GHz, 3.5 GHz and 28 GHz bands. Users can tap 5G for what the company calls “hologram AI,” something it bills as “a completely new mobile communications experience.”

SK Telecom will also provide an update on its connected car, which uses V2X to communicate with other vehicles, infrastructure, pedestrians and networks. The autonomous vehicle concept is the result of testing, completed in September 2017, that saw the vehicle travel 26 kilometers in real world traffic conditions at a speed of up to 80 kilometers per hour.

The vehicle demonstration took place on the Gyeongbu Expressway, the most heavily travelled expressway in Korea, and the vehicle traveled approximately 26 kilometers at a speed of up to 80 kilometers per hour (50km/h on average). The telco explained that the car’s software has been designed to not exceed that speed in accordance to the government regulation on test-driving of autonomous vehicles.

In July 2017, SK Telecom has received a license from the Ministry of Land, Infrastructure and Transport for testing its autonomous driving car on local roads. SK Telecom’s Vehicle Tech Lab has been working closely with diverse partners, including a team from the Seoul National University and LG Electronics, to develop self-driving technologies such as artificial intelligence computer, sensors, communication and route determination/tracing.

The operator has also created a 200-member task force in order to speed up the process to launch commercial 5G services. The group is led by Suh Sung-won, head of the mobile network operation (MNO) division, and includes staff from four major divisions ― MNO, media, internet of things (IoT)/data and service platforms.

On the network side, SK Telecom self-developed a 5G fronthaul technology that has been adopted as a Korean national standard by the country’s Telecommunications Technology Association (TTA). The fronthaul specification was released as an open standard to help small- and mid-sized vendors and startups enter the market, in contrast to LTE fronthaul where major vendors use their own specifications.

The carrier has also developed a relay technology for 5G through collaboration with High Gain Antenna and subsidiary SK Telesys. The goal is to enable operators with service stability stability in ultra-high frequencies like the 28 GHz band.