RCR Wireless NewsIntelligence on all things wireless.
YOU ARE AT:OpinionThe biggest headlines of 2017… and 2018 (Reader Forum) 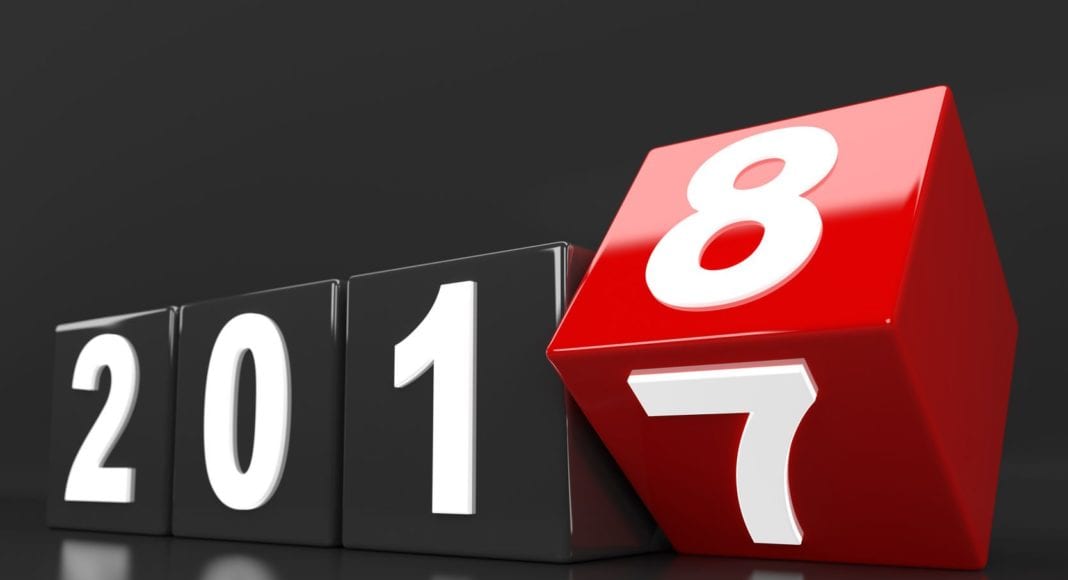 As 2018 kicks off, it’s important to consider what’s in store for telecommunications in the New Year and also understand what the industry did — or didn’t — accomplish last year.

From the Broadcast Incentive Auction to carriers’ ongoing efforts to become content providers, the sector had some exciting developments in 2017 and is poised for a more significant change in the months ahead.

While in all likelihood they’ll be some interesting surprises in 2018, following are a few predictions on what will impact the industry in 2018, as well as a recap of some of the more important developments from this past year.

Although 2017 was supposed to be one of the most exciting years for telecommunications, the reality is that while there were some important catalysts to help the industry move forward, there were few major surprises. Yes, results from the Broadcast Incentive Auction were underwhelming, and the T-Mobile/Sprint deal didn’t materialize. However, Comcast officially entered the wireless space with the launch of its MVNO offering and IoT trials, and AT&T secured the FirstNet rights bringing the idea of a first responder nationwide network one step closer to reality. That said, the industry seemed more focused on steadying itself for the future versus creating a major disruption.

Experts and industry insiders were left scratching their heads at the results of this spring’s Broadcast Incentive Auction. Not only did several of the top carriers not participate, but the auction brought in significantly less revenue than expected. The results highlighted how differently carriers are beginning to look at spectrum compared to even a year ago — e.g., 600 MHz is no longer “beachfront” spectrum — and how they’re considering alternative strategies to expand their networks and prepare for 5G.

In response to an exponential increase in content consumption via mobile devices as well as competition from T-Mobile and Sprint, Verizon and AT&T began re-offering unlimited plans just a few years after they were discontinued. While all four major U.S. operators are now offering unlimited plans — which have pleased consumers — it’s added immense stress to networks, forcing carriers to find new ways to relieve traffic as users no longer scramble to jump from LTE to Wi-Fi in fear of data plan overages.

California took a major step in protecting the rights of its cities and towns when the governor vetoed a bill that would have set statewide rental rates for public assets and allowed carriers to pre-empt local zoning laws for small cells. The action sent a strong message to carriers looking to expand their networks on municipal land and may have set a precedent for other states to follow suit.

Friction between carriers and municipalities hit a high this past year, and 2018 is likely to be no different. As carriers prepare their networks for 5G, there will be more attempts to preempt zoning and set specific commercial terms, triggering pushback from local governments who don’t want to lose control. However, if carriers want to meet their network goals and municipalities want to offer residents connected living, both will need to work together to create an equitable approach for streamlining access to public and privately-owned land and structures.

Whether or not it’s successful, AT&T’s attempt to acquire Time Warner will have a big impact on the industry in 2018. The company has set a new course for owning both content and distribution, and other carriers should pay attention to its strategy. Regardless of the outcome, the ultimate winner will be consumers who’ll likely see lower prices and more incentivized plans as content and distribution come together.

As video-to-home via fixed 5G puts AT&T, Verizon and T-Mobile in direct competition with cable companies, carriers will continue to look for new ways to get a leg up on offering content. Given the removal of Net Neutrality — and the fact that carriers would be able to limit and block video and content on their networks — they may have it in 2018.

In the second half of 2017, we saw carriers team-up with original content providers such as Netflix and Hulu to offer free services to their network subscribers. As demand for content continues to rise, it’s not far-fetched to expect carriers to look for additional content partners that can help expand their market share. Not surprisingly, many content providers may even view participation in these partnerships as mandatory if they want favorable access to consumers in this era of OTT content delivery.

While tech companies in Silicon Valley have been talking for some time about building their networks, 2018 might be an important year for moving that possibility forward. This in large part will be driven by the desire to be independent from carriers who’ll have more control over content distribution in the absence of Net Neutrality. Given this, Silicon Valley will begin to lay the groundwork for a new, shared network while Google will push to build the foundation of the CBRS network due to its recent approval to use 3.5 GHz spectrum.

Ultimately, it’s impossible to know what will happen this year especially given the myriad moving parts that have the potential to change the whole equation. However, what we do know is that 2017 laid the foundation for what looks to be an exciting and groundbreaking 2018r where various levels of convergence — from content and carriers to municipalities and infrastructure providers — will take place. Fasten your seatbelts; it’s going to be a fun and interesting ride.