RCR Wireless NewsIntelligence on all things wireless.
YOU ARE AT:5GSamsung connects moving train to 5G link 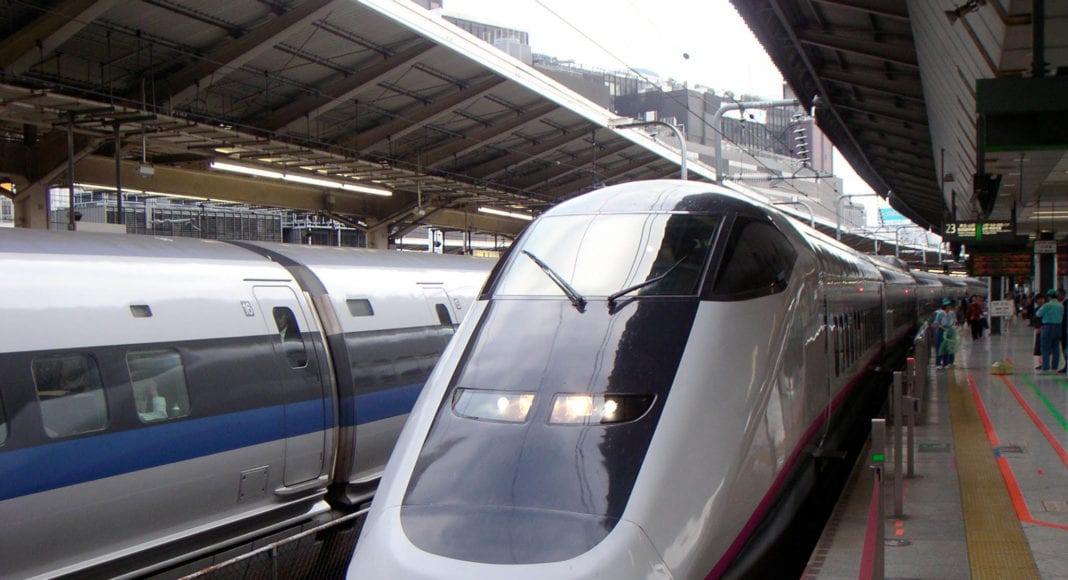 With lots of pre-standard 5G attention going toward fixed wireless access as a replacement for fiber-to-the-home or fiber-to-the-premises, Samsung, working with compatriot operator KDDI, is testing out mobility use cases using a pre-standard end-to-end solution.

Over a one-mile stretch of track with the Tokyo-area train moving around 60 mph, KDDI and Samsung tested out consumer-facing use cases including downloading an 8K video and filming and uploading a 4K video filmed by a camera mounted on the train. In testing conducted Oct. 17-19, the peak download rate was 1.7 Gbps.

The pre-standard system included a 5G CPE, radio, virtualized RAN and virtualized core. Looking ahead, Samsung said the 5G deployment scenario could be used for backhauling in-train Wi-Fi, infotainment and, for the train operator, improved security and analytics functionality.

KDDI painted the trial as a move into “vertical business models,” according to Yoshiaki Uchida, KDDI senior managing executive officer. “With 5G expected to bring railway services to a whole new dimension, the success of today’s demonstration in everyday locations such as a train and train station is an important milestone indicating 5G commercialization is near.” KDDI plans to launch commercial 5G by 2020.

The two companies previously collaborated on testing mobility aspects of 5G including multi-cell handover back in February, using pre-standard equipment mounted on a car traveling around Tokyo at peak speeds of more than 100 mph.

Youngky Kim, president and head of networks business at Samsung Electronics, said next-generation networking technology “is powerful enough to transform the landscape of our daily lives. The success of today’s demonstration is a result of our joint research with KDDI, which we will continue to pursue as we explore next generation networks and use cases. This will include research on diverse spectrums and technologies, as well as new business models and applications.”