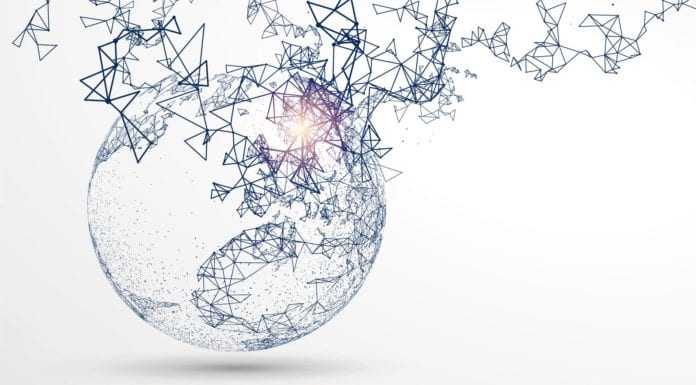 Who attends 3GPP meetings and why do they attend?

The men and women who attend 3GPP meetings come from companies around the world and across the entire wireless ecosystem. The member companies include mobile operators, handset manufacturers, infrastructure suppliers, test equipment companies, and modem chipset companies. There are also participants representing companies that only have a tangential interest in cellular technologies or a vertical market that potentially benefits from cellular. Examples include companies targeting location-based services, radio broadcasters, and the automotive industry. While sitting in a 3GPP session, it isn’t uncommon to literally rub elbows with a major European operator on the left-side and a relatively unknown Asian handset manufacturer on the right-side. Depending on the meeting, there could be anywhere from a few dozen participants to several hundred people sitting in a large conference room.

There are several reasons why people attend these meetings. For many people, it is a full-time job and they spend most of their professional careers traveling around the world and racking up frequent flier miles. Their motivation for attending the meetings traces back to their respective companies’ interest in the standardization process. Mobile operators want to align their network strategies to the standardization process while also making sure their views and personal preferences are pursued to the greatest extent possible. These objectives range from the somewhat trivial (e.g., introducing specification changes to allow LTE to support a new frequency band) to more critical aspects, such as pushing the standards body to implement a new feature within LTE or to accelerate the 5G standardization process so that the standardization schedule aligns with their deployment plans.

For vendors, there are multiple objectives. The vendors need to align their product roadmaps to the direction the industry is heading and the strategies of their operator customers. There is also a clear need to have a universally-accepted and followed standard in place. Without a standard, mobile phones from different handset manufacturers wouldn’t be able to communicate with each other, especially when traversing networks from two different infrastructure suppliers. No one wins in this situation. Additionally, vendors want to monetize their internal R&D efforts, either by steering the evolution of the standard to more closely align with their planned product roadmaps or to get the standards body to incorporate features and capabilities where the company potentially has valuable intellectual property. This topic is hot at the moment and we’ll return to it in a future article. Suffice it to say, 3GPP exemplifies the art and politics of compromise. Unless a company truly has the best technical solution and the support of its peers, competitors and customers, then it won’t be successful in getting its idea(s) incorporated into the standard. In many cases, the 3GPP specifications, which define the 3G, LTE and 5G standards, represent a mashing of ideas from multiple companies after countless hours of discussion and compromise where meeting somewhere in the middle is often the end result.

What is the basic organizational structure of 3GPP?

3GPP is comprised of three overarching groups – called Technical Specification Groups (TSGs) using 3GPP vernacular – with each group overseeing a specific aspect of the standardization process. One group is responsible for radio access, or pretty much everything that falls between the cell towers and the mobile devices. Another group is responsible for the overall network architecture, such as how the cell towers connect with each other and route traffic to the Internet or to another service provider’s network. This group is also responsible for security and defining the services (e.g., voice) that the cellular technologies must support. Finally, a third group addresses the core network, or the guts of a cellular network, including the signaling messages that track and allow the mobile devices to move throughout the network(s) while maintaining their connections.

All the TSGs and working groups have leadership teams. These individuals are responsible for managing the meetings, facilitating debates, documenting the meeting notes, and making sure everything remains on schedule, or at least close to it. The leadership teams are elected by their peers to serve multi-year terms. From what I’ve observed a leadership team is typically comprised of people from both the vendor and operator community, although there are not any hard and fast rules regarding the mix. One common trait is that these individuals have a long experience with the 3GPP process and they are well respected by their peers.

Where does 3GPP meet and how often do they meet?

Attending 3GPP meetings on a regular basis isn’t for the faint of heart or for people that have a fear of flying. Since the standardization process is a global effort and 3GPP is comprised of member companies from around the world, the meetings also take place around the world. If nothing else, it allows everyone to experience jet lag at least a few times per year. The meetings generally take place in large hotels with suitable facilities for hosting the event. Typically, the host city is easily reachable from all over the world, but not necessarily a top destination city in its prime tourist season. Think West Palm Beach, Florida in June or Dubrovnik, Croatia in March versus Paris, France in August.

Each working group and plenary meets at least 4 times per year – once per quarter. With the tremendous amount of work facing the standardization body, there are frequently additional meetings scheduled throughout the year. These meetings could include the entire working group or the meetings could be limited to individuals who are interested in discussing and moving forward one feature. As an example, there could be a supplemental meeting – called an ad hoc meeting – on modeling how 5G performs in millimeter frequency bands. Anyone interested in this specific topic would attend while everyone else would stay home.

Each meeting generally lasts 3-5 days with a typical day starting at 8 or 9 AM and running until at least 6 or 7 PM. Frequently, the days become nights and there are numerous horror stories involving meetings going well past midnight before the work is finished.

What goes on during a typical meeting?

There is no such thing as a typical meeting but there are some generalities worth mentioning. The week generally starts with everyone gathered in a large room. There is always a bit of gamesmanship when it comes to finding the best seat, or any seat for that matter, given the attendance at some of these meetings. It isn’t unheard of for a company to sneak into the room after midnight and stake out a couple of rows for its members. I should know since I have my preferred locations and I know from experience who to avoid sitting next to. For some reason, the Swedes are the loudest talkers so if you sit in front of them, you won’t hear a word the entire week.

The meeting chair kicks off the meeting and the host company tells us all about the great city we are visiting and all the great places we should check out during our stay. To me, it’s a running joke since no one ever ventures outside for the entire week. Over the course of the day / week, we follow a previously agreed to agenda with an agenda item being something like “5G New Radio” or “Status Reports” – the latter provides great insight into all 3GPP activities.

As the week progresses, the meeting starts to resemble a large multi-tasking effort. There are meetings in breakout rooms to further discuss an agenda item – especially an agenda item where there are some contested views. There are also informal meetings taking place in the hallway, in the back of the room, and via email. In these informal meetings, vendors and suppliers try to work out their disagreements and come up with a “way forward.” Frankly, it is kind of cool to stick your nose into one of these meetings and hear operators speak openly and frankly about their priorities for 5G and why they must have a certain feature but they could care less about another feature. As a side note, a 3GPP meeting is a very colloquial (“friendly”) affair. Everyone seems to know everyone else and they generally get along just fine. It isn’t uncommon to see competitors share a dinner together or a drink at the bar – at a minimum, they engage in friendly conversation on topics other than wireless throughout the week.

All these submissions, breakout sessions, and sidebar meetings ultimately lead to a new cellular standard or an advancement to an existing standard. This is where the rubber meets the road and it is worthy of its own set of fun fact questions, which we’ll tackle soon in another article.

Does anything happen in between meetings?

Although a 3GPP meeting is an action-packed week, I think far more activity takes place when the meetings are not taking place. First, a company must prepare for the next meeting. These activities include R&D efforts to determine the best solution or recommended approach to address a particular requirement. In addition to identifying the solution, the company must develop a convincing argument and data, which it can use to convince its peers at the upcoming meeting. If it is smart, a company will also float its idea(s) in advance of the meeting to secure wider interest and/or to help it identify potential areas of contention that it might need to address before getting 3GPP to approve its idea.