RCR Wireless NewsIntelligence on all things wireless.
YOU ARE AT:CarriersCarriers talk network strategy for 5G, unlimited 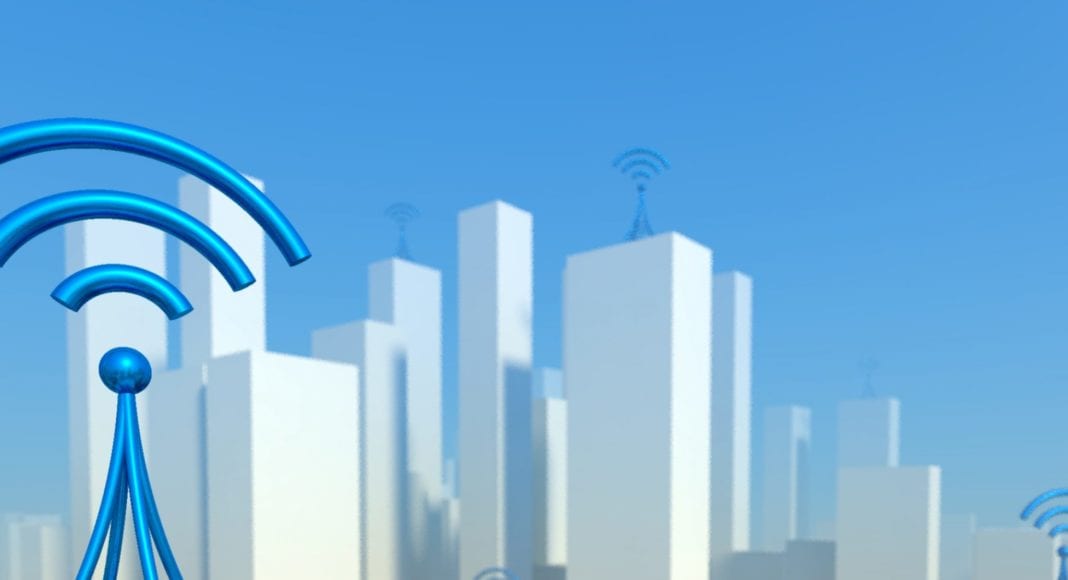 The CEOs of AT&T, Sprint and Verizon laid out some of the key points driving their network strategies at last week’s Goldman Sachs Communicopia conference. Verizon continued its laser-focus on its network, particularly on laying the groundwork (or fiber, in this case) for 5G; AT&T aims to make gigabit network speeds more ubiquitous as well as reap value from becoming a major digital media company with the acquisition of Time Warner; and Sprint discussed its continuing turnaround and the shift it is making toward more aggressive network upgrades now that the company as a whole is a more stable business.

Sprint CEO Marcelo Claure declined to dish on any merger and acquisition plans that Sprint might have, but was eager to talk about the carrier’s positive momentum in gaining customers. He said that Sprint “did more in July than in entire last quarter. This is a good quarter,” and that in terms of service revenues, Sprint is “very close to that inflection point” where service revenues shift from stabilizing to growing.

“There is a lot of things working to our advantage, and I will say, finally, the brand is turning,” Claure said. Unlimited offerings have been center to Sprint’s strategy for awhile, and Claure said that more than 60% of Sprint’s customer base is on an unlimited plan. “We are huge believers in unlimited,” Claure said. He went on to add that “the way we are building our network is pretty much to serve unlimited customers.” In particular, he cited the use of three component-carrier carrier aggregation as “a game changer” that favors Sprint, along with the introduction of massive multiple-input-multiple-output.

“We are going to be able to have by far, the most capacity of any U.S. carrier,” Claure said. “When you see capacity surging right now because of the use of unlimited, it is difficult for competitors to be able to keep up with the rising data, and to be able to continue to provide a great quality of service. To us, it’s the opposite … massive MIMO combined with 3CA will give us an advantage in terms of unlimited, and that’s why, in a way we are happy that the whole U.S. has turned unlimited, and this plays exactly to our sweet spot. On a long term we feel extremely, extremely positive in terms of our ability to offer unlimited to our customers, because of the available capacity that we are going to have.”

He also said that Sprint is focused on using digital customer acquisition and simple plan offerings as a way to trim customer acquisition costs, and that on the network side, the carrier is taking a more disciplined approach on capital expenditures. Next up, Claure said, is for Sprint to “get back at expanding our coverage.” He said that Sprint plans to add “a few thousand macro sites in the next 18 months” while also boosting its small cell deployments. He said the carrier has “launched a massive upgrade, in terms of our existing towers” so that nearly all of its macros will have 800 MHz, 1.9 GHz and 2.5 GHz enabled.

“The time has come now to expand our coverage, and basically to make sure that every single one of our towers have basically three sites,” Claure said. “We have done it in specific markets and the results have been incredible. … Now, that we have a business that has been stable, you are going to see higher levels of investment.”

Lowell McAdam, chairman and CEO of Verizon, focused on the service provider’s investments in its network in preparation for 5G — which McAdam said is “on our doorstep.”

“Our view on the network of the future is what we call an intelligent edge network. … We’re redesigning the network to be from the cloud through high-speed fiber infrastructure to edge computing to 5G. We think we’ll still have 4G, but 5G will be the technology that delivers the highest speed and the greatest capability to the customer over the last mile,” McAdam said. “The beauty of a 5G intelligent edge network is you can design a network to meet whatever your specific application needs. … It’s much more of an industrial focused network than it is a consumer focused network although consumers will get that 100 times more throughput.

McAdam cited Verizon’s test market for 5G as well as the accelerating global standards work, and said that “this platform is not two or three years out the way it was a year ago. It’s on our doorstep, and I think it’s going to be huge.” He said that Verizon is “repurposing” investments in 3G and its Fios buildout to shift them toward 5G and fiber, “but it’s a different architecture than what we’ve done before. Everything we’ve done in the past is sort of purpose built, it was built either to support the sale side or support the enterprise. The new architectures that you see with the software defined networks in the intelligent edge, the fiber doesn’t care and so neither do we, what service it goes over.”

McAdam said that overall, in his view, “the biggest draw is going to continue to be network quality. … Differentiation of the network is going to be the cornerstone for our business for years to come.”

AT&T’s Randall Stephenson focused on the company’s value as a digital media player, saying that he expected to see more moves in the industry with distribution, communications and media elements coming together. He said that much of the value of such tie-ups is in “taking an incredibly rich trove of data that [exists] in these communication companies, and taking advantage of that in the media company. … We’re getting really excited about the opportunity here, because the advertising opportunity we think is significant.” he said that between AT&T, DirecTV and Time Warner, AT&T will have about 1 trillion customer impressions to take to the advertising market per year. But Stephenson also said that additional revenues from advertising can be used to generate customer discounts to enable AT&T’s communications business to drive down prices and take a larger market share.

“We are creating a media and communications telecom and technology company that we think is going to be really, really unique. And I think this is a trend in terms of industry that you are going to see more of,” Stephenson said.

He also touched on the need for extensive gigabit network speeds. AT&T, he said, is using LTE Advanced Pro network features in Austin to achieve 750 Mbps speeds and that it plans to “deploy that broadly over the next year or two,” adding that observers will also see AT&T “invest aggressively … in deploying fiber, fiber-to-the home, fiber-to-businesses, and fiber to all the cell sites.” Stephenson said that AT&T has secured “a nice footprint” of millimeter wave spectrum and “you’ll see us begin building that out in end of 2018 timeframe. … This is how over the next few years you get 1 gig speeds ubiquitously. That is our target.”