RCR Wireless NewsIntelligence on all things wireless.
YOU ARE AT:CarriersHawaii is 15th state to sign up for FirstNet 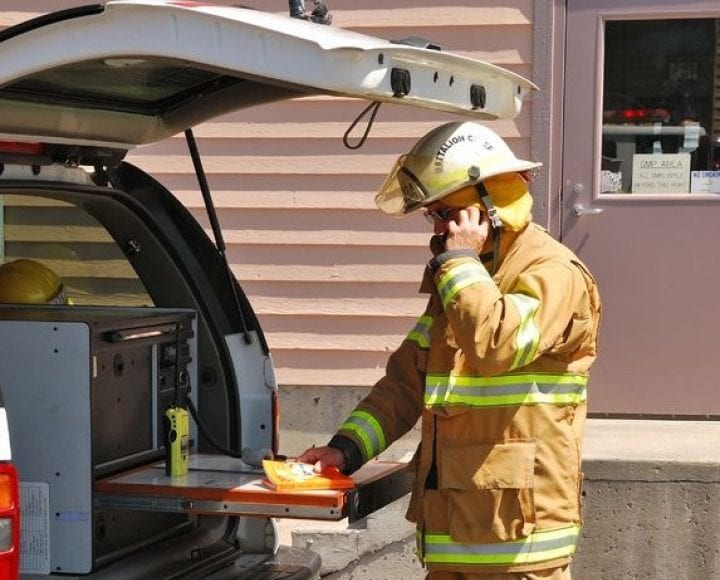 Hawaii is 15th state to sign up for FirstNet

As AT&T readies to begin deployment of a nationwide LTE network dedicated to public safety officials, the public-private FirstNet plans continues to see traction at the state level. This week Hawaii opted into FirstNet bringing the total to 15 states and one territory.

Fire, police, EMS and other first responders in Hawaii, and elsewhere in the FirstNet footprint, will have priority access to AT&T’s LTE network immediately, the carrier said it expects to activate preemption features by the end of the year.

The federal government is kicking in $6.5 billion while AT&T is investing $40 billion to build out the nationwide network and deploy the 700 MHz spectrum, which the carrier is also able to tap into to bolster its own operations.

Earlier this month at the Oppenheimer Technology, Internet and Communications Conference, John Stephens, AT&T senior executive vice president and chief financial officer, said, “The process is moving faster than we expected. The opportunity is we had some WCS spectrum and AWS-3 spectrum that we had not yet placed into service in any significant way. With the 20 megahertz of 700 [MHz spectrum] that we get from FirstNet, and the funding from FirstNet to put into service, we can put all…60 megahertz of spectrum into service at the same time. Pay for one tower climb and get three units of spectrum put into service at the same time. You get tremendous coverage across the country. You take your 100 megahertz of low- and medium-band spectrum and take it up to 160 [megahertz], but all of the new spectrum is going to go in at LTE or, eventually, 5G speeds. That opportunity, along with the continued development of 5G, we believe will allow us provide a tremendous broadband mobile experience. Combined with our fiber build out and our 5G build out, we believe we can be very attractive and very successful.”

And while AT&T was picked to build FirstNet, Verizon isn’t going to be left out. “We’re making the investments necessary to give public safety access to the best possible network coverage, reliability and capability, when and where they need it,” Michael Maiorana, senior vice president, Public Sector for Verizon, said in a statement. “Our public safety network will provide a comprehensive and cost-effective solution for public safety, and we’ll continue working to offer first responders the network reliability and access to innovative services they need to keep our communities safe.”