RCR Wireless NewsIntelligence on all things wireless.
YOU ARE AT:Network InfrastructureMacquarie Telecom deploys SD-WAN in Australia 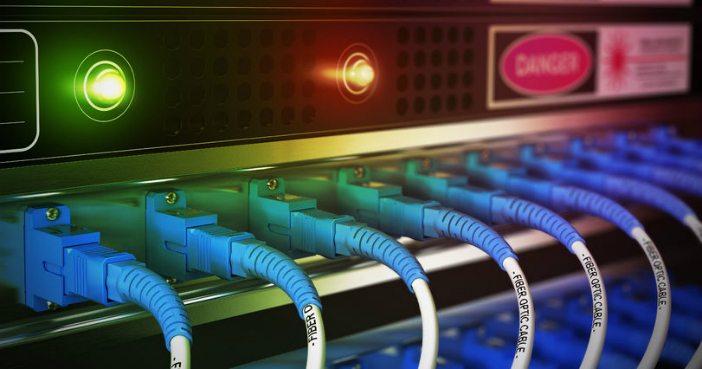 SD-WAN is a developing architecture that centralizes control of WAN traffic flows across various network paths through application program interfaces (APIs). WAN technologies originated in the 90s and have since taken the telecom industry by storm with the push toward virtualization. According to research by IDC, the software-defined WAN market is projected to see a compound annual growth rate of 69.6% and reach $8.05 billion by 2021.

Macquarie Telecom’s solution combines multi-path and multi-carrier routing services, meaning if one link has performance issues, the packets are automatically routed to another line during the same session. The system redirects traffic flows to the best pathway to ensure low latency. Macquarie Telecom says the majority of comparable solutions either do not provide this degree of agility, or substitute it with a path selection, which attempts to reuse a dropped link before trying another connection.

“It’s like always knowing which lane will get me from A to B the fastest,” said Michael Davies, customer and emerging technologies director at Macquarie Telecom. “If there’s traffic on the road, the SD-WAN can automatically change my lane to that with the least amount of traffic within milliseconds – and I don’t have to do a thing, the system changes the lane for me automatically.”

An essential feature of Macquarie Telecom’s new service is intelligent dynamic packet routing, which carries network functions across a myriad of links encompassing NBN, private links, 4G or microwave links. Moreover, businesses have access to as many as 2,500 applications pervading their networks through an individual screen called the Orchestrator. The company says its SD-WAN is the only solution on the market capable of utilizing multiple carriers.

VeloCloud provides Macquarie Telecom with its SD-WAN technologies, which has partnered with a number of other telecom heavyweights including AT&T, Earthlink, Vonage and Sprint. In 2015, VeloCloud published an Internet Quality Report that found internet links failed 25% of the time to provide a level of application demanded by businesses during working hours. In the same report, VeloCloud’s cloud-delivered SD-WAN was able to achieve quality performance 99% of the time during working hours with the same internet links.

More recently, VeloCloud launched the Security Technology Partner Program, comprised of partners working together to provide security of SD-WAN. Macquarie Telecom’s SD-WAN service has security baked into it with public key infrastructure (PKI) in its low-touch edge box, and abides by relevant security standards. In addition, TMC, an integrated media company, awarded the VeloCloud Cloud-Delivered SD-WAN a 2017 Communications Solutions Product of the Year Award in July. Macquarie Telecom reviewed 28 other worldwide providers before choosing to partner with VeloCloud, making it the first telco to offer a true SD-WAN solution in Australia.

Well, technically… there’s a lot that we need to reevaluate in a 5G world (Ep. 75): Cradlepoint’s Donna Johnson

AI will take SD-WAN to the next level (Reader Forum)