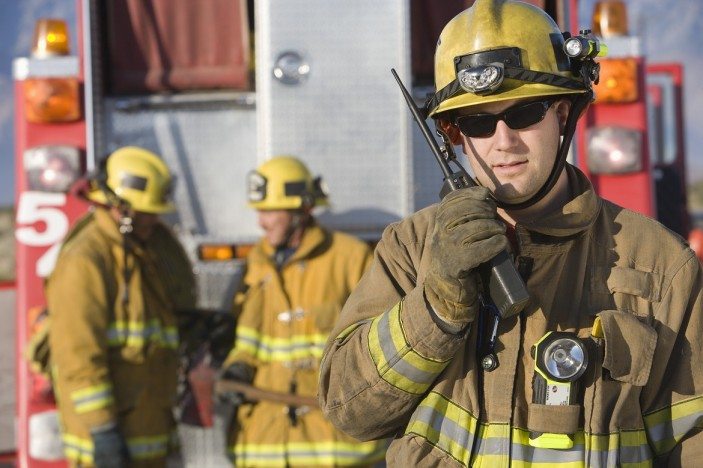 After hanging in limbo over a bidding dispute, we’re now one month into the public-private partnership between AT&T and FirstNet that will see the U.S. carrier spend more than $40 billion to construct a nationwide LTE network dedicated to use by first responders.

According to FirstNet CEO Mike Poth, during the first month stakeholders have developed an online portal to communicate state-specific plans to the relevant authorities, as well conducted early talks on core network architecture. Poth also said state-level officials charged with overseeing their own portion of FirstNet, dubbed State Single Points of Contact (SPOCs) will come together “to preview key information.”

On March 30 AT&T CEO Randall Stephenson joined federal officials to announce hat starting this fall, AT&T will be spending $40 billion of its own money on the FirstNet network – in addition to the $6.5 billion that it will receive from FirstNet for the build. AT&T spends about $20 billion per year on network capital expenditures ($22.4 billion in capex in 2016, according to its annual report). Secretary of Commerce Wilbur Ross said the public-private partnership is expected to create 10,000 jobs in the first two years of the contract and the FirstNet network “will change an untenable status quo by providing first responders with the tools they need to keep us safe. Today is a landmark day for public safety.”

Poth said in a recent blog post the FirstNet build will leverage AT&T’s existing network “meaning less time to better outcomes for the public they serve and protect.” He noted that prior to availability of Band 14, which has been designated for public safety communications, AT&T would set up a priority access/preemption service on all of the carrier’s LTE bands “as soon as the end of this year. This will dramatically increase the capacity available to public safety without having to wait for the availability of Band 14.  It will provide first responders with unprecedented access to the Network when the need arises without impact or competition from commercial customers.”

AT&T has partnered with General Dynamics, Sapient Consulting, Inmarsat Government and Motorola Solutions on the project. Motorola Solutions, moving to bolster its public safety solutions bench, on May 1 announced an agreement to acquire Kodiak Networks, a privately held broadband push-to-talk (PTT) provider. Motorola already offers PTT-over-cellular, and, with the pending acquisition, would add over-the-top broadband PTT to its portfolio.

“In the quickly evolving space of broadband PTT, we expect the Kodiak acquisition to expand our offerings and strengthen our ability to provide solutions to mobile network operators, especially for commercial markets,” said Bruce Brda, executive vice president, Products and Services, Motorola Solutions. “Kodiak has a significant presence with mobile network operators and an established reputation for providing carrier-integrated solutions that complement Motorola Solutions’ software and carrier capabilities.”