RCR Wireless NewsIntelligence on all things wireless.
YOU ARE AT:PolicyIndustry weighs in on DSRC for V2V communications (Part 2) 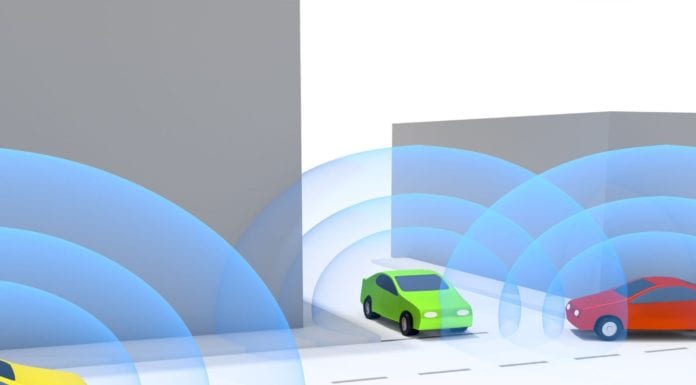 Industry weighs in on DSRC for V2V communications (Part 2)

As the cellular industry and standards bodies increasingly seek to support connected vehicles, the federal government is considering whether to mandate the use of dedicated short-range communications capabilities – or interoperability with DSRC – in all new light vehicles. The public comment period for the National Highway Transportation Safety Administration’s proposed Federal Motor Vehicle Safety Standard DSRC rulemaking closed this week.

Below are selected excerpts from telecom and transportation companies and organizations on the National Proposed Rulemaking, which would involve a timeframe in which a final rule on the subject would be made in 2019, a phase-in period would begin in 2021, and compliance would be required by 2023. (Read comments from AT&T, Verizon Communications and others in part one.)

NXP: NXP is the DSRC [vehicle-to-everything] technology leader with its RoadLINK solution, a complete, automotive grade, secure V2X system solution currently in production with a major [North America original equipment manufacturer]. Security in wireless communications is paramount and is why the RoadLINK system solution incorporates a high performance secure element comparable with the standards of banking cards or electronic passports designed to deter and prevent hacking attacks in the connected car. After more than 1 million days of V2X testing, we are contributing to the “state of the art” and are convinced that the technology is mature, safe and ready for deployment worldwide. NXP endorses NHTSA’s conclusion that short of a mandate, reaching a critical mass of vehicles with vehicle-to-vehicle communications capability to realize the full potential of safety benefits faces great uncertainty. NXP supports a mandate over a “if-equipped” standard to achieve a critical mass in the quickest timeframe possible.

NHTSA proposes a two year lead time after the final rule is adopted to begin the phase-in period. … As the V2X industry chipset leader we believe the semiconductor industry will be ready to fully support the phase-in period.The NPRM proposes to mandate the use of IEEE 802.11p technology as the basis for V2V communications in the 5.9 GHz band. Currently a debate is ongoing between supporters of DSRC IEEE 802.11p and cellular technology over the suitability of each supporter’s technology for secure, reliable and low latency V2V communication for safety applications. NXP believes that DSRC IEEE 802.11p is the only proven and production ready technology today that meets the V2V safety requirements. It is reasonable to envision that given significant time and investment, an automotive grade LTE V2V technology and product suitable for V2V safety applications could eventually be achieved and ready for mass deployment, but only after extensive testing and validation including interoperability with DSRC radios.

As NXP, we fully support the proposed mandate of DSRC technology for V2V while recognizing the potential for coexistence with an interoperable alternative such as LTE/”5G” technology. Yet the mandate and rollout of the lifesaving DSRC technology should not be further delayed while the cellular community continues to work on their LTE/5G V2V standards and eventual product development, testing and validation.

Qualcomm: As a strong and long-standing believer in the value of V2V safety communications, Qualcomm has been developing both the original DSRC technology and, more recently, 4G LTE-based and 5G cellular technologies (known as cellular V2X or C-V2X) to support V2V communications. Qualcomm strongly supports the pressing need for V2V operations in dedicated licensed spectrum and integration into vehicles to improve roadway safety and save lives.

As noted in the NPRM, technological innovation in this area is ongoing and is one of Qualcomm’s core foci. … We provided technical support as DSRC progressed from applied research to pilot tests, culminating in the safety pilot that validated the hypothesis that V2V communications can indeed save lives on our nation’s roads. Qualcomm has continued to innovate with our automotive partners and is currently expanding the V2V safety opportunity beyond DSRC to include cellular V2X (4G LTE-based and 5G technologies), which bring additional benefits. Qualcomm’s wireless chips were in the DSRC equipment used by the Crash Avoidance Metrics Partnership and DOT in Safety Pilot Driver Clinics and Model Deployment work, and our chipsets will be used in upcoming trials around the world to demonstrate the viability of using cellular direct communications connectivity for V2V safety applications. We are working with automakers to incorporate these technologies into solutions that can support any new [FMVSS].

Qualcomm asks NHTSA to consider interoperability beyond the constraining premise in the NPRM that DSRC will be first in the field and that alternative technologies would have to interoperate with DSRC equipment (e.g., by receiving BSMs). Defining interoperability in this way impedes innovation and could impede the U.S. from experiencing important mission critical benefits of the 5G future. To be clear, Qualcomm supports DSRC as a useful technology, but the NPRM’s definition of interoperability picks DSRC as the de facto technology winner. We believe there should be an objective evaluation based on realistic deployment models that assess variations of a mandate and market penetration of 4G LTE and 5G devices that include C-V2X capabilities.

NGMN Alliance: NGMN recognizes that during the past 10 years, substantial efforts were taken to develop and test these use cases based on DSRC technology, however we would like to note that cellular-based communication technology already has been widely deployed within vehicles (and is increasing in adoption), not only for information and entertainment purposes but also for the purpose of maintaining and increasing safety and security including software updates. We note that the cellular attach rate for newly manufactured vehicles in the North America market already has line-of-sight to achieving nearly 100% penetration. This includes a present state where automotive OEMs are effectively and increasingly leveraging cellular connectivity for updates ranging in size from [five megabytes] to [one gigabyte].

Furthermore, NGMN has already identified that some of the proposed V2V safety applications cannot be implemented effectively with DSRC technology. For instance, the DNPW application may require a higher distance range than what will be supported for DSRC BSMs (300 meters), when vehicles are traveling at high speeds. As described in Chapter 5, C-V2X nearly doubles the communication range which can better address the DNPW at high speeds. It can also be expected that currently proposed and future V2X applications may be implemented with significantly higher performance standards and would allow for a better experience if using C-V2X.

In addition, today’s market has shown that some safety use cases have been already implemented utilizing cellular connectivity and related backend services. Examples in this area include, forward collision warnings based on crowd sourced sensor information of location and the speed of multiple vehicles (see for example commercial services at Here, TomTom, Inrix, et al.), and hazardous location warnings emanating from a backend service based on emergency brake lights or blocked lanes indicated by crowd sourced vehicle sensor information (see e.g. Daimler, V2X series product). Those kinds of applications and their market success can be even accelerated and widened by a mandate. From the customer’s perspective, the benefit of using cellular technology and backend services for safety applications in parallel to direct V2V communication may be achieved from day one, because the service is not strictly dependent on the availability of other cars as direct communication partners.

BMW: In general, BMW believes that the NPRM should be amended to be technology neutral by giving adequate consideration to all communication technologies when prescribing specific requirements and not solely focusing on (DSRC). While the regulatory text makes an attempt to leave the door open for interoperability with other communication technologies, this attempt is biased in its requirement that these other technologies must be able to communicate with DSRC, but not the other way around. DSRC is therefore effectively mandated as a standalone technology. BMW believes that many of the shortcomings of DSRC can be efficiently and cost effectively addressed by cellular-V2X technologies in the very near future. … We urge the agency to consider rewriting the requirements of this rule to be performance-oriented and technology neutral.

Wi-Fi Alliance: Wi-Fi Alliance strongly supports NHTSA’s goal of promoting vehicle safety. Pursuing that goal should proceed in parallel with the efforts of the (FCC) and (DOT) to determine how the 5850-5925 MHz band can be shared between the (DSRC) service – which NHTSA envisions will support V2V communications – and unlicensed devices. That work is ongoing and allowing time for a full assessment of the potential for sharing is critical to determining how the 5.9 GHz band can satisfy the needs of V2V communications and the skyrocketing demand for unlicensed spectrum capacity. … NHTSA should remain conscious of the integral part that Wi-Fi plays in the communications ecosystem and that the FCC, with DOT’s input, is evaluating the potential shared use of the 5.9 GHz band by Wi-Fi and DSRC systems.

National Transportation Safety Board: During recent NTSB crash investigations, we determined that collision warning and avoidance systems capable of storing and retrieving vehicle and system performance information would aid in the evaluation and improvement of such systems, as well as facilitate a better understanding of crashes. For example, we recently investigated a multivehicle crash in Cranbury, New Jersey, in which a truck-tractor semitrailer failed to slow for stopped traffic in an active work zone and struck a limo van. Twenty-one people in six vehicles were involved in the crash. One limo van passenger died, and four other passengers were seriously injured. The truck-tractor was equipped with an advanced braking system capable of providing FCW alerts to the fatigued driver. However, because of limited data recording capability, the system did not record any forward radar sensor data, which made it difficult to analyze and assess both the crash and the system’s performance. As a result of this investigation, the NTSB recommended that manufacturers of collision warning and avoidance systems for use on commercial vehicles include in those systems the capability to store and retrieve data pertaining to object detection, driver audible/visual alerts and interventions for a period and at a data rate adequate to support crash investigation and reconstruction. … The NTSB maintains that NHTSA should consider developing minimum data recording requirements for V2V technology to ensure a crash-hardened system with a minimum retention period and data rate adequate to analyze system performance and make necessary improvements.

Read Part One of industry comments on the proposed V2V rulemaking here.

What’s the role of artificial intelligence in the future of 5G and beyond?

How to monetize MEC: ‘There is no easy button’