RCR Wireless NewsIntelligence on all things wireless.
YOU ARE AT:5GFCC looks to move Lifeline control back to states 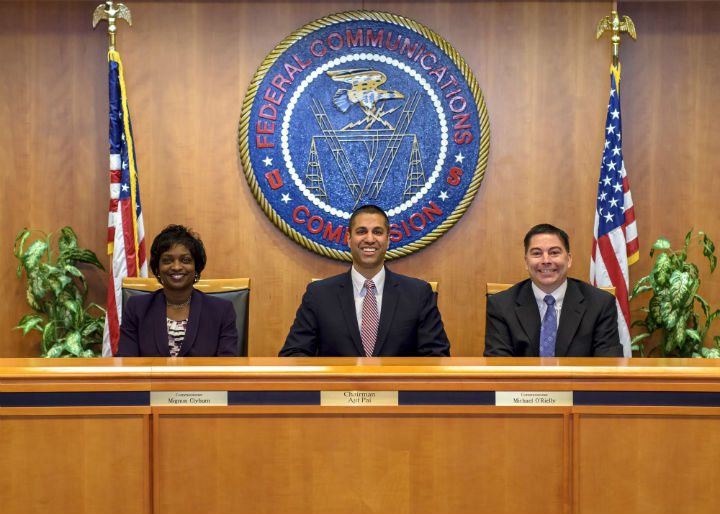 FCC looks to move Lifeline control back to states

Pai said that while he supported Lifeline reforms initiated last year by Wheeler that included the addition of broadband services set to include “5G” wireless technologies, the agreement “was undone by those who preferred a party line vote.

“But as we implement the Lifeline program – as with any program we administer – we must follow the law,” Pai said in a statement late last week. “And the law here is clear: Congress gave state governments, not the FCC, the primary responsibility for approving which companies can participate in the Lifeline program under Section 214 of the Communications Act. This is how the program worked over two decades, over three administrations and over eight chairmanships.”

In stating his plans, Pai said he was instructing the Office of General Counsel to stop defending against actions from 12 states challenging the FCC’s authority in approving Lifeline providers and instead to send the cases back to the FCC for “further consideration.” Pai also said he did not think the FCC’s Wireline Competition Bureau should continue with its previously instituted authority to review Lifeline Broadband Provider applications.

“Hundreds of companies have been approved to participate in the Lifeline program through a lawful process,” Pai explained. “Indeed, over 99.6% of Americans currently participating in the broadband portion of the program receive service from one of those companies. New companies can enter the program using this process and I encourage them to continue to do so. Given this context, it would be irresponsible for the bureau to allow companies to sign up customers for subsidized broadband service through an unlawful federal authorization process that will soon be withdrawn. This would force many consumers to switch broadband providers in a relatively short period of time, which wouldn’t be fair to them.”

Some noted Chairman Pai’s move could undercut the Lifeline program.

“Chairman Pai ignores the facts, the record and the law,” said Carmen Scurato, director of policy and legal affairs at the National Hispanic Media Coalition. “His misguided approach on how to improve the Lifeline program is simply a ruse that will lead to the ultimate demise of the program. His plan, which includes eliminating the new federal designation process for Lifeline Broadband Providers, will ultimately deny America’s poorest families and their children the opportunity to connect to affordable broadband.”

The FCC last year under Chairman Wheeler adopted Lifeline program reforms, which included the establishment of an independent National Eligibility Verifier to determine the eligibility of consumers enrolling in Lifeline in order to prevent abuses. The proposal also included plans to add broadband connectivity to the program that would make available $9.25 per month to support standalone broadband services and bundled voice and data service packages to low-income consumers. Those connectivity options are expected to include LTE service in order to meet the government’s definition of broadband, with “5G” technology expected to further deployment and service options.

The Lifeline program is designed to provide discounted phone service to low-income consumers. Under Lifeline program rules, eligible telecommunications carriers receive $9.25 per month for each qualifying low-income consumer receiving phone service, including up to an additional $25 per month for eligible consumers residing on Tribal lands, and are required to pass a discount equal to the reimbursement along to the consumer.

The FCC has attempted to corral the waste and fraud issues surrounding the Lifeline program, including fining operators for gaming the system.

A number of telecom operators have altered their approach to the Lifeline program, including AT&T late last year announcing plans to opt out of the system due to changes in the program. Sprint last year announced a deal to merge its Lifeline-focused Assurance Wireless service with I-Wireless’ Access Wireless service, which will operate under the I-Wireless brand and focus on the Lifeline program.