RCR Wireless NewsIntelligence on all things wireless.
YOU ARE AT:5G'Everything is different' for 5G antennas 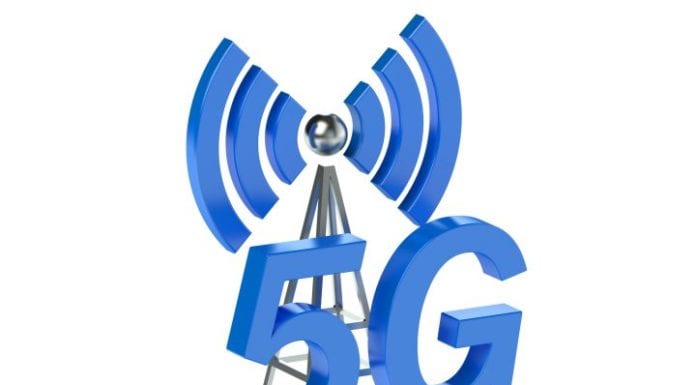 ‘Everything is different’ for 5G antennas

“5G” antennas are expected to be smaller, more numerous and part of more high-gain systems than those that have served 3G and 4G systems, and they will need more advanced steering and scanning techniques in order to function well at millimeter wave frequencies.

Jeff Shamblin, CTO of antenna manufacturer Ethertronics, outlined the features and challenges for 5G antennas during an address at the recent 5G Innovation Summit in California.

“As we move into millimeter wave, everything is different from 4G into 5G,” Shamblin said.

Shamblin explained there will be three primary differences in 5G antenna design: the interface between the antenna and the radio frequency front end; the use of arrays instead of single antennas; and reliance on beamsteering. In general, Shamblin said, antenna systems for 5G will need to support higher gain in order to maintain the same or similar range as previous technology generations. However, he noted, antenna sizes are shrinking and the ability to use arrays of small antennas does mean high gain becomes easier to accomplish.

Earlier this year, Qualcomm demonstrated a 5G antenna system with about 27 decibel gain – which, according to a blog entry by Joe Hoffman, managing director and VP of strategic technology at ABI Research, is “about 10 to 12 more db than a typical cellular base station antenna.”

While 5G antenna systems can produce high gain, Shamblin went on to say “the problem is the beamwidth will reduce.” Third-generation and 4G systems have gotten very good at providing broad radiation patterns from a single, omnidirectional device antenna, he noted, but “you’ll have to consider direction of arrival for high-gain antenna systems.”

Luckily, a variety of beamsteering approaches are being developed as part of 5G – as well as beamscanning and reporting to the network on the status of several beams that a wireless device might potentially make use of.

Shamblin also said that since the antenna arrays are so small – just 3 millimeters by 3 millimeters for one antenna – it’s possible for reception to be established similar to techniques used by the military in aircraft: by placing multiple arrays in, say, the four corners of a device. However, the small size of each antenna also means much tighter requirements for precise manufacturing, as tiny errors can throw off the ability of such small antennas to function properly.

Watch an interview with Shamblin below: